A natural antidote to the contagion

Taking the serum is one aspect. The spike protein contagion now being experienced in large numbers by those who did not take the serum, but just visited a relative or friend who did, is an entirely new and unprecedented other aspect. 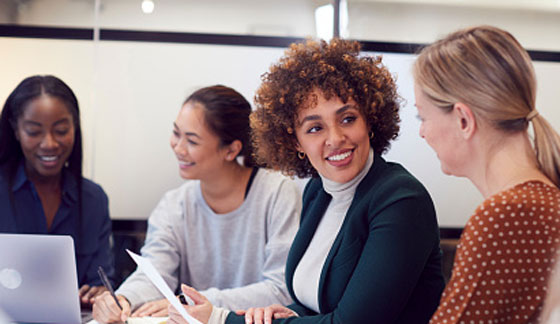 What are the side effects being seen by this contagion?
• massive headaches
• micro-clots and sudden bruising throughout the body
• exceptionally heavy menstrual cycles among both the young and post menopausal
• miscarriages
• reduction in breast milk
• sterility among both women and men
• household pets dying shortly after the owners get the serum.

An antidote to the contagion

An antidote to the contagion, that has been known of by the upper levels of the medical establishment and insiders of the elitist class for almost 100 years, is called Suramin, an isolated compound originally derived from an extract of pine needle oil. It is only available by injection, and has been a closely guarded secret not made openly available to the masses during this “pandemic”, yet is an effective solution for parasites and viruses of several kinds, along with a large number of other conditions. Yet anyone can now take advantage of this solution by tapping its root origin, pine needle tea, an antidote that is freely available today in evergreen forests and in many people’s backyards.

How can this simple remedy work so well in the face of such a seemingly insurmountable condition?

There is a direct relationship between Suramin (the isolated extract), pine needle macerate (a cold-water extract of the pine, fir, cedar, and spruce needles), and pine oil (which is derived from the needles though an essential oil steam distillation process). All three are derived from the properties of the conifer needle.

It is far better to get Nature’s whole herb source than just a tiny fraction of an extract. There are many other benefits that can be derived from the whole herb that will be missing from the isolated chemical.

Those who maintain high levels of health are not affected by either the serum nor the transference contagion. Their immune system seems to be warding off side effects at this point. Come winter when the spike protein in their bodies will be challenged with new pathogens, we will all discover our true levels of health. Anyone on the fence health-wise, or depleted (which can be said of many of us today), are being affected to varying degrees.

The trail from Suramin to Pine Needle Tea

Here is the trail of science and data that shows the derivative relationship between pine needles and Suramin (“the elitist’s antidote” to microbial illnesses) – and which also provides a potential antidote for those affected by the spike protein contagion (for reasons explained within the following data).

When suramin was introduced for the treatment of African sleeping sickness in 1922, it was one of the first anti-infective agents that had been developed in a medicinal chemistry program. Starting from the antitrypanosomal activity of the dye trypan blue, synthesized in 1904 by Paul Ehrlich, Bayer made a series of colorless and more potent derivatives. Molecule 205 was suramin, synthesized by Oskar Dressel, Richard Kothe, and Bernhard Heymann in 1916. Sleeping sickness (also known as human African trypanosomiasis [HAT]) was at the forefront of research at that time, not a neglected disease as it is today, and the development of suramin was a breakthrough for the emerging field of chemotherapy.

Suramin proved to have many molecular targets to conquer, in 100 years. So it becomes easier to understand its antidote properties to the spike protein contagion (derived from the mRNA that gives instructions to replicate a spike protein in other cells). It has been observed that Suramin decreases the activities of a large number of enzymes involved in DNA and RNA synthesis and modification: DNA polymerases, RNA polymerases, reverse transcriptase, telomerase, and enzymes involved in winding/unwinding of DNA are inhibited by suramin, as well as histone- and chromatin-modifying enzymes like chromobox proteins, methyltransferases, and sirtuin histone deacetylases. This is medical-speak for inhibiting the inappropriate replication and modification of RNA and DNA.

Research work also revealed Suramin’s ability to inhibit micro-clots. Molecular studies proved that Suramin also showed inhibitory effects against components of the coagulation cascade. Excessive coagulation causes blood clots, mini-clots, strokes, and unusually heavy menstrual cycles. This is why so many people are dying today of blood clots after receiving the serum, and why others are now showing unexplained bruising after coming in contact with one that has taken the serum.

Something is being transferred from one to the other, likely through the breath, complemented by a type of sympathetic resonance, or pheromone emanation. The method of transfer is unclear at this point, but is certainly occurring. This phenomenon is not an accident, these symptoms were known well in advance of unleashing this serum on the public. Vaccine trials have been going on for decades. Why did they decide to test a completely new approach with the mRNA without animal trials, thus using humans as the first test case for their effectiveness?

Any natural medicine with 0.01% of these deaths and side effects would have been pulled from the market immediately. That our professionals and decision-makers have continued to allow this sham to continue reveals that this sham is intentional.

The upper echelon of the medical profession promote this program to the people, while they exempt themselves from it, and then take their personal antidote to prevent being affected by the transference contagion.

Since when is it acceptable to kill thousands of people and maim hundreds of thousands more with a “medicine”??? Why are we finding this OK? Why are we still trusting the media and the medical wizards that dreamed up this sham? When will enough be enough?

This antidote it is readily available in the form of pine needle tea. How do we know this? Because Suramin is a derivative of the oils in pine needles.

The whole herbal source (needles) is superior to the single compound extract (Suramin) – because the needles possess a full complement of phytonutrients providing numerous additional benefits that the extract is incapable of. Pine needles are high in vitamin C and A among numerous other compounds which provide a long list of benefits. 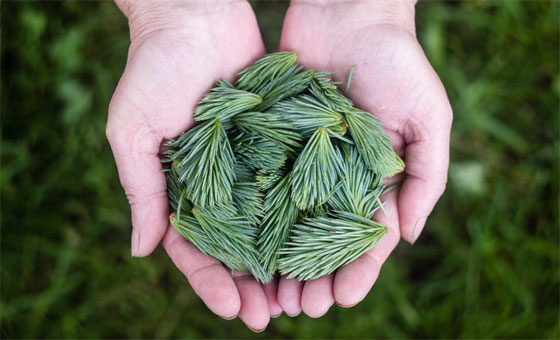 There are other known benefits that pine needle tea and the tea made from other conifers share, which include:

Herbalists the world over have known all along about the benefits of this simple natural tea. Pine needle tea has been used medicinally worldwide for thousands of years.

A few notes of caution:
– be careful with the yew pine (which is not a true pine) and can be toxic, although it does have a few medicinal properties;
– the cypress is not to be used as an essential oil in high doses, but normally safe otherwise;
– the ponderosa pine is not good for cows mostly due to the observation when pregnant cattle eat the needles the loss of the calf has been observed, but has a long history of health benefits for humans for respiratory conditions, cuts, wounds, and burns, etc.

By far the vast majority of conifers have been used medicinally for thousands of years with an excellent track record. Get to know your trees. They may provide a medicine cabinet full of health benefits to you and your family.

Pine, spruce, cedar, and fir needle tea may end up being the easiest way to gain the numerous benefits of the evergreen trees, along with a natural protection against unhealthy replications of spike proteins today. Combine with other herbs as desired to obtain further benefits and flavors.

Dosage: 3 cups per day or more of any desired strength (based on the quantity of needles added to a French press or teapot) with an approximate 1-3 tablespoons of needles per cup of warm water (maximum 40ºC). This is a maintenance health-building dose.

Stronger amounts of needles to water can be used therapeutically. If it feels too acidic (due to the vitamin C) for your system, moderate the quantity and complement the tea with alkalizing food and dark green herbs or sea vegetables.

In order to grasp the seriousness of the situation we are in, and to understand why, we need to look back in history to the times in which this very day had been forecast, obviously planned for, and now created.

Do your part. Take care of yourself first, then look to assist any willing to listen and join in the reconstruction.