Aleksandr Solzhenitsyn understood the fatal attraction that socialism has for the West. And of course, he understood better than anyone else the profound damage that socialism inflicts on any society in which it’s ascendant. With the creeping leftism that has infected every aspect of American society, and tremendous damage to every aspect of America, Solzhenitsyn’s words are proving more prophetic than ever. 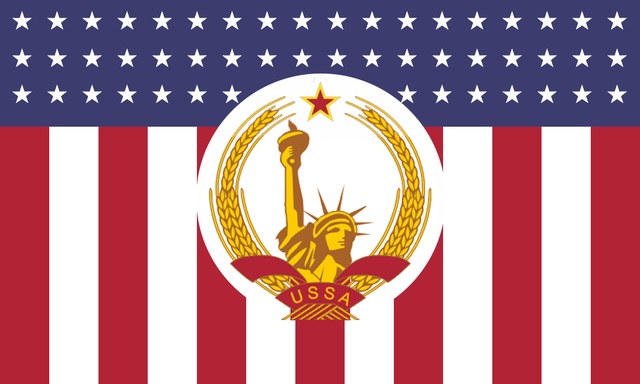 In his Warning to the West, Solzhenitsyn wrote the following:

„The decline of contemporary thought has been hastened by the misty phantom of socialism. Socialism has created the illusion of quenching people’s thirst for justice: Socialism has lulled their conscience into thinking that the steamroller which is about to flatten them is a blessing in disguise, a salvation. And socialism, more than anything else, has caused public hypocrisy to thrive; it has enabled Europe to ignore the annihilation of 66 million people on its very borders.

There is not even a single precise definition of socialism that is generally recognized: all we have is a sort of hazy shimmering concept of something good, something noble, so that two socialists talking to each other about socialism might just as well be talking about completely different aspects. And of course, any new-style African dictator can call himself a socialist without fear of contradiction.

There is a frightening nexus between the socialists’ evil, cruelty, and lust for power over the mass of sheeple like in the old Soviet Union, East Germany, Poland, and Romania, and the same vices in today’s socialists over the modern mass of sheeple. This is a horrifying aspect to witness for those of us who discern what is going on and understand that what is unfolding in America in 2022 is a repeat of history in other countries.

Globalist elites have many more tools (technological, medicinal, and media) to work with today. Imagine what Stalin, Hitler, Honecker, Ceaușescu, and other monsters of history could have done with these tools? Europe, which is already descending deep down into the globalistic hellhole, would have gotten there much faster.

So, what’s the socialist math in America (understanding that socialism is the umbrella term for the evils of the 20th century: communism, nazism, fascism)? The key to all these systems is complete government control. That is, the unique names are the numerators, whereas the underlining denominator is a tyrannical government. It’s shocking how many of these numerators are already in place in America. Here is just a partial list:

So, what can possibly go wrong? No, that’s the wrong question. The real question is: what has already gone wrong? Is the Titanic Ship America about to hit a big bad iceberg?

Facts and reality have a way of checking lies and ignorance, and yes, the hate of the elites against us. If one can’t see past the basic physics to understand something higher than all of us, and to reach for that higher power, we’re lost as a nation.

U.S. Department of Defense awarded a contract for covid-19 research in Ukraine 3 months before covid was known to even exist