Army remote viewer & NASA scientist share the truth about life on ancient Mars: it used to be like Earth

“The more we observe Mars, the more information we’re getting that it really is a fascinating planet, from the Curiosity Rover we now know that Mars once was like a planet very much like Earth, with long salty seas, with fresh water lakes, probably with snow capped peaks and clouds and a water cycle just like we’re studying here on Earth… Something has happened to Mars, it lost its water.” The quote above comes from John Grunsfeld, a five-time space flow astronaut and associate administrator of NASA’s Science Mission Directive. 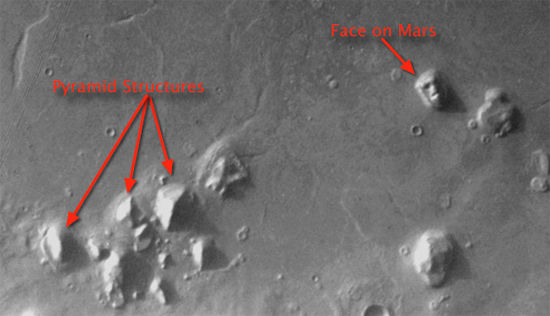 It was given at a NASA press conference where representatives told the world that there is water on Mars, that it’s not the dry, arid planet we imagined it to be, and that it was once very much Earth-like and still holds the possibility of harbouring life. After all, water means life.

While this announcement came as something of a shock to the public, scientists have been telling the world for some time now that Mars was once very much Earth-like, that it probably hosted some form of life, and that something happened in Mars’ past which completely changed its planetary/atmospheric conditions.

What’s more, many prestigious scientists, high ranking military personnel, and political figures have been coming forward to disclose sightings of strange objects flying within our atmosphere that defy our current understanding of physics. Some also assert some of these objects could be extraterrestrial, and there is “abundant” evidence we are not alone in the universe.

One of many examples is Dr. Norman Bergrun, a mechanical engineer who has worked for Ames Research Laboratory, NACA (National Advisory Committee for Aeronautics), and Lockheed Missiles and Space Company, now known as Lockheed Martin. He then went on to found Bergrun Engineering and Research. You can view some of his publications for NASA, where he worked for more than a decade, here.

In this interview, Bergrun accuses that agency of “garbling” photos and fudging data, as well as hiding the fact that there are intelligently controlled objects out there, greater than anything we could ever imagine.

It’s interesting that NASA held the press conference confirming that Mars used to be Earth-like when Dr. John Brandenburg, who worked for NASA, has been speaking about this for years. Brandenburg has worked on space plasma technologies, nuclear fusion, and advanced space propulsion, and invented the Microwave Electro-Thermal plasma thruster using water propellant for space propulsion. He was also the Deputy Manager of the Clementine Mission to the Moon, which was part of a joint space project between the Ballistic Missile Defence Organization (BMDO) and NASA. The mission discovered water at the Moon’s poles in 1994.

Brandenburg has been lecturing and writing for the past couple of years on the pyramid structures that have been found on Mars, as well as relaying to the public that the giant “face” discovered on Mars by Viking in the 1970s is an actual, giant face. He says NASA knows this and that, contrary to their assertion that they don’t know what caused the dramatic shift that occurred in Mars’ atmosphere, they know there was a nuclear blast – a fact proven by nuclear isotopes found on the planet. “We have found, in a nutshell, that Mars used to be Earth-like, in the past, and became, eventually, the home not only to life, but a humanoid civilization, and that civilization was apparently destroyed by a nuclear attack from space, and we have to send astronauts there to find out what exactly occurred. Did the people on Mars know who did this to them? And how can we make sure that this doesn’t occur to us?” – Dr. John Brandenburg. (Source) 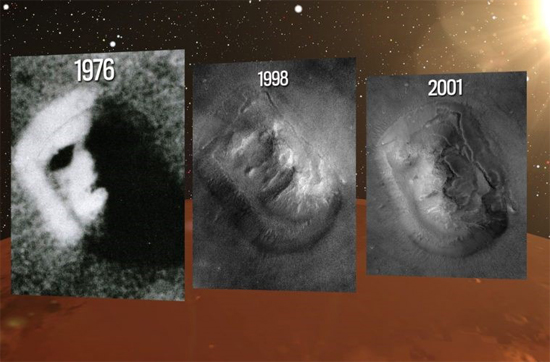 The picture above, which includes the pyramid, was taken from a lecture given by Brandenburg (at the 26:46 mark).

Any scientist who publicly shares information that challenges commonly held belief systems, as well as what’s been put out by mainstream media, will always come under public scrutiny and ridicule.

In another lecture given by Brandenburg (below), he goes into more detail regarding these strange anomalies, and about the civilization that once existed there.

The STARGATE project was one of multiple programs that the U.S. government undertook to examine non-material science and “psi” phenomena like telepathy and telekinesis. It ran for more than two decades, and a lot of information regarding the program has since been declassified and opened for public viewing.

The program was used multiple times for successful intelligence collection, as outlined in a paper published after the declassification in 1995:

“To summarize, over the years, the back-and-forth criticism of protocols, refinement of methods, and successful replication of this type of remote viewing in independent laboratories has yielded considerable scientific evidence for the reality of the [remote viewing] phenomenon.

Adding to the strength of these results was the discovery that a growing number of persons could be found to demonstrate high-quality remote viewing, often to their own surprise…

The development of this capability at SRI has evolved to the point where visiting CIA personnel with no previous exposure to such concepts have performed well under controlled laboratory conditions.”

One of the participants in that program was Joseph McMoneagle, a now-retired army veteran who was involved in the remote viewing program. Remote viewing is the ability of individuals to describe a remote geographical location up to several hundred thousand kilometers away (or more) from their physical location.

Remote viewing is also tied in with pre-cognition, and future events have also been successfully predicted. One example includes a Soviet Tu-22 bomber that was outfitted as a reconnaissance aircraft, lost in Zaire in 1979, then located by an Air Force remote viewer. President Jimmy Carter was aware of this, admitting to national press that the CIA, without his knowledge, once consulted a psychic to locate a missing government plane. According to CNN, he told students at Emory University that the “special U.S. plane” crashed somewhere in Zaire. The only aspect is that it was a Russian plane, not an American one. According to Carter,  “the woman went into a trance and gave some latitude and longitude figures. We focused our satellite cameras on that point and the plane was there.”

Another example is Ingo Swann, McMoneagle’s colleague, a man who was able to successfully describe and view a ring around Jupiter that scientists had no idea even existed. This took place precisely before the first ever flyby of Jupiter by NASA’s Pioneer 10 spacecraft, which confirmed that the ring did actually exist. These results were published.

“To determine whether it was necessary to have a ‘beacon’ person at the target site, Swann suggested carrying out an experiment to remote view the planet Jupiter before the upcoming NASA Pioneer 10 flyby.

In that case, much to his chagrin (and ours) he found a ring around Jupiter, and wondered if perhaps he had remote viewed Saturn by mistake. Our colleagues in astronomy were quite unimpressed as well, until the flyby revealed that an unanticipated ring did in fact exist.” – Dr. Hal Puthoff.

McMoneagle explained in an interview (below) how he detected “shadows of people, fragments” and was picking up on a memory of people once existing there. He said he found evidence of giant structures, pyramids, and an ancient people trying to survive, people who had sent out someone to look for a new home. He also had visions of tall, thin, humanoid beings.

We’re talking about a highly skilled army remote viewer coming from a very successful program. Simple put, remote viewing can work, which is why the U.S. government uses it.

General Stubblebine, a retired United States Major General who was also the Commanding General of the U.S. Army Intelligence and Security Command (INSCOM), also supported and involved himself in these programs. He once told the world that army remote viewers were able to find structures on Mars: “There are structures on the surface of Mars. I will tell you for the record that there are structures underneath the surface of Mars that cannot be seen by the Voyager cameras that went by in 1976.