You may think that liver disease is only a significant concern for those who drink alcohol excessively, but it’s currently estimated that 80 to 100 million Americans have nonalcoholic fatty liver disease, or NAFLD, a form of liver disease that occurs without alcohol abuse. 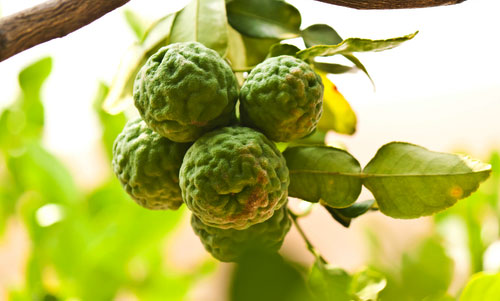 Because NAFLD can progress into other more serious issues such as cancer and cirrhosis, and is considered a risk factor for heart disease, kidney disease, and Type 2 diabetes, finding strategies to treat it has become a major public health priority.

As of right now, there are no FDA-approved medications for the condition, but research shows that lifestyle and dietary changes, like supplementing with bergamot and artichoke extracts, may be of help.

Bergamot and artichoke can reduce fat in the liver

In a study published in Frontiers in Endocrinology in August 2020, researchers enrolled 102 participants between the ages of 35 and 70 with fatty liver and slightly elevated cholesterol in a double-blind clinical trial.

The participants were randomized into two groups: one group received a placebo and the other group received a daily dose of 300 milligrams of Bergacyn FF, a supplement containing bioactive compounds from Bergamot and wild artichoke, also called wild cardoon or Cynara cardunculus L., for 12 weeks.

While bergamot and wild artichoke contain many bioactive substances, the researchers attributed the effects to polyphenols, specifically. Polyphenols act as antioxidants, helping combat oxidative stress and protecting the body from free radicals. They also stimulate lipophagy, the breakdown of fat droplets in the body. Citrus fruits are especially rich in a class of polyphenols called flavonoids, but bergamot, a bitter, inedible kind of citrus fruit, contains the highest concentration. 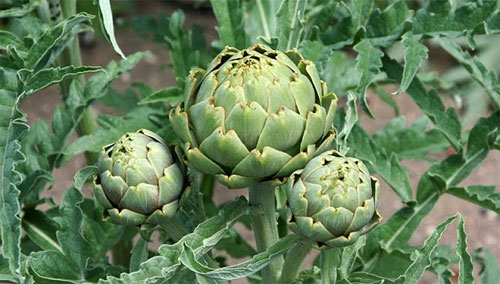 In an earlier study, researchers found that the combination of bergamot and wild artichoke extract could also decrease oxidative stress and combat vascular inflammation, or inflammation of the blood vessels in Type 2 diabetics with NAFLD.

What is nonalcoholic fatty liver disease?

To grasp why this study is so significant, you have to understand the impact of NAFLD and how it’s affecting the population. NAFLD is an umbrella term that encompasses two main forms of liver disease: nonalcoholic fatty liver (NAFL) and nonalcoholic steatohepatitis (NASH).

NAFL is the milder form. It’s characterized by the accumulation of fat on the liver, but without inflammation or damage to the liver cells. While some people with NAFL go on to develop more serious liver conditions, the risk is low.

Twenty percent of the 80 to 100 million Americans with NAFLD have NASH, and 30% to 40% of those with NASH will go on to develop scarring of the liver (fibrosis).

NAFLD on the rise in children

NAFLD was previously considered a condition that mostly affected adults, but because more and more children are becoming overweight or obese, it’s now also one of the leading causes of chronic liver disease in children. While estimates differ, NAFLD is thought to affect around 3% to 12% of the general pediatric population and 70% to 80% of children who are obese.

This is partly due to a certain gene variant called PNPLA3 and partly due to excessive sugar consumption. In a 2008 study, researchers found that having the PNPLA3 gene could increase the risk of fat accumulation in the liver and liver inflammation. The Hispanic population, who happen to be the most susceptible to fatty liver disease, are most likely to carry this gene.

Researchers from a different study specifically looked at how a high intake of carbohydrates and sugar could affect the livers of overweight Hispanic children with the PNPLA3 gene. They found that children who had two copies of the gene had more accumulation of fat on the liver when eating a diet with significant amounts of added sugar.

Fructose was especially concerning because it activated SREBP-1, a protein that plays a role in stimulating de novo lipogenesis, the process that converts carbohydrates into fatty acids in the liver and inhibits the breakdown of fats in the liver.

While there are no approved treatments for NAFLD, various studies show that scarring, inflammation and fat accumulation can all be reversed if the condition is caught early enough. Of course, it’s also best to prevent a condition like NAFLD rather than trying to reverse it once you have it. Fortunately, there are a lot of actions you can do, and lifestyle changes you can make, to support your liver health.

In addition to supplementing with bergamot and wild artichoke extracts, other modifiable factors that can have a significant impact on the development of NAFLD include:

Eliminating sugar from your diet – Consuming too much sugar is known to cause fatty liver disease by stimulating de novo lipogenesis. Fructose has the most significant effect, but sucrose (table sugar) and glucose can also contribute. While eating natural sources of sugar, like fruit, occasionally isn’t likely to cause a problem, you want to avoid added sugar, especially high-fructose corn syrup, in your diet.

Eating more choline – Choline deficiency has been connected to an increased risk of fatty liver. You can protect your liver and your health by increasing your intake of choline-rich foods such as eggs.

Losing weight (or maintaining a healthy one) – If you’re overweight, losing weight can help improve your liver health, even without changing any other factors. In a 2015 study that was published in Digestive Diseases and Sciences, researchers found that significant weight loss – defined as more than 10% of total body weight – could reverse fibrosis even in advanced forms of NASH. Some of the participants in the study even regressed from stage 4 NASH all the way back to stage 1.

Exercising regularly – Aerobic exercise helps you burn excess calories, reduces liver fat cells and can significantly reduce liver enzymes, even without any changes in weight. Exercise can also improve insulin sensitivity, which can also reduce your risk of developing NAFLD.

Limiting medications – Limit any medications to those necessary and follow dosing recommendations. Some medications, like corticosteroids, antidepressants, antipsychotics and tamoxifen (used to treat breast cancer) increase your risk of NAFLD and other health conditions. Reduce those risks by making lifestyle changes to minimize your dependence on medications.

A Secret Babylonian Cult – The Jesuits