Arthur Firstenberg received a letter from a woman in Florida describing the illnesses from which she has suffered for the past dozen years: Hashimoto’s disease, liver dysfunction, sinus infection, “exploding head,” complete loss of smell and partial loss of taste. “After all this time,” she wrote, “I now wonder how much radiation has been a part of my illness.” She has joined a Stop 5G group in her city. To protect herself she started to keep her cell phone in a “faraday pouch” when she was not using it, and she turned off her wifi at night. She also asked about the effectiveness of the various devices, pendants and chips being sold to protect oneself from the radiation. 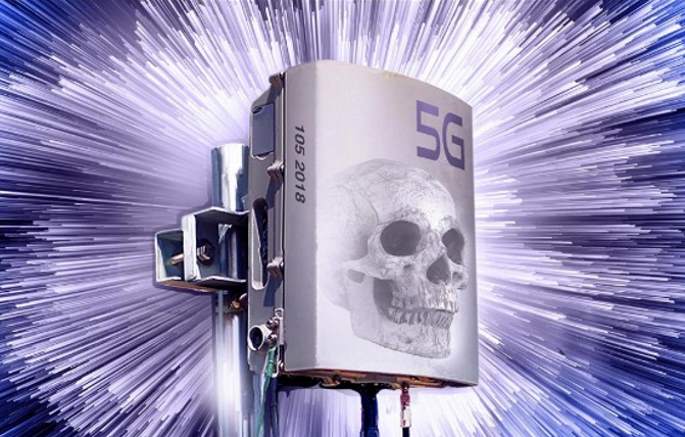 He replied to her as follows: “You are right to wonder how much radiation is a part of your illness. First and foremost, you should not ever use a cell phone or WiFi. Getting rid of all wireless on your person and in your home will make a tremendous difference in your health. A faraday pouch does not block all the radiation. A cell phone radiates even when it is off, as long as the battery is in it. And it takes your body several days to recover, even from a single two-minute phone call. No products will protect you from the radiation – if they do anything at all, those products are dangerous.”

She was shocked, because that is not what everyone else has been telling her. “I have found that most people do not believe cell phones are the issue, just the towers. I need to get a landline and work from there,” she wrote back.

It is beyond understanding how anyone can expect their cell phone to work if all the towers are not there, but that is not the worst error people are making. Somehow, they have convinced themselves that most of their exposure to radiation is coming from the towers and not their phones and computers. Not only is the opposite true, but it is all one system. The more radiation the towers put out, the less radiation your phone has to emit to connect with them. The less radiation the towers put out, the more radiation your phone emits. You can’t have one without the other.

A cell phone operating at 2 watts (maximum power) held six inches from your head exposes your brain to more radiation than if there were a 200-watt tower ten feet away, or a 2000-watt tower thirty feet away. If you live in a city with a lot of towers, your phone may only emit a milliwatt of power (0.001 watts). But then you’re getting the same radiation from the towers that you would have gotten from your phone if all the towers were not there. It’s all one system. And if you put the 1-milliwatt phone up against your head, you are still exposing your brain to more radiation than from all the towers in the city.

And even when you are only texting, and the phone is only emitting a milliwatt of power, as long as you are touching the phone, the frequencies are being conducted through your hands into your heart, lungs and brain, and your whole body is radiating them into your environment and exposing everyone to them that you pass on the street. And this is not good, because the harm done by the radiation does not depend on power level at all. It depends on the informational content, and we are living in a crazy age where we demand more and more information from our devices, at greater and greater speeds, while our axons and dendrites are pursueing to send complex information to our brains, and our hearts’ pacemakers are pursueing to communicate with our hearts’ atria and ventricles, and the oxidative phosphorylation enzymes in our mitochondria are pursueing to send electrons to the oxygen we breathe in order to generate the energy for life, and our cells are pursueing to whisper to other cells with instructions about where to go, and what kinds of cells to become, to choreograph our growth, and to orchestrate the healing process when we are injured or ill. And even one milliwatt is millions of times louder than the whispered signals between our cells, which can no longer follow the instructions that they can no longer hear.

And the result is diabetes, and heart disease, and cancer, and neurological disease, at rates that just 25 years ago, at the beginning of the wireless revolution, would have seemed unimaginable, but that are now accepted as normal, because the population is not connecting them, is not willing to connect them, to their cause.

Living in a prison created by phones

It exists a large number of people whom are environmental refugees. Year after year they are moving further and further away from civilization, desperately pursuing to live where cell phones do not work in order to stay alive, while the rest of the population has grown more and more dependent on their phones, counting on them to work wherever they go.

Even if others know on some level that there is a radiation problem, they don’t really know. “I’ve got to have a phone in case of emergency” means their phones have to be able to work everywhere they go, which means there have to be cell towers everywhere they go, especially in the middle of nowhere, and it means they are condemning all those refugees to torture and death. Never mind all the insects, birds and animals that can never be free of radiation, anywhere on earth, no matter where they fly to or run to, to stay alive. If a cell phone will work where they fly, they are being irradiated. 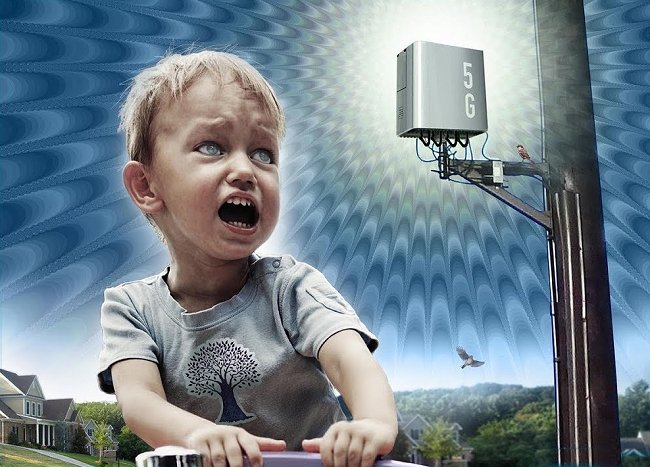 When the wireless revolution came to the United States in 1996, some stayed alive only by leaving their home and their city and their family and friends and camping out in places where cell phones did not work for the next eight years. They have stayed alive since 2004 by living in a location where the conductivity of the earth is extremely high, and they cannot leave. Santa Fe is a nice place, but environmental refugees are not there by choice. They are there because there is no other place left to even camp. They are there because it is one of the few places on earth where they can stay alive in spite of the fact that a cell phone will work there. It is a nice prison, but a prison nonetheless, a prison from which they have not left for more than a few hours since 2007. They are kept in this prison by everyone who owns a cell phone and expects to be able to use it “in case of emergency.”

The environmental refugees from Santa Fe, and the refugees in Green Bank, West Virginia, and the refugees in the French Alps, and the refugees sleeping in their vehicles in the fewer and fewer places that still exist where cell phones do not work, are not different from everyone else, except that at some point in their lives their eyes were opened to what was making them so sick, and that they learned to recognize the effects of radiation and to avoid radiation in order to survive, instead of dying of heart attacks, strokes, and neurological disease. They learned to feel the radiation, which everyone else could also learn to feel if they would only stop using their devices that are numbing them to the pain, stop using them long enough to discover what a horror they are, and what a tremendous difference it makes to their physical and psychological health to get rid of them, permanently, from their person and their home. What a tremendous difference for themselves, for the refugees, for the birds, for the whales, for the honey bee.

On February 26, 2021, Children’s Health Defense (CHD) sued the Federal Communications Commission in the United States Court of Appeals for the District of Columbia Circuit. CHD was asking the court to overturn a new, illegal, unconstitutional order that the FCC had issued the previous day.

The FCC had revised its rules for Over-the-Air Reception Devices (OTARD), which sounds innocuous enough. Except that the new rules have nothing to do with reception devices. Instead they have repealed all zoning regulations for broadband antennas and towers on private property by calling them “reception devices.”

Wireless internet providers can now build base stations wherever they please on anyone’s property anywhere in the United States and are no longer subject to any restrictions by cities, counties or states in the unlimited expansion of their networks of towers and antennas.

The lawsuit was Case No. 21-1075 in the D.C. Circuit, and CHD’s opening brief was on June 23, 2021. An amicus curiae (friend of the court) brief in support of CHD’s lawsuit was prepared that will represent Stop 5G groups, other anti-wireless organizations, organizations representing people injured by radio-frequency radiation, and other environmental organizations in the United States.

In 2018, hundreds of cities and counties joined together to sue the FCC over new orders prohibiting states and local governments from regulating cell towers in the public rights-of-way, and on August 12, 2020 the United States Court of Appeals for the Ninth Circuit ruled against them. On October 22, 2020 the Ninth Circuit denied their petition for rehearing. On March 22, 2021 they appealed their case to the United States Supreme Court. The case is City of Portland v. Federal Communications Commission, Docket No. 20-1354.

Together, the FCC orders under challenge by those cities and counties, and the OTARD order under challenge by Children’s Health Defense, mean that local governments in the United States can no longer regulate most towers or antennas anywhere – not on public land and not on private land.

In 2018, the Santa Fe Alliance for Public Health and Safety sued the City of Santa Fe, the Attorney General of New Mexico, and the United States of America.

Unlike the petitioners in Portland v. FCC, which are suing to be able to protect the health, safety and welfare of their citizens, the City of Santa Fe and State of New Mexico have voluntarily relinquished that right. Both the City and the State have passed laws repealing all zoning regulations for antennas and towers in the public rights-of-way.

The Santa Fe Alliance was challenging the constitutionality of those City and State laws, and of Section 704 of the Telecommunications Act of 1996, which prohibited local governments from regulating cell towers on the basis of health and denies people injured by radio-frequency radiation of any remedy.

The lawsuit goes to the heart of the problem, which is the unconstitutional law passed by Congress in 1996 that has enabled a thickening fog of radiation to envelop the American nation ever since.