If everyone analyze it very carefully, the whole Covid-19 operation is a form of torture against the entire population, according to the simplest interpretation of the word, and of its long established definition. 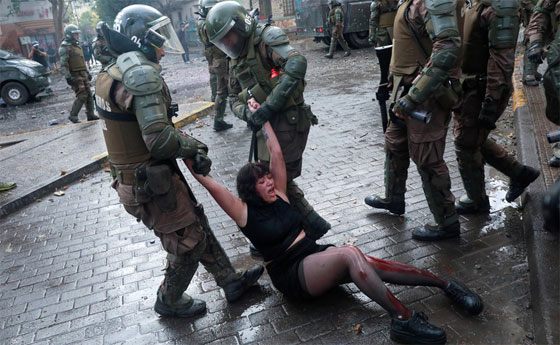 As in all operations of such magnitude, there is always more than one objectives, and in this case, to elicit individual compliance along communist principles, and to serve the age-old depopulation agenda. 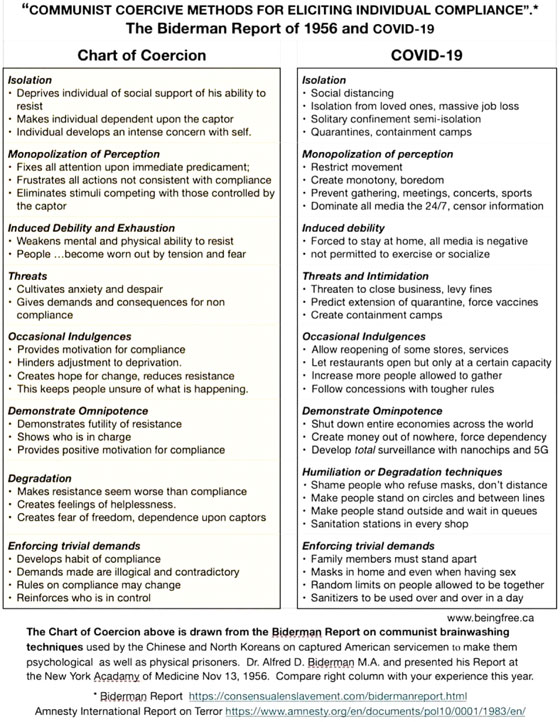 1975 Amnesty International report took a deep look at torture. What constitutes torture, what torture does to people, and what methods actual torturers used in this action called ‘no touch’ torture. It’s psychological torture, it’s consciousness torture and at the end the lucid human being see that the question doesn’t have an easy answer. In fact some might conclude that the responses to this coronavirus in many regions of the world do in fact amount to torture.

Excerpts from the 1975 Amnesty International Report on Torture:

1] There are certain essential elements which give torture its particular meaning and which should be incorporated in any comprehensive definition. In the first place the nature of torture assumes the involvement of at least two persons, the torturer and the victim, and it carries the further implication that the victim is under the physical control of the torturer.

2] The second element is the basic one of the infliction of acute pain and suffering. It is the means used by the torturer on the victim and the element that distinguishes him from the interrogator. Pain is a subjective concept, internally felt, but is no less real for being subjective. Definitions that would limit torture to physical assaults on the body exclude consciousness and psychological torture, which undeniably causes acute pain and suffering, and must be incorporated in any definition.

The concept of torture does imply a strong degree of suffering which is ‘severe’ or ‘acute’. One blow is considered by most to be ‘ill-treatment’ rather than ‘torture’, while continued beatings over 48 hours would be `torture’. Intensity and degree are factors to be considered in judging degrees.

3] There is implicit in the notion or torture the effort by the torturer, through the infliction of pain, to make the victim submit, to ‘break him’. The breaking of the victim’s will is intended to destroy his humanity, and the reaction to the horror of this finds expression in various human rights instruments in such phrases as ‘respect for the inherent dignity of the human person.

4] Torture implies a systematic activity with a rational purpose. The unwitting, and thus accidental, infliction of pain, is not torture. Torture is the deliberate infliction of pain, and it cannot occur without the specific intent of the torturer. Inherent in this element of purpose are the goals or motives for employing torture, and while torture can be used for a variety of purposes, it is most generally used to obtain confessions or information, for punishment, and for the intimidation of the victim and third persons. The first two motives relate directly to the victim, while the purpose of intimidation, in wide use today as a political weapon, is intended to be a deterrent to others as well as the victim.” (page 34)

In those four elements it can be seen where Amnesty International defines the boundaries and finally come up with a concrete definition they use for the remainder of the report. The definition of torture adopted is: “Torture is the systematic and deliberate infliction of acute pain in any form by one person on another, or on a third person, in order to accomplish the purpose of the former against the will of the latter.”