A world-renowned microbiologist has warned that the new Wuhan coronavirus (covid-19) vaccines are contributing to the decimation of the world’s population.

In an exclusive interview with The New American in April, German microbiologist Sucharit Bhakdi explained how coronavirus vaccines affect the body at the cellular level. He warned that these vaccines are set to cause a global catastrophe and decimate the human population. 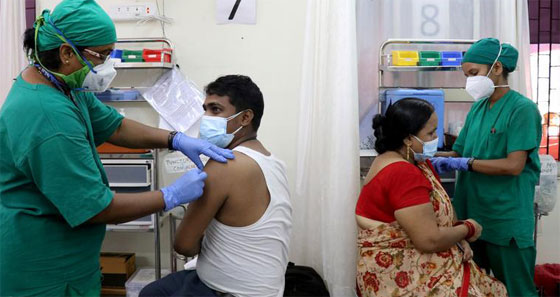 Vaccines are either useless or dangerous

During the interview, Bhakdi emphasized the dangers associated with the new vaccines. For one, the vaccines cannot actually do what manufacturers say they can. According to Bhakdi, it is practically impossible to prevent infection, even after vaccination. In fact, it is naïve to think getting vaccinated can prevent infection. That’s because any antibodies the body may produce following vaccination would be too minuscule to do anything significant.

Bhakdi also stressed the fact that SARS-CoV-2 is not a killer virus, contrary to popular belief. That’s because up to five people only will die of covid-19 for every 10,000 people infected. For a vaccine to be deemed efficient, it has to guarantee that it will bring that number down further. But that would be quite difficult to show. No clinical trial can be designed to show this, said Bhakdi. To do so, scientists would have to vaccinate millions, if not billions of people. They would then have to count how many died among the vaccinated and the unvaccinated group and compare data from the two. This has never been shown.

Plus, it is near-impossible for people under 70 years and without a preexisting condition to die of COVID-19. If it were a matter of preventing coughs or the cold, then the efficacy of the vaccines wouldn’t be such a controversial topic. But this is a matter of protecting against severe illness and death. “I don’t want a vaccine that may kill me [but] that may protect me from getting a cold,” said Bhakdi.

He also argued that vaccine manufacturers do not have sufficient data on the efficacy of their vaccines on older people with preexisting conditions. Such testing would likely lead to a string of deaths. Therefore, the claim that the new covid-19 vaccines are efficacious is a lie, said Bhakdi. “It is so unethical it’s criminal.”

In a nutshell, the new vaccines are useless for younger adults because the antibodies produced are insignificant and useless for older adults due to lack of testing and data.

Furthermore, Bhakdi emphasized that blood clots as a side effect of vaccination should not be taken lightly because they are potentially fatal. If clotting factors are used up because of the vaccine, the patient could suffer internal bleeding. In severe cases, internal bleeding is fatal even with proper treatment.

Plus, vaccinating younger adults may do more harm than good. Younger adults have stronger immune systems. The vaccine “trains” immune cells to attack the virus. This training excites immune cells, causing them to be much more aggressive once the actual virus enters the body. As a result, the person might develop more severe symptoms than if he or she hadn’t been vaccinated.

This is all leading up to the decimation of the entire population, added Bhakdi. In order to protect ourselves and the next generation, we must decline the vaccines, he concluded. More health experts and medical professionals should also call out the inefficacy of the new vaccines and the harm they may bring.

Bhakdi, who studied medicine at several German universities, also stated that the polymerase chain reaction (PCR) test used to detect a covid-19 infection is “highly fallible.” But despite this, health authorities continue to use it as their main diagnostic criteria for covid-19. This, Bhakdi said, is where the problem lies.

Speaking to the magazine’s senior editor, Alex Newman, Bhakdi explained that PCR tests can detect active viral particles and dead fragments of the virus. But the test has not been designed to be able to distinguish active particles from dead fragments.

In other words, a person with covid-19 and a person who has dead fragments of SARS-CoV-2 will have positive PCR test results. Both will be tagged as covid-19 patients and subjected to health protocols.

In a nutshell, the PCR test allows health authorities to take every positive result as a confirmed covid-19 case. To highlight how troubling this is, Bhakdi uses a breathalyzer test as an example.

A person who has been drinking a bottle of vodka would no doubt fail the test and have their license revoked. A person who drank only a glass of vodka hours prior might still pass under normal circumstances. Imagine if police officers revoked a person’s license because they detected insignificant amounts of alcohol in the person’s system, said Bhakdi. That’s how health authorities are using the PCR test.

Bhakdi also explained that the PCR test cannot distinguish between active viral particles and dead fragments of the virus because it was never calibrated to do so. This is because the laboratory that developed the PCR test never had samples of SARS-CoV-2, to begin with.

Therefore, it’s highly likely that a covid-19 diagnosis based on the results of a PCR test is false. Bhakdi, who is of German and Thai descent but was born in the United States, expressed his disbelief at how American physicians are not calling out this faulty system, adding that they were “losing their medicine.”

Secrets of a tree whisperer: ‘They get along, they listen –…