During the water fasting for the burning of KARMA I became aware of complex effects, on multiple levels, that prefigure a spiritual awakening 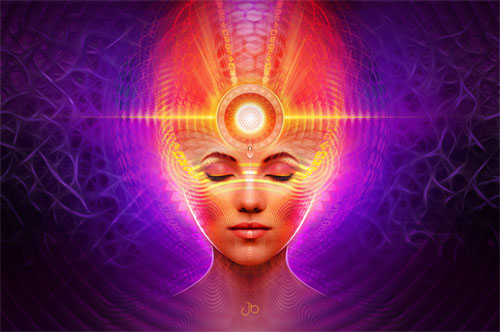 In the consecration of the three days fasting with water for burning of KARMA at the level of AJNA CHAKRA I followed the indicated formula and at the same time I visualized offering to God the KARMA of any kind of resonance with sexual incontinence and all the mistakes in certain spiritual integrations. I also manifested the intention to purify my tantric path. At the same time I noticed relationship KARMA and increased awareness at the level of SWADHISTHANA CHAKRA. It was included implicitly, without me specifically asking for it, and it made me very happy, because even if I didn’t think of it, it was being taken care of.

During the fasting I felt weightless (LAGHU GUNA) and I also felt amplification of quality of dry (RUKSHA GUNA) and subtle (SUKSHMA GUNA) that allowed me to observe processes in my ANAMAYA KOSHA and MANOMAYA KOSHA that I am usually not aware of. I noticed transmutation of the energies, especially at the level of lymphatic glands (RASA DHATU); it was like small spherical particles popping and being dematerialized (it was very much like antimatter exemplification in Ayurveda camp this summer). This process was happening continuously and abundantly especially in the inguinal region. I realized now that the system of bodily tissues – DHATU is depicted in the circle starting from RASA DHATU and finishing with SUKRA DHATU. I became aware of this very last link between SUKRA DHATU and RASA DHATU, through which the sexual energy is being transmuted and re-integrated back into bodily tissues and more subtle layers of the being.

I also noticed activity deep inside my bones. It felt like it was touching something fundamental in my being, something that I consider the axis and a support, what gives structure – ASTHI DHATU. I felt the quality of SANDRA GUNA, something very dense, almost rigid and this rigidity being purified in me to serve and support me in remaining vertical – but not being limitative anymore. It was like being able to move freely on the scale between SANDRA (dense) and DRAVA GUNA (quality of liquid) to form most Godly integrated structure. If something seemed not right, increase of DRAVA GUNA will bring desired modification. During this process of formation and shaping, SANDRA GUNA is always present there in the form of Godly laws and principles deeply imprinting, but allowing DRAVA to do its job. It is like SHIVA detachedly observing SHAKTI in her dance, but always being her centre and deeply penetrating her, not losing the sight of her not even for a split second. This is the state of dynamic balance.

I wish to become more aware of the other GUNAS and DHATUS, but even these elements of awareness are extremely valuable for me, because they herald the start of formation of nucleus of awareness at the level of PRAKRITI TATTVA.

I pursued to do the supported PRANAYAMA and meditations as much as possible during the fast. I felt physical vibration during PRANAYAMA and practise of ASANA-S, it was like being plugged into an electric current. It was almost scary, because my heart was also beating very fast from these intense currents of energy. I would like to learn to modulate it, so it becomes easier to be absorbed by my structure. I think it will be more harmonious if I learn to absorb the energy through a “bigger surface” like opening more subtle channels of my being and then the absorption will be less abrupt, more gradual and hopefully continuous. 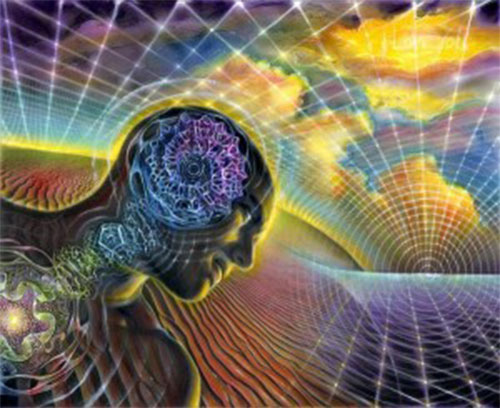 I became aware of the structure of attachments and noticed some moments of their formation. I decided I want to see my lover and I was looking into my heart to see how big is the love there, and it wasn’t very big! And then a thought came trying to hide the inconvenient reality saying: “but you are together, you are a couple, of course you have to see him”. I was surprised to notice this and finally after a long time since I have heard a lecture from Nicolae Catrina about the pair RAGA-DVESA I understood his words that everything that hold us together and it’s not love is attachment.

It was like a contrast examination known in medicine when they introduce into the body radiopaque materials to make internal organs more visible on x-ray. Similarly, I was observing attachments that were highlighted on a background of all the other things, standing out and being so obvious I couldn’t believe I never noticed them before. I saw them moving and being created. It was fascinating. I was surprised that AHAMKARA did not take over trying to cover it up. It seemed it was temporary suspended and BUDDHI took over and there was a background of detachment.

I was not ashamed, I felt compassion with myself and I was happy of being a student who is learning something important at that very moment. I have noticed the action which I think was performed by MANAS (mind) taking the subtle fabric of thoughts, whose nature is to move and flow (DRAVA GUNA) and solidified it (SANDRA GUNA). This is done by constant repetition – affirmation in order to have something to rely on, under the pretext to be able make future decisions quicker, based on a limited presumption that the chosen aspect frozen in that specific moment is universally valid in any situation, which obviously isn’t!

Then I remembered statements like “I know that our love is pure because I prayed to God and then you appeared in my life” which at that moment was a Godly synchronicity. However, over the time it got solidified in a similar way by constant repetition and what was alive in it died out, dried out and the whole beautiful feeling of togetherness turned into attachment. Common projects instead of uniting people were separating them… Each action done, because we think it’s good to do it, because of some kind of a rule or habit, and not out of overflowing bursting love, is enchaining.

I feel the feeling of love in me, like a young feeble plant and I wish to nourish it and protect it, understanding now, more deeply, its immense value. I noticed the advantage of entering in a relationship in a slower, more conscious way. If it is done too hasty, then the lack of love which hasn’t had a chance to grow in a natural rhythm is filled by another available intense energy, which often is desire. It is much easier to grow desire, then to grow love, and then we confuse the wanting to be together with loving.

I feel gratitude to the spiritual guide for always finding countless wonderful ways to reach us and help us to shine forth our Godly light more and more. I felt his support and love very strongly. I felt sudden brisk moments of communion with the spiritual guide. I felt being with him, embraced by his huge being. At one moment, when I was walking up the stairs, I felt I knew what he was doing and why he was doing it. I felt his perfect attitude, perceiving his body for a short moment as big as the universe, his compassion and how he unconditionally offers us himself, his life and every single atom of his being as a learning aid.