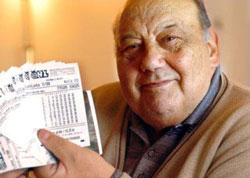 The breathtaking series of events started in 1962 when he survived a terrible train accident, while travelling from Sarajevo to Dubrovnik. The train flipped off the tracks and crashed into an icy river. Seventeen passengers died, but Selak suffered only a broken arm.

A year later, in 1963, during his first flight a malfunctioning door flew open, shortly before landing. He was thrown out of the plane, but landed miraculously in a haystack and escaped unharmed.
In 1966, a bus he was on skidded into a river, but this time, too, he swam to safety with just cuts and bruises. 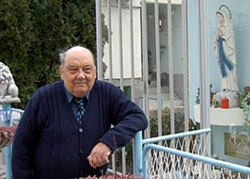 In 1970, his car caught fire as he was driving. Frano jumped out and ran away from the car with few seconds to spare before the fuel tank exploded.

Three years later, a defective fuel pump sprayed gasoline over the hot engine, the resulting flames burning off most of his hair, but he was otherwise unharmed.
In 1995, Frano lived successfully through another dangerous event, surviving miraculously after being hit by a bus.

A year later, in 1996, while he was driving in the mountains, he came around a corner, only to see a large truck coming straight for him. To avoid a head-on collision he leapt clear at the last minute and sat in a tree as he watched his car hit the bottom.

After this significant series of miraculous events he lived through, Frano Selak came to be considered the luckiest man in the world. But now he sees his whole life from a completely different perspective, as he states: “I never thought I was lucky to survive all my brushes with death. I only thought it would have been possible not to have been involved in all these accidents and dangerous events. However, my destiny was favourable every time and something miraculous happened with every such opportunity.” 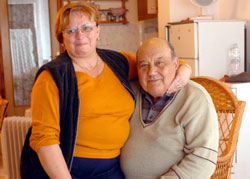 The surprising story of Frano Selak could have ended here, but is even more amazing. Before celebrating his fifth marriage, Frano purchased a lotto ticket for the first time, winning a jackpot of 740 000 euros! Immediately after receiving the prize, he decided to buy a luxury home on a private island and live there with his wife. But shortly after, he changed his mind and sold the house and the island he had purchased recently, giving away his fortune to his family and friends and keeping only a small amount to buy a modest home in a village in Croatia.

Currently, Frano is retired and he wisely tells all his friends that it is important in life to be happy and confident in the good God offers each of us at every step, both in exceptional circumstances and in the seemingly small events of everyday life.

YOGA: A way of life, a milenary science, a universally valid and practical tradition