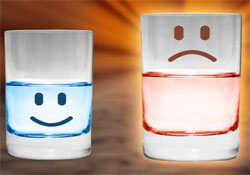 A study conducted by researchers in San Diego and published in the medical journal The Lancet, involved examination of death records of almost 30, 000 Chinese-Americans compared to 400, 000 randomly selected white people.

The researchers found that Chinese-Americans die significantly earlier than normal (by as much as 5 years) if they have a combination of disease and birth year which Chinese astrology and Chinese medicine considers ill-fated. The survey revealed that the more strongly the Chinese-Americans attached to traditional Chinese superstitions, the earlier they died. When they examined the data, researchers concluded that the reduction in life expectancy could not be explained by genetic factors, the lifestyle choices or behaviour of the patients, the skill of the doctors or any other variable.

Then why did the Chinese-Americans die younger? The researchers concluded that they died younger not because they have Chinese genes, but because they have Chinese beliefs. They believe they will die younger because the stars have hexed them. Their negative beliefs manifested as a shorter life span.
But it’s not just Chinese Americans whose fears about their health can result in negative health outcomes. One study showed that 79% of medical students report developing symptoms suggestive of the illnesses they are studying. Because they start worrying and think they’ll get sick, their bodies comply by actually getting sick.

At a clinic where students were practicing, the doctors and nurses didn’t seem the least surprised to hear them complaining of various symptoms of illnesses they were studying at that moment. They confessed this had been happening for years and that the syndrome had actually been given a name: “medstudentitis”, or in other words, “medical student disease”.

You Can Think Yourself Sick 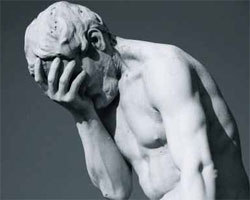 Whether you’re a Chinese-American, a medical student or a star like Angelina Jolie, who may have been mislead by a poor prognosis or a high risk of disease or death or even if you’re just someone whose subconscious mind is filled with limiting beliefs from your childhood like “I’m the sickly type” or “My family gets cancer”, focusing your attention on illness has been scientifically proven to predispose the body to illness. Excessive knowledge about what can go wrong with the body can actually harm you. The more you focus on the infinite ways in which the body can break down, the more likely you are to experience physical symptoms.

These negative emotions trigger the amygdala in the limbic brain to send out a red alert that activates the “fight-or-flight” stress response. When the nervous system is in “fight-or-flight”, the body’s natural self-repair mechanisms don’t function properly and the body is predisposed to illness. And this happens because of our beliefs.

How and How Long Do You Believe You’ll Live?

The good news is that by changing your thoughts, you can change your health! Becca Levy studied how our beliefs about longevity affect how long we live. What did she find? Here’s the secret: those who live longest are those who believe they will live the longest.

Of course, positive beliefs are not the only factor. Obviously, accidents happen, genetic risk factors can affect our health and life and bad things may happen to good people with positive thoughts. But the studies show that, even in light of these things we can’t always prevent, what we believe, especially what we fear, has a tendency to manifest itself in reality because negative beliefs fill our bodies with harmful cortisol and epinephrine, while positive beliefs relax our nervous system and allow our bodies to heal.

You Are The Master of Your Beliefs

You wouldn’t take a pill from a bottle with a skull and crossbones on it, but every time you think negative thoughts about your health, you’re potentially poisoning your body with stress hormones that deactivate your body’s natural self-repair mechanisms. You are the gatekeeper of your mind, and it’s your responsability to protect what you think.

So, what thoughts do you choose to think about your body?

Spiritual exemplification on the occasion of the Global Wellness Day – June 11, 2016