Facial recognition on Facebook: another alarming step towards global surveillance 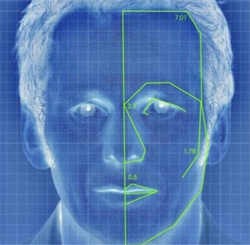 Facebook , the socialization network which claims to be social (cleverly covering its abilities of surveillance of the population), began to expand, since June this year, the facial recognition system through pictures. This procedure enables automatic identification of persons appearing on this site.

After a test phase that took place last year in the United States, the device is already available in almost all countries in which Facebook has been implanted. All it takes now is for one of your photos to be “annotated” (identified) and any photograph in which you appear, from any social network, can be associated with this identification, therefore with your name. A hundred million images are so annotated every day, announcing the demise of anonymity on the internet. The function is enabled by default for all user profiles on the social network. For the user to disable it requires some complex changes of parameters of privacy that few internet users know.

The development of this chilling technology creates legitimate anxieties, especially among associations for the protection of privacy, such as the Electronic Privacy Information Center (EPIC), which fears that personal information of users and their mail addresses and phone numbers could be annotated to the photographs in the Facebook databases.

Smile, you are under surveillance! Through this technical innovation that speculates the desire for recognition and exhibitionism of our contemporaries, Facebook lays the foundation of a filing system of an unprecedented scale, reducing traditional judicial and police data banks to the level of obsolescent amateurism. It is without surprise if you have not heard this disturbing information so far! The media has been reluctant to inform you, but you have just lost control on your own images, and this even if you are not a Facebook user. Anyone – colleague, parent, former wife, friend, distant acquaintance … – may show your name in connection with the personal photos that you also appear in, revealing thus your identity to millions of users of the Internet. So if you ever appear in a photograph taken at a political rally or demonstration, it will be sufficient to pass the mouse over the photo in question, over your face in the image, for you to be identified. In “1984”, the stunning visionary novel written by George Orwell in 1948 presents a society characterized by police and totalitarian regime in which freedoms are extremely absent. The central figure of the novel is the Big Brother, a symbol of excessive control: Big Brother is watching you.  (Here is where the similarly named TV show was inspired from, trying to give a playful and infantile image to a terrifying perspective that was getting increasingly closer to the truth.) After the new technology implemented by Facebook, we hope you understand that 1984 is not a children’s play … Welcome to 2011!