Free Will and Predestination 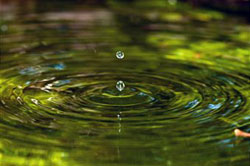 Most people believe that the doctrine of reincarnation and karma is fatalistic, denying the individual’s right to live his own life and destroying his ideals by a structure of inevitable circumstances.

Therefore, the first question should be: is there or not a free will? This philosophy appears to deny the man’s power to make choices. The free will might imply the fact that the man is free to be whatever he wants to be. This is obviously impossible. He has the right to choose among the things he is capable to do. As there are many levels of one’s capabilities, the power to choose is also different for each individual.

The power to choose is the privilege to select what seems to be opportune from many possible variants. This power to choose is, in a certain sense, dharma or the right to interpret and select certain karmic elements. For instance: karma is when somebody goes on a trip; dharma is when he chooses the means of transportation and up to a certain point, the place where he wants to go. Once some knowledge was gained in this trip, dharma means their use to reach the end of the travel. But if in the attempt to reach the aim, mistakes are made against the natural law, the accumulation of karma, of suffering is inevitable. Once the action is done, the re-action is inevitable. Everybody has a certain control over the action, therefore we can say this philosophy is not fatalistic with respect to the action, but is fatalistic with respect to the predetermination of the consequences.

Every man is free to act, but once the action was done, he will have to face the consequences. There is no exception to this rule, as this law acts perfectly in the whole universe.

Karma is the one that determines our birth according to the destiny. Once we arrived in this world, we have the capacity to do certain actions. We can study or not, be efficient or inefficient, happy or sad, honest or not. This is our free will, we have the choice in our hands at all times. Along the life, karma is the one that makes us encounter “businesses” unfinished from other existences, but we have the right to react to these karmic conditionings according to our understanding. Once an action or a complex of actions is started, karma intervenes again and each action determines a new chain of consequences.

That’s why the Buddhism says that the chain of reincarnations and of karma is not finished until the causes of the actions die. As long as the wish to be, to do and to have exists, we are still exposed to karma. In the people’s conceptions, the destiny is when we encounter certain obstacles. But it is our choice in how to face them and how to use them as a springboard for the true realizations or, on the contrary, as a mean for involution. 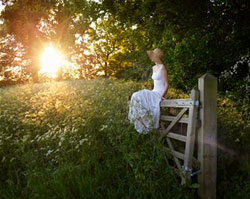 No ordinary human being is truly free. The freedom belongs to those who have transformed themselves and who surpassed the karmic conditionings from the previous existences. In order to burn our karma, we have to work upon the one that was created in the past and to stop creating a new one through our present actions. When we, at last, have realised this, the entity (as a being that has passed beyond the time) will merge with the personality (the incarnated aspect, her manifestation). The result is the initiated man who doesn’t think anymore with his mind, but rather “bows” in front of The Father, The Absolute or The Supreme Force, God.

The theory of reincarnation isn’t more fatalistic than the human law. The murderer that was caught doesn’t necessarily associate the punishment for his crime with a fatalistic system, but resigns himself in front of the law of the cause and the effect. He killed, therefore he will be punished.

Is it therefore fatalistic to believe that an action that was done will determine certain consequences, which need to be compensated later in a certain way? If the action was beneficial, it will have a beneficial effect, but if the action was wrong, the effect will be negative. It is not necessary that someone will do all those mistakes that will negatively affect his entire life. But once those actions were done, he has no right (no philosophic system, no theory of justice will approve him) to consider himself immune to the effects of his actions.

It’s the same thing with the birth. The individual is who, where and how he is because of the cumulative growth of his spiritual entity. Gradually, the spiritual being, the one that is beyond time, will give birth to reincarnations that are more and more noble, elevated, according to the development of the actual personality, which is, how he transforms himself now, in this existence.

Buddha says that the actual state of the individual is owed to previous conditionings determined by personalities – existences – long forgotten. He doesn’t regard this as being fatalistic, but rather as a honest, fair thing. We have absolutely no reason to live our life at random and there is no example of a man who, without any superior help (divine grace) could make his destiny through himself. It appears obviously, thus, to the one who thinks, that only the one who is extremely “old” and wise can plan his life, even if that life means also the payment (with wisdom and integrity) of some “dividends”.

That “mysterious” someone, so “old” and wise is the one who can, on his own, by himself, to judge the right direction of life. Without a permanent help to guide him, without an universal law to lead him and without a universal wisdom to direct him, there would be a very sad world for a poor mortal who tries to maintain his free will in the middle of this universe he knows so little about.

Asana, Resonance, Energy of the Universe

The tradition of the Natha-yogis, inspired by the supreme Adinatha