The tradition of the Natha-yogis, inspired by the supreme Adinatha

The spiritual movement of the natha-yogis was founded by Gorakshanatha and spread during the second millennia of our era through the entire North, East and West of India from Nepal to Rajasthan, from Punjab to Gulf of Bengal, from Belucistan to Deccan.

Taking its probable origins from Bengal, this tradition flourished starting with XII century and exercised a great influence over literary works, philosophy and spiritual writings composed in Bengali, Hindi, Nepalese, Oriya, Gujarati and Marathi dialects. This literature left us a very large number of legends and local traditions regarding the spiritual masters of the groups, especially in the form of some long narrative poems composed as ballads.

The present adepts of this yoga are known as by the name of “Natha-yogis”, “Natha-siddha”, or “Natha” for short. The term “Natha” (“Master”, “Lord”, “Protector”) designates a state of supreme realization, this title being granted to spiritual masters and then added to their name. In Hindi, natha-yogis are called “Gorakshanathi” after the name of their main founder (Gorakshanath in Hindi).

The term “kampatha” (literally translated as “split ears”) which also designates them, refers to their characteristic habit of cutting their ear cartilage in order to insert huge rings (either flat, called “darsana”, or cylindrical, called “kundala”). It is possible that its origins were originally an ironic nickname given by Moslems.

This movement also has adepts nowadays. Natha-yogis survived especially in North Bengal, where they are called “Jugi” and have a quite low statute in the Indian caste society, because they reject the orthodox Brahman way of life. In other parts of India are found different sub-divisions of this school, often attached to a monastery led by a chosen mahant. “Nathaism” was also included by other Vishnu yogi schools, such as for example, the Baul cult, from Bengal. 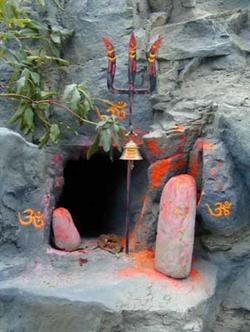 The majority of yogi texts originated from the Natha line, beginning with the invocation of Adinatha. Natha-yogis claim that their tradition has its origins in a direct revelation from God, whom they consider the Supreme Guru (Paramaguru), and they adore him as Adinatha, the “Master of Origins”, “First Natha”. They worship the Divine as being the first from the Natha line, the initial source from where any teaching is transmitted from the master to the disciple (Sampradaya). They also pay homage to him in order to remove the obstacles, so numerous on the yoga path, but also in order to grant them divine protection

How do Natha-yogis conceive Divinity and the relation between man and God? Above all, as inheritors of the ancient yogi tradition common to all India, Natha adepts recognize Adinatha Ishvara as the “Lord of the Yogis”, to whom Patanjali alluded in Yoga-sutra, the oldest form of yoga, as one of the six categories of orthodox visions (darsara) of Brahmanism.

Patanjali mentions in his sutras the “consecration to God” (Ishvara-pranidhana), as one of the methods used to attain concentration. This Ishvara is not conceived as a creating God but represents the transcendent aspect of Divinity, before the whole Creation and having no attributes. He is a Spirit (Purusha) eternal, pure, immovable and autonomous. Compared with the individual “liberated” soul (mukta), Ishavra is an always free Purusha, who was never engaged in psycho-physical experience, never involved in the world of becoming, of the temporality and sufferance, in this universal Nature (Prakriti) which keeps the man enchained in the indefinite cycle of transmigrations (reincarnations).

Through the perfect impassibility of the eternal Self, free from any enslaving Natures changing and non-permanent, Ishvara is the Divine model that all yogis strive to imitate. In the same time, its role as a spiritual master is already underlined by Patanjali when he adds that omniscient Ishvara is the “guru of the sages from immemorial ages, not limited by time” (Yoga Sutra, I.26)

However, this classical heritage, which places natha-yogi tradition as an extension of the yoga of Patanjali, was in a certain way immersed and absorbed by the vast religious heritage of medieval India that assigns the figure of Adinatha with a great wealth of attributes, descriptions, legends and evocations. Indeed, Adinatha is identified with the divine SHIVA and natha-yogis are mainly Shivaist, although they had numerous contacts and exchanges with other cults.

Their connection with Vishnuism in West India, their affiliation to Buddhism in Nepal and the Eastern Provinces, the importance of the Shakta elements in their cults, and even certain connections with Jainism and Islam make any delimitation very difficult and contribute to the complex nature of this spiritual movement.

But for most natha-yogis, Adinatha, the “Original Master” is the name under which they worship the god SHIVA. Brahmananda, a great sage from XVIII century, clearly states that Adinatha or Shiva was the first of all natha-yogis and through him the school was founded.

On the other hand, natha-yogis award themselves the name of “SHIVA-gotra”, “descendant of SHIVA”, their mantra being “SHIVA – Gorakh”, because they consider Goraksha as an incarnation (manifestation) of Shiva.

The shivaist features of Nathas are numerous: especially the trident (trisula) and the rudraksa rosary beads (“eye of Rudra”), the triple ash symbol on their forehead (tripundra), the yonilinga symbol on their right forearm, the sacred belt from black wool from which is suspended a flute made from horn (nada) and a ring (pavitri) symbolizing Shiva and Shakti and even their huge earrings (kundala), similar to the ones depicted in the anthropomorphic representations of Shiva. 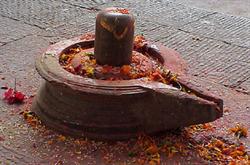 Natha-yogis celebrate festivals in honour of Shiva, especially Shivaratri and the festival month of Caitra (March -April). Finally, the doctrines regarding the nature of Shiva and his energy (Shakti) form the central structure of the Natha-yogi doctrine and the foundation of their yoga practice.

The connection between Shivaism and yoga schools is otherwise profound. Shivaism emphasizes the human being’s possibility to become “similar” to God, through persistent spiritual effort, through voluntary and methodical elevation, where all forms of asceticism and yogi techniques are used and valued.

Elves are the nation cohabiting Iceland

5th April – The day of consistency

Prana – the universal force of life