Ginkgo biloba, also known as maidenhair tree, is one of the oldest species of trees in existence. It is native to China and has been used for thousands of years in Traditional Chinese Medicine (TCM). Records suggest that the Ancient Chinese used the seeds of this plant to treat skin and soft tissue infections caused by various bacteria, such as Staphylococcus aureus and Cutibacterium acnes, the bacterium that causes acne. 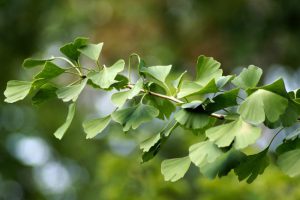 But G. biloba is not just an antibacterial agent. In a recent study, South Korean researchers demonstrated the neuroprotective effects of this ancient medicinal plant. They reported that an extract obtained from G. biloba leaves successfully protected retinal ganglion cells (RGC) – the output neurons of the retina – from hypoxic injury both in vivo and in vitro. The researchers discussed their findings in an article published in the Journal of Medicinal Food.

The oldest records of G. biloba’s use in TCM suggest that only its seeds were used at first by traditional healers. It took a long time before they discovered the medicinal properties of G. biloba leaves and began using them to treat heart and lung diseases.

When G. biloba reached Western shores, its leaf extracts gained traction for their brain benefits. Standardized extracts of G. biloba leaves have since been used for the treatment of mild to moderate age-related memory impairment, dementia and peripheral vascular diseases.

According to the South Korean researchers, oxidative stress, or excess free radical production, induced by hypoxia – a condition in which tissues do not receive an adequate supply of oxygen – is linked to the pathogenesis of glaucoma. Glaucoma refers to a group of eye conditions that affect the optic nerve and is one of the leading causes of blindness among older adults.

Fortunately, recent findings show that G. biloba leaf extract (GBE) can help reduce oxidative stress as well as treat disturbed vascular circulation. To evaluate the neuroprotective effects of G. biloba, the researchers first induced oxidative stress in rat RGC. They then treated the cells with either a standardized GBE (EGb 761) or a control.

For their in vivo experiment, the researchers induced hypoxic optic nerve injury in rats by using a microserrefine clip with an applicator to clamp the animals’ optic nerves. They then gave the rats various concentrations of EGb 761 via intraperitoneal injection and measured RGC density to estimate cell survival. The researchers reported that treatment with 1 or 5 mcg/mL EGb 761 significantly increased the survival of RGC after exposure to oxidative stress. In vivo, treatment with 100 mg/kg or 250 mg/kg EGb 761 also significantly improved RGC survival, proving the neuroprotective effects of G. biloba.

Based on these findings, the researchers concluded that G. biloba leaves can be used to protect against hypoxic injury that leads to glaucoma.

Other health benefits of Ginkgo biloba

G. biloba is a popular traditional cure that is now sold as a supplement. It is widely used to support brain health as well as to improve blood circulation. Here are some other health benefits offered by G. biloba:

• Helps increase blood flow to multiple parts of the body

• May help reduce anxiety and symptoms of depression

• Helps improve symptoms of asthma and lung diseases like COPD

G. biloba is a medicinal plant with a long history of use in TCM. Because of its antioxidant properties, it can protect nerve cells from oxidative damage, which causes health problems like cognitive impairment and glaucoma. To boost your eye health, brain health and mental health, pursue taking G. biloba supplements or drinking G. biloba tea every day. Seek advice from a trusted natural health practitioner for proper dosage.

Financial Collapse Is a Mathematical Certainty: The Perfect Storm Threatening the Dollar Hedgemony (2)