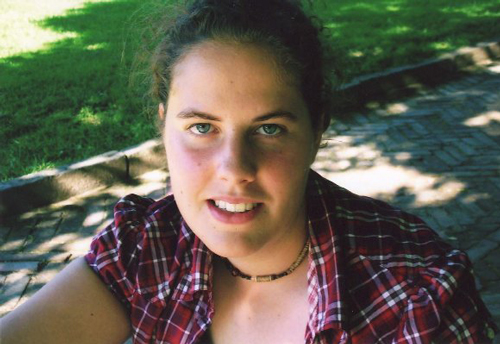 One young lady who lost her life after she received the Gardasil vaccine was Christina Tarsell. Christina was just 21 years old when she was found dead by her university friends, just days after she had received her third and final Gardasil vaccination. Her mother, Emily Tarsell told: “How would you feel if health authorities tricked you into consenting to have your healthy child injected with an undisclosed lethal poison on the pretext that it was safe and would prevent future cancer? They do this not once, not twice, but three times, and when your child suffers and dies from the lethal injections, they callously ignore you, move on with impunity to the next potential victim and cash in on the HPV shots that kill and maim. This scenario is being perpetuated thousands of times and my sweet daughter and only child Christina was one of their victims. How do you think I feel?”

When listening to Tarsell, the enormity of the corruption carried out by governments and the pharmaceutical industry becomes clear and the horror of Christina’s untimely death is made visible for all to see.

Tarsell continued: “It seems unbelievable that the very agencies entrusted with the responsibility of protecting the lives of children would be so morally corrupt as to lie, even when that could result in crippling or killing youth. But I have awakened to the awareness that the public-private partnership between federal agencies, the medical industry and Pharma has resulted in a corrupt Pharm-autocracy that is all profit driven, consequences be dammed.”

Tarsell is correct and the pharmaceutical industry is indeed willing to sacrifice our children’s lives for profit. When asked what she would like to see happen in regards to the HPV vaccination in the future, she answered: “Change is unlikely to come from within the behemoth Pharm-autocracy. It is my hope, though, that consumers, health care providers, attorneys, legislators and reporters will become more aware, more courageous about standing up for truth and justice, and more united in using their power of numbers, the purse and the law to protect our youth.”

The Tarsell Family Takes Their Case to Court

Tarsell and her family were so outraged by their daughter’s death that they decided to hire attorney Mark Sadaka of Sadaka Associates to file a claim with The National Vaccine Injury Compensation Program (NVICP). This organization, often referred to as the “vaccine court,” was set up in 1988 as part of the National Childhood Vaccine Injury Act of 1986. The Act gave legal immunity to pharmaceutical companies for injuries and deaths due to vaccines.

After many years of fighting, the Tarsell family won their case, and proved that the HPV vaccine was indeed responsible for their daughter’s death. Their case has since paved the way for other families to also fight for the justice that they deserve.

A Second Parent Speaks about Her Daughter’s Ordeal 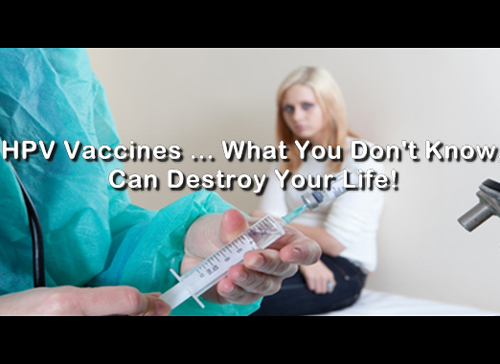 Amanda Dew is another mother who is unafraid to speak out. Her daughter Brodie developed several debilitating conditions after she received Gardasil.
Dew stated that: “I had always followed the immunisation schedule for my children. After the HPV vaccine, Gardasil, my daughter developed epilepsy, which, four years later, is still uncontrolled. She has cognitive and memory problems, reduced physical stamina, fatigue, headaches and occasional visual disturbances. These and other symptoms all appeared within weeks of the second vaccine dose, in a previously fit and healthy teenager.”

Asked what impact her daughter’s injuries have had on the family, Dew told: “The greatest impact has been on Brodie herself. Studying, writing, and recalling facts all suddenly became difficult. She found that dealing with her bi-monthly seizures has curtailed her independence and her social life dramatically.
As a family, we had to alter our lives to make sure that Brodie was never alone and to get her to the frequent medical appointments. Now, she is coping with life at university and manages her studies with support. I am angry and frustrated with the fact that she has had no investigations and that she is not believed. The sadness about what has happened is always on our minds.”

Asked what she would like to see happen regarding the HPV vaccination in the future, Dew told: “In my opinion, this vaccine should be suspended until it is proven safe and effective. Currently there is zero proof that it has a positive benefit to a generation of young women.”
Dew is correct, because there is even more evidence to suggest that this vaccine is anything but safe.

It is not only the parents who are speaking out about the dangers of the HPV vaccine. A growing number of professionals are also speaking out. In September 2017, the website News Punch published an article titled Pfizer Vice President Blows Whistle On Gardasil: “The Vaccine Is Deadly.” The author, Sean Adl-Tabatabai, wrote that: “Former Vice President of Pfizer, Dr. Peter Rost, has blown the whistle on the dangers of the Gardasil vaccine – and claims that Big Pharma aims to keep people unhealthy.”
News Punch explained to readers that Dr. Rost had made these claims in the HPV vaccination documentary One More Girl.

Would Parents Still Agree to the HPV Vaccine if They Knew that 1 in 50 Recipients Would Be Injured?

Leading biologist and expert on aluminum Professor Christopher Exley is another professional who has serious concerns about the HPV vaccine.
When questioned about the HPV vaccination, in an interview conducted at UK’s Keele University, Exley explained that in regards to the use of aluminum in a vaccine, there has never been any sort of safety trial. He stated that: “There has never been any sort of regulation, so you can use it as much, or as little, as you wish, without having to demonstrate its safety.”

Exley was asked if a parent were looking into the vaccine, what would he recommend that they do, before having their child vaccinated? He replied: “This raises an important point because I have a colleague, here at Keele University, who recently published a paper about what parents thought about their boys receiving the HPV vaccine, and she did some sort of survey actually funded by the Welcome Trust, beyond belief, where she essentially asked parents, do you think it is a good idea not only for your daughter to receive the HPV vaccine but also your son? And the overwhelming, apparently, their reply to this was yes, of course, it seems like a great idea, why not?”

Exley told that after the paper had been published, he asked the psychologist who had written the paper what information had been given to the parents about the possible serious adverse events, and was informed that the parents not were not told anything about the possible side effects or given the patient information leaflet, which comes with every vaccine, in which Merck acknowledged that the vaccine can cause a wide range of adverse events.

Shocked by their reply, Exley asked: “Now, if parents knew that 1 in 50 recipients of the HPV vaccine will get ill following it, and that that illness can be anything from a debilitating illness, like paralysis of the arm, through to death, would they then think that taking a vaccine, taking something when you’re perfectly healthy, is worth it or not, and would the results have been the same?”
Exley is correct, and all parents should receive the full information about any vaccine before they allow their child to be vaccinated.

Manufactured Crisis is probably the most powerful documentary on vaccination injury that has ever been made. The Alliance for Natural Health has not held back, as family after family outlined their own personal experience of how the HPV vaccine destroyed their lives forever.

Professionals Give Damning Evidence Against the HPV Vaccine

The executive director for Focus for Health, Shannon Mulvihill, stated that: “If you have a girl who has been exposed to HPV and then she goes and gets the vaccine, the pre-licensing data from Merck shows that they are 44.6% more likely to develop cervical lesions. That’s insane, that … despite that evidence, the FDA still allowed Merck to fast track that vaccine to market, even though it showed that can it can increase cancer rates.”

Dr. Damien Downing stated: “It’s a very weird state of affairs at the moment, it seems that there has been a myth that has developed, of a magical vaccine. I say magical because we are assured that it is completely safe. What the heck does that mean? I mean, does that mean that it is impossible for the vaccine to have any ill effects? That seems to be what is being claimed.”
He added that when you talk about a vaccine being completely safe, you are stopping doctors from thinking.

Dr. Sin Hang Lee explained: “Even if vaccines are 100% effective with these particular strains, ONE death would be prevented (out of 100,000 vaccinated women; 1.3 with newer versions).”
He also stated that, even then, that one death could have been prevented with better cervical cancer screening.

Strong words. However, the most powerful statement came from Dr. Peter Gotzsche, who said: “What drives me is to give people as honest information as possible and certainly, this is not what the general population has received, so far.”

Surely, it is about time that the general public did receive the true facts about this vaccination, from organizations such as WHO, the CDC and the FDA, because, again, this vaccine is anything but safe and effective.

In the end here is a short video, which demonstrates just how much our governments really care about the young women injured by this vaccine.
The meeting outlined in this clip, was held in Galway, Ireland, on August 23, 2016. The speaker was UK’s Professor Margaret Stanley, OBE, who had been invited by the Irish Cancer Society to give a public information talk on the safety of the HPV vaccination.