When it comes to the brain’s chemical messengers (neurotransmitters), nothing compares to dopamine. A neurotransmitter that activates the brain’s pleasure and reward centers, dopamine plays an important role in stimulating motivation, psychic energy and drive. 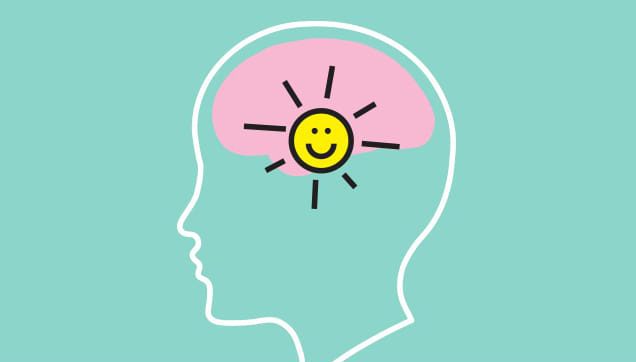 Because of its effects on the brain’s pleasure centers, it’s not surprising that many unhealthy and even dangerous habits, such as drug use and gambling, is somewhat associated with dopamine. But according to experts, there are safe and natural ways to increase your dopamine levels, most of which involve taking natural plant compounds and phytotherapeutic supplements. Bellow there are some of them.

Velvet bean, also known as cowage, is a tropical legume that contains L-dopa, a dopamine precursor. It is said to enhance mood, memory, overall brain health and even libido. It is also looked at as a potential treatment option for Parkinson’s, a disease characterized by low dopamine levels.

Ginkgo is one of the most widely-used herbal supplements in the world. It is used for a wide variety of brain-related disorders, such as memory loss, brain fog, depression and anxiety. According to studies, ginkgo’s brain-supporting properties are linked to its ability to increase the turnover of dopamine and serotonin. In addition, ginkgo also helps reduce stress and anxiety by lowering the levels of the stress hormone cortisol in the body.

Bacopa monieri or brahmi is traditionally used in Ayurveda as a brain tonic. Research suggests it has the ability to enhance memory, learning and concentration in individuals. Brahmi is classified as an adaptogen, a substance that moderates and even negates the effects of stress on the body. According to experts, this medicinal plant works by balancing dopamine and serotonin levels while reducing cortisol levels in the body.

One of the world’s most popular spices, ginger possesses powerful antioxidant and anti-inflammatory properties due to its rich stores of shogaols and gingerols. These compounds have the ability to protect the brain from free radical damage. More importantly, ginger is known to regulate the levels of dopamine and serotonin in the brain, which explains the calming and soothing properties of ginger tea.

Just like its cousin ginger, the brilliantly-colored turmeric is a potent supplement that you can take if you want to maintain optimal brain health. This is because turmeric contains high amounts of the antioxidant curcumin, which is known for its impressive ability to increase dopamine and serotonin levels. Because of its strong, earthy and bitter taste, turmeric is normally used either as a spice in cooking or taken as a supplement in capsule form. Should you decide to take turmeric capsules, make sure to look for one that has added piperine. Piperine is a compound found in black pepper that is known to increase curcumin absorption by up to 2,000 percent.

One of the most well-known Chinese medicinal plnats, the ginseng is popular for being particularly helpful when it comes to addressing mental and cognitive issues. This is mainly because of its ability to regulate the levels of dopamine, serotonin and norepinephrine in the brain. Aside from that, ginseng also protects the brain cells that create dopamine from apoptosis, or programmed cell death. This ability, according to experts, is more evident in substance abusers and individuals diagnosed with Parkinson’s disease.

Aside from being well-regarded as a delicious culinary plant, oregano also doubles as a dopamine supplement. According to experts, this is because of its high levels of carvacrol and thymoquinone, two potent antibacterial, antioxidant and anti-inflammatory compounds. A potent neuroprotective compound, carvacrol is also known to help increase dopamine and serotonin levels in the prefrontal cortex and hippocampus. Meanwhile, thymoquinone is linked to reductions in brain tissue inflammation.

If you’ve read articles touting the health benefits of black grapes or other black fruits, chances are, those effects are linked to resveratrol, an incredibly potent polyphenol known for its antioxidant and anti-inflammatory properties. Aside from being an antioxidant, resveratrol is also known for its ability to protect the brain cells that create dopamine in Parkinson’s patients.

Boosting your dopamine levels need not involve dangerous and life-threatening practices – most of the time, adding healthy foods to your diet and taking natural supplements is enough.

After dying, some people really do go to Hell… and some have returned to tell the tale

How gratitude plays a role in the longevity of hope in Japan, according to a recent…