How to love GOD

The life and spiritual searches of the great masters can be a wonderful example for us all, a source of inner strength and inspiration. Watching them in this exciting inner adventure of “conscience and joy”, each of us can become a window through which the Bright Light of the Divine can flow into this world. 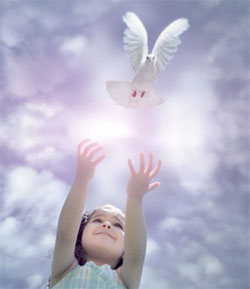 A wise man always strives to bring closer to him the great universal divine values that have been revealed by the spiritual activity of all mankind, during its evolution, for millennia (divine good, ultimate truth, perfect beauty, purity of mind, love and respect for oneself and for the people, unconditional love and unshakable faith in GOD). He understands, in unison with the divine will, to contribute effectively, at the extent of his own powers, extraordinarily higher than those of an ordinary man, to the spiritual and moral evolution of the humanity through actions, work or teaching shared to the other people; he builds his life gradually and always puts his rich life experience and the fruit of his profound meditations in unison with the revelations and teachings received from God and from the other people. A sage man is like a child, every moment ready to receive new lessons from everyone and everything around him, always ready to correct himself if he is wrong; he brings together the full constancy of a spiritual and moral position with the receptivity to new authentic, divine values, he knows full of detachment his true position towards himself and the others, always avoiding the egocentric manifestations or a theatrical humility.

“When I got to the cave, I sat at his feet without saying anything. I stayed like this near him for a long time and I felt extremely clear how a truly divine peace surrounds me. I looked into the master’s eyes for half hour and they had not changed the deep expression of contemplation. I realized then that his body was the holy temple where the divine presence manifested. The spiritual experience I had was indescribable. The most striking was the large number of young children, up to the age of seven, who were climbing the mountain alone to the master and sitting next to him, even if he had not addressed them a glimpse for days. They were not playing, but sitting still in a state of perfect contentment.” – Humphereys, one of the first Western disciples of Ramana Maharishi

“In the world there are many great people. Look at them as if they were your own master. The one you can fully trust is your master.” – Ramana Maharishi

“I was crying at the feet of my Divine Master, and he, in a voice vibrating with heavenly love, said: “I have waited a lot, more than 30 years for you to get back to me. I had lost you; you had disappeared within the tumultuous waves of terrestrial existence. The magic wand of your destiny touched you and you disappeared. I’ve followed you on the luminous waves of the astral ocean where the glorious angels float. Through light and through darkness, through storms, I’ve followed you everywhere just like a mother watches over her child. My eyes have been fixed on you ever since you were in your mother’s womb. Patiently, month after month, year after year, I have been watching you waiting for the happy day when you will be with me again.” – Lahiri Mahasay (1828-1895) tells of meeting with his spiritual guide, Babaji

“If the land requires and the Supreme answers, the time of achievement can be this very moment.” – Sri Aurobindo

“O! How sweet the meeting with paradise was, as that place, that morning when we received the grace of Jesus’ presence and words. It was such a sweet feeling, that however much I would like to relate everything I could not. There are things that cannot be translated into human language without the risk of losing their deep and heavenly meaning. The heart of Jesus and my heart were mixed; there are not two hearts that beat, but one. Mine disappeared as a drop of water disappears into the sea.” – Padre Pio (1887- 1968) 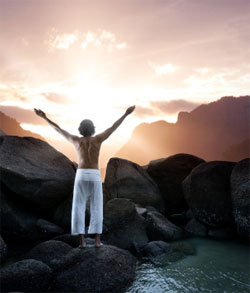 “Yes, Lord, I believe: and I believe ever stronger, for this is not just an attempt to console me but to make me perfect, you are at the origin of beginning and also at the end of the road that I can only follow throughout my life. And you are the one who gives for me life, with your omnipresence, to the myriad of influences to which I always obey. In the life that springs from me and in the matter that supports me I find more than your gifts. I find yourself making me participate to your existence. O God, who has been calling us since even before our first motion, grant me the desire to exist – so that, through that divine thirst which is your gift, I can open in me the access to the large waters. Do not deprive me of this divine thirst of life, that primordial energy. And you, whose loving wisdom gives me form from all the forms and events of the world, help me sketch a gesture whose full power will be revealed to me in the presence of the forces of degeneration and death; help me to be able to believe, to believe with enthusiasm and above all, in your active presence.”- Teilhard de Chardin, Hymn of the Universe

“I can tell you that what I am now I have always been, since my first birth. A simple veil separated the common man from his own Self and this veil has been “worn” progressively through sincere and constant spiritual practice. But now any veil is gone.”

“During my childhood, my parents were my first spiritual guides; as a married woman I followed my husband; and now all people and things of this world are my masters. And one thing is certain: the Supreme Being is the only master and it guides us all.

“Melding with the Beloved Cosmic Being is the most wonderful experience possible. It is a dream in a dream, joy in joy, and a million divine loves in a single love that will melt your heart. At any point in space you may find yourself, you will receive His love, radiant with the intensity of millions of suns. Every time you think you have exhausted His love, you will feel that an endless wave includes you and melts in your happiness. This is divine ecstasy.” – Paramahamsa Yogananda

“How should we love God?
Love him as a poor man loves money, as a drowning man longs for a breath, as a human being lost in the desert longs for a cup of water. Love him with all the ardor of the first falling in love of all lovers.” – Paramahamsa Yogananda 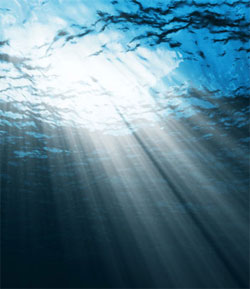 “We are millions and millions of beings, standing on the shore of the ocean of Consciousness, and trying to close it in the shell of a snail. We all waste time looking at the others’ shells, comparing them and this is the only topic of conversation they have. Obviously, everyone wants a shell larger than the neighbor’s. They should be able to understand that all these shells will never be able to cover the entire ocean that is GOD. If we threw our little shells into the ocean, if we could melt our ego into the divine beatitude, we would finally stop the suffering and the complaining.” – Swami Muktananda

“A wise man cries with the one who cries, laughs with the one who laughs, plays with the one who plays and sings with the one who sings, becoming the song itself. His presence is extremely pure like a mirror. It reflects our image, exactly as we are. We are the ones that play our roles in this life. He is the mirror or the stage where the show takes place; how could it be reflected? Nothing can touch it, it is only a support.” – Ramana Maharishi

Article taken from the Revista Misterelor, no. 35

Meditations and Astrological Conjunctures for January, 2013