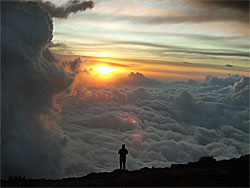 Imagine you receive complete freedom from the game, imagine you do not need to impress anybody anymore, not even yourself. You don’t need to show you are bigger or more successful or more respected. Imagine you are so sure that you have already all that you need; and that nothing can add or take away from the profound sense of wholeness which exists in you.

Imagine you are no longer attracted to the hypnotizing ego; that you have woken up from the spell and you are free.

Such a freedom is not a result of some ultra psychic trip, but rather it is the result of simple humility. Such humility hides in an immense and terrible spiritual secret. The one who will discover it will never be bound to his lower self again. This humility neutralizes the effect of the ego, and it is the essential ingredient which gives meditation its depth and silence, and gives prayer its ascending, sky opening, Love.

The secret of humility is not to imagine how big you are but rather to remember how small, not to be agitated about the things you deserve and should have, but rather to be grateful for what you do have. Such Humility was alive in Mahatma Gandhi, that even when he was already a successful attorney and the leader of the Indian community in South Africa, he would still clean the toilets of his many guests himself, and he would travel only in the crowded third class train department, in order to keep his spirit meek. 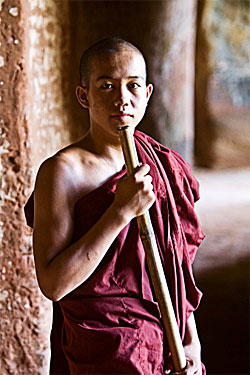 But it is not necessary to go all the way to India to find humility. Not just Hinduism values this spiritual gem. In Judaism, for example, it is said that you must overcome pride and lust and then one will find humility and in it he will find inner peace. A beggar living in the street maybe does not have much pride in him, but still he has lust, and therefore he doesn’t have humility, or peace. A monk who lives away from the world might have reduced his lust, but still, if he is proud of his spiritual identity, there is neither humility nor inner peace in him. That is why Ramakrishna said: “the pride of ordinary people will disappear one day, but the pride of a spiritual person about his sacredness, that one, is really hard to discard”.

True humility does not require austerity or spells or mantras; it comes from a lucid loss of interest in all the temptations offered by the ego. It is a simple earthly way of common sense, which is innocent without any sophistication. In it, one understands solidly that the ego does not have anything essential to offer.

Such humility is founded in the belief that happiness does not come from money, form comfort, from satisfied lust, or from fame. When this understanding reaches the core of the being, when it really enters the bones, the ego has nothing more to offer and it withers away like a dry piece of skin. Then, indeed the spirit in man is no longer enslaved in his petty games.

Such humility truly leads to inner peace. The past and the future lose their magnetic attraction and the attention is drawn naturally, effortlessly to the present moment, here and now. Such humility cuts away what is fake and thus reveals and gives life to the true force which exists in man.

People who entered humility look completely simple, their face is calm, their eyes don’t put on show, they are direct, and they speak from a place of simple and sober wisdom. They are not playing the game, which for most of us, is the center of our life. But still they are almost unaware that there is something special about them.

To be a hollow channel 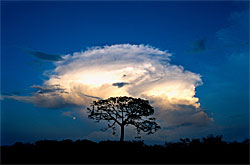 Moses was chosen to lead the Jewish nation, to make great miracles, and to establish a religion, that is about to influence the fate of humanity for thousands of years. But why was he chosen, and not someone else? He was not the best speaker or the best politician, he even had defect in his mouth and his speech. The great Moses was chosen for this immense mission simply because he was the most humble. He did not play the game of the ego, and so he had an inner silent space through which he could hear the divine speech of GOD, Who chose him and talked to him and through him. This empty inner space made Moses a hollow channel of the divine, performing GOD’s will without interfering or distorting the message.

At first sight, it might appear that humility creates a passive state, which lacks motivation, but in reality, humility is neither passive nor active, and still it makes actions much easier because there is no one to resist the right actions anymore. A humble person meets the challenges of life without resisting or avoiding them. He harnesses his powers to succeed in what he is doing, not in order to create an identity for himself, from what he is doing, but simply because this is the challenge he is facing now. In this way, a humble person who needs to write and produce a movie will gather for this mission all the powers he has, in order to make a good movie which expresses what it needs to express. But not in order to have fame or to create an identity of a film maker for himself. He has already a deep and mysterious sense of inner identity, which does not need an approval form the environment, nor from his own thoughts.

If the question: “Who am I?” arises in him, he does not need to answer to it with arguments of this world. He does not have an object that he hangs on to, saying: I am film director, I am a university graduate, I am a culture man or I am this or that. But still he has a clear sense of existence which does not need an approval. A humble person will not trade his “diamond like silence” for some useless crumbs of glory or fame.

Discarding the self image 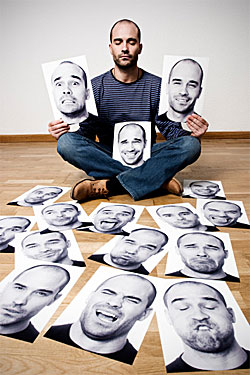 In one meeting with close friends, we did together an exercise in which we all checked and wrote a down, which kind of self imagine we wish to create to ourselves in front of others and in front of ourselves. We read to each other as a kind of confession what were the images we wish “to sell” to the world. While reading, we all felt such a relief and such peace after sharing this side of our ego.

Becoming aware of our pride is indeed a royal path towards humility. The next step we did was to see the price of maintaining such self image. We all had to confess, that it costs us our spontaneity, our inner freedom, our sense of humor and the greatest price of all, is that the image we create to ourselves, keeps us far from what we truly are, from our true nature.

Maintaining a self image is a constant show which has no realty behind it, and therefore is consumes energy constantly. On the other hand, humility is like free energy, it goes by itself, because it allows what is real to be seen, it is based in reality and therefore it is solid and strong; it is a source of a great power.

Humility like that of Gandhi’s or Moses, when it is accompanied with self confidence and with a genuine spiritual experience, creates together the triple key to spiritual charisma. The power of Mahatma Gandhi was not in his muscles, it was in his willingness to accept whatever is necessary, to suffer great difficulties and to admit his mistakes publicly. His wish for humility undressed him of fakeness and allowed the true qualities of his soul to shine forth. His force lied in the fact that he saw himself as the last human being, and therefore his people made him their first, their leader and source of inspiration.

His charisma was not a result of his skills in giving the impression that the interests of his people are more important to him then his own. He truly and humbly believed that the interests if his people were really more important to him then his own. The Indians recognized his sincerity and made him their spiritual leader and the father of the nation.

There is a beautiful Sufi story, which demonstrates the humility of a leader: 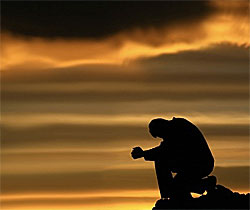 “In the palace of a king there was a simple slave, whom the king loved and put him in higher and higher positions, until the slave became the minister of treasury of the king, but always, the king told him never to forget where he came from.

Ever since he became a minister, the slave used to lock himself every day in the treasure room for one hour. The other ministers were jealous of him, so they told the king something suspicious is going on. The following day, the king looked through a crack in the wall to see what the slave is doing there everyday. He saw the slave undressing from his royal cloth, putting on the rages and the iron bracelets of slave, and looking quietly in the mirror.  The king entered the room and embraced the minister slave, telling him: “My friend, my brother, thank you! You reminded me that I am also a simple slave of the King of Kings.”

As I write these words, I feel almost sick. It seems that from the inquiry into humility, something inside is like vomiting certain things, which I should have taken out already long time ago.  Like a dog that runs after every bone you through to him I also jump out of the inner silence, into the games of the ego. I run, I fight, and I get all dirty. And then when the “goal” is achieved, and I am lying tired on the ground, and the bone I caught is stuck between my teeth, I understand again, that it is not this what I am searching for, but the sacred and loving peace which was there also before I started running. And it is here also now, just outside the exit door of the playroom of the ego.