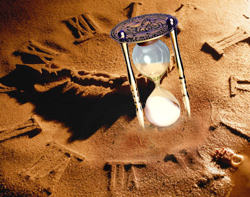 Many times in life we make mistakes and we say that we’d “like to turn back time”, to fix our mistake. Other times, we’d like to take a glance at what will be, so that we’ll know that the decision we made is the best. There’s at least once that every one of use wanted to travel in time, whether it was back in time, or into the future. Some people even managed to do this, since we can see the numerous testimonies. What is truly amazing is the fact that science is currently agreeing to the possibility of these temporal translations.

Time – from linearity to synchronism

The nature of time is a subject which presented interest for both scientists and philosophers. Each of them has searched through their specific means to understand and unravel this enigma.

Essentially, science admits to two fundamental theories that are trying to clarify the nature of time. The first one views time as a linear phenomenon, where the only thing that truly exists and can be experienced is the moment of “now”. The past is over and can no longer be “visited” except, maybe, in our imagination. The future doesn’t exist yet, and when we’ll experience it, it will have already turned into present. The hypothesis of linear time is easily adopted by most of us, because we need a certain chronology of events, we need the calendar; we need our wristwatch to make a little order in the chaos of our day to day life. But if this hypothesis is correct, then time travel is impossible. And yet, time struggles to escape from this conviction imposed by the human mind.

In the second theory, all the moments in time exist simultaneously. The past, present and the future are mere relative terms which depend on the moment in time we find ourselves in. In the 1920s, J.W. Dunne wrote a book entitled “An experiment on time”, which contained the analysis of his dreams for a long period of time. Often these were pre-cognitive, foreseeing events from Dunne’s personal life or some general interest events. He considered science as a major factor in understanding the notion of time. His dreams were a mixture of past, present and future events, which led him to the idea of the co-existence of all the moments in time, simultaneously.

We can represent time as a continuous loop, some sort of Möbius band. But if we accept this pattern, then it would be possible for us to travel along the loop up to a point, either from the past, or from the future. Time can be seen from this perspective, similar to the images we record on a video camera. Everything we would need for time travel, in this case, would be the knowledge of operating the fast forward and rewind buttons. 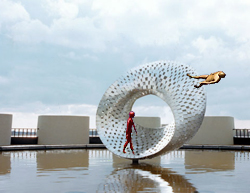 This second hypothesis might seem a bit fantastic, but there is already plenty of evidence supporting it, as well as a theoretical framing in relativity physics.

Albert Einstein proved, in his theory of relativity, that for an observer moving with a speed close to the speed of light, there is a strange phenomenon which occurs. If this observer leaves in a journey into the extraterrestrial space for 20 years with a speed which is 90% of the speed of light, upon returning to Earth, he will discover that 45 years have already passed here on Earth! By increasing the speed to 99.9% of the speed of light, a 20 year journey in cosmic space would equate to a time interval of nearly 450 terrestrial years… In fact, he would be actually travelling into the future. This means that time slows for an observer travelling at a speed which is close to the speed of light. Moreover, our presumed space traveler would even alter his dimensions, and there would be decades between two meals, as we know them here on Earth.

One of the first Science Fiction writers, H.G. Wells, has anticipated the possibility of travelling into the future in his Sci-Fi novel, “The Time Machine” (published in 1895). What seemed as pure fiction at that time became reality in the 1980s, with the development of the Montauk Project. The researchers’ idea was to create a temporal vortex through which the subjects of the time translation experiment were to be “propelled” into the past or into the future. The problem was that, if the time tunnel was disabled for just one second, the subjects could no longer come back from that space-time dimension they were sent to…

Returning to the “time slipping” experiences that several people have had, we’ll discover that the hypothesis of the Möbius band explains the existence of some discontinuities (or space-time rifts, as they are referred to), true “energetic gates” which connect two moments that are chronologically apart from each other and sometimes even in two different places.

A café from other times 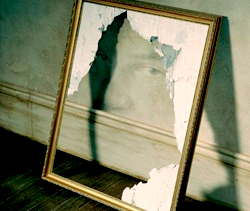 Charlotte Warburton, an old lady who lived with her husband near Tunbridge Wells in Kent, travelled back in time on Tuesday, the 18th of June 1968. The two were in town to buy groceries and then separated and they decided to meet later, for a coffee.

Mrs Warburton bought her groceries as usual and then looked for some ginger bread in a few stores. At some point, she entered a small cafeteria that was unfamiliar to her. They didn’t have any ginger bread there either, but while she was looking around, she noticed an entranceway in the wall to her left and her curiosity drove her to research it. The entrance lead into a room of mahogany mazes, a room which was a powerful contrast for the cream-colored walls of the store. “It had no windows, but there were a few light bulbs lighting the place up. I could see two couples dressed in fifties’ clothing and I can remember very clearly what one of the women wore. She had a beige felt had with tilted brims. Her coat was also beige and it used to be quite modern for a while, way before 1968.”

She also noticed a few men wearing out of style suits and a glass windowed registry. People drank coffee and chatted with each other which shouldn’t seem far-fetched, considering it was almost noon. Anyway, it seemed awed that she did not know anything of the existence of that café and later she realized she couldn’t feel any coffee scent while she was there. When meeting with her husband, Mrs. Warburton told him about her discovery and she suggested they went to the new café next Tuesday.

A week later, after having shopped for groceries as usual, the Warburtons entered the small shop and headed towards the place with the entrance to the café. But, surprise, there was a refrigerated display case instead of that entrance, next to the wall. They thought they were in the wrong store so they looked for the café in two more stores, but with no result. But its memory was so alive that they thought that this might have been a temporal “slip” in a time when mahogany panels were in fashion. Thus, Charlotte Warburton started her research in order to get to the bottom of what happened.

She spoke to a woman with extrasensory abilities; she described the building to her and asked her if this sounds familiar to her. She was told that there used to be a cinema next to that store, not so long ago. Above this cinema, to the left from the store, there was the “Constitutional” Club in Tunbridge Wells. She had visited the place during World War II and she remembered those mahogany paneled walls.

Furthermore, Mrs. Warburton looked for the current location of the club and contacted the administrator, who was managing the club since 1919. He told her that the entrance in the old club office lead directly into the street, with a flight of stairs, on the left side of the store. On the second floor, there was a buffet that matched Mrs. Warburton’s description exactly. 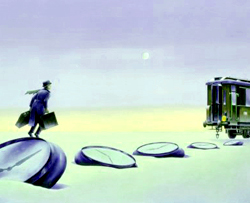 In 1974, the writer Andrew Thomas published a book called “Beyond the barrier of time”. In it, he wrote about the possibility of existence of a “time television” through which some images from the future could be broadcasted on the screens of the television sets. Same year, there was an event that occurred in synchronicity and it proved such a phenomenon to be perfectly possible. On the 1st of June 1974, on a Saturday, at the chemical plant in Flixborough (England), there was a devastating explosion. Most of the plant was destroyed and 29 people died in the accident. The surroundings were evacuated while some enormous black clouds of toxic gas covered the sky. And yet, there was a woman, Leslie Castleton who heard about this tragedy six hours before it even happened!

“Saturday morning, I was watching television, I was watching a film”, said Mrs. Castleton, “when suddenly, it was interrupted by a news broadcast. A man’s voice gave some information about a terrible explosion which occurred in Flixborough. He mentioned the number of casualties and injuries, as well as the name of the chemical substance that caused the explosion. After this brief intervention, they continued to broadcast the film.”

Mrs. Castleton then told some friends of hers, who were visiting for lunch, about the tragic event. But in the evening news they announced that the explosion occurred at 16.30 so she thought the reporters must’ve made a mistake. Upon reading the Sunday edition of the local newspaper and seeing that the time of the accident was indeed 16.30, Mrs. Castleton realized that something was not right. She phoned her friends and they confirmed for her that she had indeed told them about the explosion at noon, on that Saturday. “Suddenly I got the chills. I understood that I had seen something before it actually happened.”

Are these transmissions from the future received through a temporal breach? If so, why was it only this event that was captured and why didn’t it show up on the television sets all around the world? Was it a premonition in the form of a television broadcast, presented in this form so that it could be accepted by someone like Mrs. Castleton?

Mushrooms – the proteins of the forest