Lycopene is a promising nutrient that can prevent gastric diseases associated with H. pylori

Helicobacter pylori is a spiral-shaped bacterium that grows in the digestive tract. H. pylori, an opportunistic pathogen, it is considered to be the most successful colonizer of the human gastrointestinal tract, infecting the stomachs of roughly 60% of the world’s adult population. 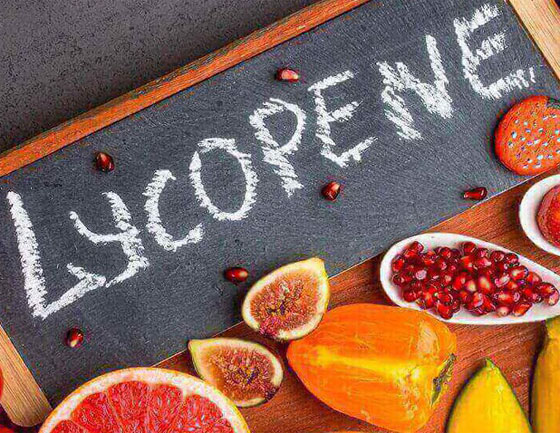 Helicobacter pylori often infects the stomach during childhood and is well-known for causing peptic ulcers. These gastric lesions develop as a result of the pathogen damaging the protective lining of the stomach and small intestine, which allows gastric acid to create open sores. Aside from stomach ulcers, H. pylori infection is also linked to two other complications, namely, gastritis, or inflammation of the stomach lining, and stomach cancer.

According to statistics, about half a million patients worldwide die from stomach cancer each year. Conventional cancer therapies such as chemotherapy very rarely succeed in improving outcomes for gastric cancer patients. Hence, the focus of current research is on disrupting the pathway triggered by H. pylori that promotes hyperproliferation, the abnormally rapid division of cells that leads to cancer development.

In a recent study, researchers at Yonsei University in South Korea found that lycopene, a bioactive pigment with powerful antioxidant properties, can help prevent gastric diseases associated with H. pylori infection. Lycopene is a non-provitamin A carotenoid commonly found in bright red and orange produce, such as tomatoes, watermelons, papaya and pink grapefruit. This beneficial compound is extensively studied for its remarkable ability to scavenge free radicals, the unstable byproducts of cellular metabolism responsible for causing oxidative stress.

According to studies, H. pylori infection promotes the hyperproliferation of gastric epithelial cells – the very cells that form the stomach lining – by increasing the production of free radicals called reactive oxygen species (ROS). ROS then activates two signaling pathways – Wnt/B-catenin and JAK1/Stat3 – that influence cell fate decisions. While Wnt/B-catenin signaling is involved in the regulation of the self-renewal processes of cells, JAK1/Stat3 signaling is considered to play a role in conferring malignant properties to cancerous cells.

Due to the involvement of ROS, the South Korean researchers hypothesized that lycopene, which has antioxidant and anti-cancer properties, may be able to suppress H. pylori induced hyperproliferation by inhibiting the activation of Jak1/Stat3 and Wnt/B-catenin signaling, as well as the expression of B-catenin target genes. B-catenin is a protein that accumulates due to the aberrant activation of Wnt/B-catenin signaling. The buildup of this protein promotes the expression of cancer genes (oncogenes) and the progression of tumors.

In an earlier study published in The American Journal of Clinical Nutrition, German researchers reported that lycopene is the most effective scavenger of singlet oxygen, a very strong oxidant and one of the major ROS produced by cells. To determine if it can prevent ROS-mediated hyperproliferation, South Korean researchers treated H. pylori infected gastric epithelial cells with lycopene. They measured the cells’ ROS levels and viability before and after treatment. The researchers found that lycopene effectively reduced ROS levels and inhibited not only the activation of Jak1/Stat3 and Wnt/B-catenin signaling but also the expression of B-catenin target oncogenes and the proliferation of H. pylori infected gastric epithelial cells. In addition, lycopene inhibited the increase in Wnt-1 (an oncogenic protein) and lipoprotein-related protein 5 (a protein involved in cancer progression) expression caused by H. pylori infection.

Based on these findings, the researchers concluded that lycopene can be used to prevent H. pylori associated gastric cancer, thanks to its inhibitory effects on gastric cell hyperproliferation.