Meditation changes the structure of your brain, cuts stress in half according to new study 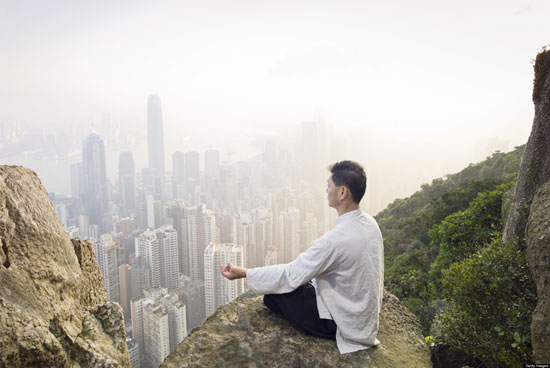 A recent study published in Science Advances has revealed that practicing mental activities such as meditation and mindfulness training may help reduce stress levels by half. Mental training techniques have been gaining steam due in part to their apparent efficacy in decreasing a person’s stress levels and promoting key values such as attention and mindfulness or social competencies including compassion and perspective-taking. However, it remains unclear what type of mental activity works best in improving mental health markers such as structural brain plasticity and brain network changes.

A team of researchers at the Department of Social Neuroscience at the Max Planck Institute of Human Cognitive and Brain Sciences in Leipzig, Germany, has carried out the large-scale ReSource Project in order to identify the most effective mental health activity. The project makes use of three 3-month training modules, each focusing on a single discipline.

The first module has discussed mindfulness-based attention and interception where the participants were given instructions on classical meditation techniques. The second module has focused on socio-affective competencies including compassion, gratitude and responding to difficult emotions. The third module has tacked socio-cognitive abilities such as metacognition and perspective-taking. The exercises have been carried out 30 minutes a day for six days a week. The researchers have then conducted brain scans to examine the patients’ stress levels.

The results have shown that specific brain structures and related behavioral markers in patients have exhibited significant changes depending on the mental activity that has been practiced over the study period. According to the study, mindfulness-based attention training resulted in changes in the cortex in areas associated with attention and executive functioning. Likewise, computer-based tasks measuring executive attention were also found to improve the participants’ attention.

The research team has also observed that participants who underwent a psychosocial stress test had 51 percent reduction in stress levels. However, only two exercises that focused on social competencies have effectively reduced cortisol release following a social stress test.

“In the two social modules, focusing either on socio-affective or socio-cognitive competencies, we were able to show selective behavioral improvements with regard to compassion and perspective-taking. These changes in behavior corresponded with the degree of structural brain plasticity in specific regions in the cortex which support these capacities” first author Sofie Valk has reported in Science Daily online.

“The current results highlight not only that crucial social competencies necessary for successful social interaction and cooperation can still be improved in healthy adults and that such mental training leads to structural brain changes and to social stress reduction, but also that different methods of mental training have differential effects on the brain, on health, and behavior. It matters what you train.

Once we have understood which mental training techniques have which effects, we will be able to employ these techniques in a targeted way to support mental and physical health” lead author Professor Tania Singer stated in a Daily Mail article.

According to the research team, the dyadic exercises practiced in the social modules may have played a big role in the lower cortisol response among participants. “The daily disclosure of personal information coupled with the non-judgmental, empathic listening experience may have ‘immunized’ participants against the fear of social shame and judgment by others – typically a trigger of social stress”, study author Dr. Veronika Engert adds.

The experts have also discussed focusing on social connection and the “we” aspect of mental training in order to reduce susceptibility to social stress.

How Strong Is Your Intuition? It Might Be The Highest Form Of Intelligence