Motto: “Sometimes people stumble over the truth, but only the foolish rise immediately and continue walking with indifference”

Attention!!! Each of these benefic moments, as veiled gifts from God, helps you enter and savor – in a spiritual way – the secrets of esoteric astral resonances. By constant and firm attention, these ineffable moments offer us the chance to plenary and profoundly love the mystery of the present moment.
Profesor yoga Gregorian Bivolaru 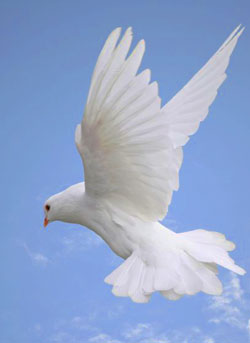 Sunday, January 9th – Meeting of the group for deepening the relationship SPIRITUAL GUIDE-ASPIRANT.

Monday, January 10th, from 21.45 – 22.30 – Meditation of communion with a beneficial astrological aspect. Effects: It awakens and brings the appearance of a refined transfiguring way of thinking and it favors the dynamization of the power of mental penetration. It represents a chance to discover some mysterious and new ways of overcoming the mental sphere by developing the state of surrendering to the Will of God the Father. It facilitates the spontaneous appearance of a profound state of transfiguration and it gives a very good inner control over mental fluctuations. It amplifies and refines aspiration towards spiritual transformation, it makes possible occult penetration in the collective subconscious sphere, it allows instant removal of phobias.

Wednesday, January 12th, from 12.15-13.00 – Meditation of communion with a beneficial astrological aspect: Mars in sextile with Uranus. Effects: It facilitates the amplification of the state of divine relay, it awakens inspiration and originality. It confers the ability to easily overcome stiffness and limitary prejudices, representing an opportunity to develop our courage and initiative, oriented towards certain profound and beneficial transforming purposes. It confers refined passion and spontaneity. It awakens and amplifies in the being the beneficial dynamism, it facilitates the engagement of innovative initiatives, it awakens and dynamizes the ability to act quickly and effectively, it awakens and dynamizes courage and intelligence.
Wednesday, January 12th, from 17.00-17.45 – Meditation of communion with the great yogi Paramahansa Yogananda. 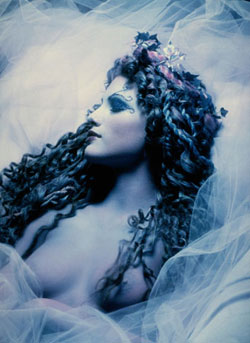 Friday, January 14th, from 02.15-03.00 – Meditation of communion with a beneficial astrological aspect: Mars in sextile with Jupiter. Effects: It awakens tenacity and trust in one’s own beneficial forces, it amplifies the enterprising spirit and efficiency in action. It is an exceptional moment for awakening latent healing capacities; it awakens the force of engaging in therapeutic and purifying actions. It amplifies the redeeming spirit. In this case the appearance of generosity and self-confidence, the awakening of creative expression, are facilitated; it makes possible the awakening of the ability to express spiritual ideals.

Saturday, January 15th, from 21.15 pm – YANG SPIRAL MEDITATION FOR COMMUNION WITH THE DIVINE GRACE performed in unison across the country.

Sunday, January 16th  – Meeting of the group for deepening the relationship SPIRITUAL GUIDE-ASPIRANT.

Monday, January 17th, from 23.40-00.25 – Meditation of communion with a beneficial astrological aspect: Sun in sextile with Uranus. Effects: It awakens creative imagination and originality. It favors the artistic inspiration and it awakens spontaneity. It amplifies the state of detachment in the being, facilitating detachment from chaining prejudices and stupid conditionings. It awakens and amplifies refined sensuality, the state of virility originality, vitality, it facilitates the appearance of a state of expansion through love, it makes possible the awakening of the power of unconditional surrendering to God. It facilitates the achievement of a state of heavenly happiness.

Tuesday, January 18th – TRIPURA SUNDARI. The moment of maximum benefit: at 00.31. The favorable period for lovemaking in the couple, with love, transfiguration and continence is from 15.00 (Monday, January 17th) to 09.00 (Tuesday, January 18th). Special Meditation of communion with the Great Cosmic Power Tripura Sundari will be from 00.15 – 01.00 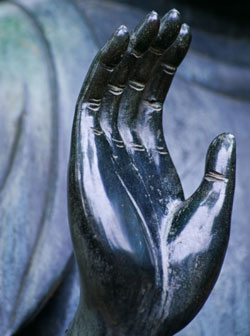 Tuesday, January 18th, from 07.35-08.20 – Meditation of communion with a beneficial astrological aspect: Mercury in conjunction with Pluto. Effects: This aspect allows the easily association of the firm will with the mental ability to find beneficial, creative solutions to the challenges we face. This is a favorable astral aspect for defeating obstacles of all kinds. The spontaneous emergence of states of beatific void is facilitated, the power of mental concentration and long-term focus of attention are dynamized and amplified; it awakens latent mental capacities, it accelerates the sublimation of lower energies to the subtle center of force Ajna Chakra. It is an aspect that awakens and amplifies the power of mental penetration, it brings an new state of hiperlucidity, it facilitates focusing on mystical experiences, it brings certain spiritual intuitions regarding the causal universe.

Thursday, January 20th, from 00.20-01.05 – Meditation of communion with a beneficial astrological aspect: Sun in sextile with Jupiter. Effects: this aspect amplifies the state of inner expansion, generosity, dignity and good will. It brings the manifestation of love for truth and beauty, optimism and joy of life. It awakens didactic sense, it favors the expression of oratorical qualities and profound identification with the spiritual guide. It offers the chance to awaken in our being the state of conscious self-giving to the spiritual ideal, it favors the awakening of the soul and the ability to take decisions full of wisdom.

Saturday, January 22nd, from 21.15 pm – YANG SPIRAL MEDITATION FOR COMMUNION WITH THE DIVINE GRACE performed in unison across the country. 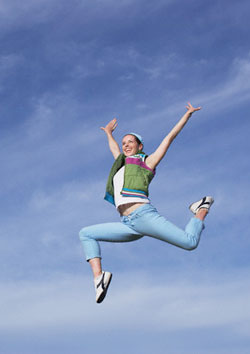 Sunday, January 23rd, from 21.00-21.45 – Meditation of communion with a beneficial astrological aspect: Venus in sextile with Saturn. Effects: This aspect awakens a state of spiritual maturity in the emotional sphere, it dynamizes the impulse of manifesting feelings. It leads to the overcoming of superficiality and it facilitates the control over inferior passions. It awakens self-respect in the being and fidelity in the couple relationships. It favors the awakening and amplification of a state of abnegation. The mysterious energy of this aspect awakens the power of perceiving in a spontaneous way the inner beauty and it facilitates the reaching of affective maturity; it awakens emotional responsibility. It brings an ineffable state of balance between the need for exteriorization and the need for inner reflection, generating a state of harmony between the material and the spiritual sphere.
Saturday, January 29th, from 21.00 – Yang spiral of communion with the Romanian soul performed in unison across the country.

Saturday, January 29th, from 21.50 pm – YANG SPIRAL MEDITATION FOR COMMUNION WITH THE DIVINE GRACE performed in unison across the country.

Photo Report. Book Launch: «The Secret Tantric Path of Love to Happiness and Fulfillment in a Couple Relationship» – London 2010

BONUS 14-DAY REPLAY: Yogis and non-yogis around the world, let us celebrate the true…