A new analysis shows that methanol fuel cells are more efficient at producing electricity than hydrogen fuel cells. Fuel cells use hydrogen – the most abundant element in the universe – to produce clean and efficient electricity to power cars, trucks, buses and ships, as well as even homes and businesses. Hydrogen is considered the cleanest fuel of all, as burning it only produces water. 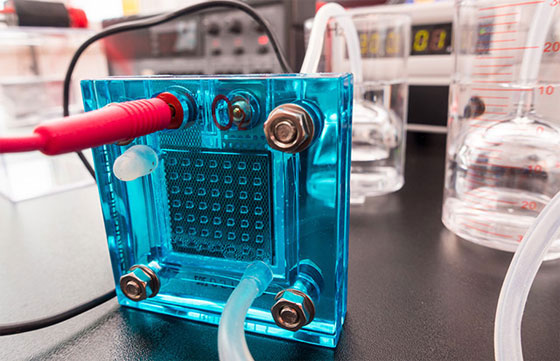 The same goes for the electrochemical process inside fuel cells, where hydrogen and oxygen are combined to form water, producing electricity in the process. But hydrogen is also highly flammable. It has a lower ignition energy than gasoline or natural gas, which means it can ignite quite easily. As such, handling it can be quite dangerous, and developing means of doing so in a manner that’s safe for the average consumer has been one of the biggest challenges facing fuel cell technology.

Methanol is much more efficient than hydrogen alone

In their analysis, the Energy Industry Review outlines the many advantages of methanol as a hydrogen carrier. Not only is this alcohol less flammable than hydrogen, but it also packs more of hydrogen than even liquified hydrogen. This means vehicles and establishments can run much longer using methanol than with an equivalent amount of liquified hydrogen alone, with less safety risks.

The analysis also points out that methanol can simply be “reformed” at an on-site fueling station to generate more hydrogen. In addition, fuel cell electric vehicles (FCEV) such as cars and buses can also use onboard reformer technology. The latter means that FCEVs carrying methanol can travel longer ranges than those carrying pure liquified hydrogen alone – up to 800 kilometers (497 miles) on methanol compared to just 200 km (124 miles) on pure hydrogen alone.

In addition, the analysis points out that methanol can be produced much more economically than pure liquified hydrogen. The latter requires expensive and power-hungry electrolysis. At the same time, using renewable energy for hydrogen production – so as to not defeat the purpose of switching to hydrogen in the first place – was also expensive.

It took until 2019 for researchers to say that hydrogen produced through renewable means was “cost-competitive.” But even then, it was only for niche applications.

On the other hand, methanol can be cheaply produced from a wide range of conventional and renewable feedstocks. Because of this, the analysis calls methanol “the most affordable, sustainable, and easily handled hydrogen carrier fuel.”

Developing a highly efficient and safe hydrogen infrastructure, whether or not it uses methanol as a carrier, is important as more companies start to develop fuel cell technology and FCEVs.

“CO-WIN is both a valued strategic partner and licensee of E1, and we are excited to be working with them on this fuel cell truck project,” said Dave Edlund, Element 1’s Chief Executive Officer. “The hydrogen generation technology being deployed is unique to [Element 1] and is a game modifier for clean transportation. To my knowledge, no other company in the world can provide a commercial onboard hydrogen generation product comparable to our M-Series product line.”

Other FCEV efforts, both as test programs and actual vehicles for sale or lease, have come before. Most notable are Honda’s FCX Clarity and Toyota’s Mirai. But these have been limited releases targeted squarely at the passenger car market.

Element 1’s effort is one of the first to test hydrogen power on a commercial vehicle. Should it prove successful, the test could lead to greater use of hydrogen FCEVs using efficient, methanol-based systems in commercial applications.

“Our broad collaboration with CO-WIN is expected to result in the mass commercialization of fuel cell systems supporting not only transportation, but also telecom and distributed power applications throughout the Asian market,” he added.

Black holes are ‘portals to other universes,’ according to new quantum results