In a factory that produces products, there are mechanisms and machines that churn out those products, and their functioning mechanisms can be controlled, of course, as to how many are produced, how quickly, and when that production line needs to be shut off or shut down. 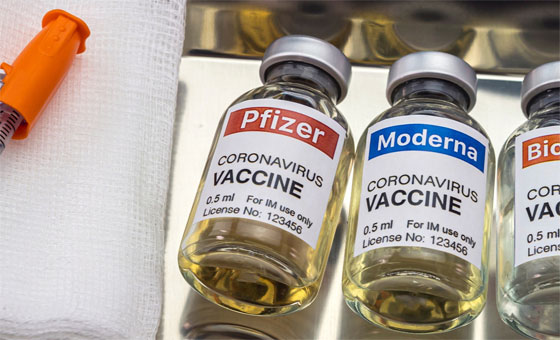 Sometimes supply exceeds demand, so there’s no more need to create the product (at least temporarily), or sometimes the products are defective, and the machines must be shut down until the problem is resolved.

There are “mechanisms” in our human cells that function in a similar way, controlling quality, quantity and frequency of production, until they are broken or hacked by cancer cells or… wait for it… mRNA vaccine technology.

Pfizer and Moderna Covid-19 vaccines hijack your cell’s ribosomes and churn out toxic proteins that attack your body – but for how long?

Let’s take a look at the uncontrolled cell division in cancer cells that’s strikingly similar to the ongoing vaccine situation where human cells are now instructed by mRNA to keep creating toxins in the human body, without any “controls” or “mechanisms” in place to shut down that production.

In other words, mRNA manipulates human cells to create antigens your other cells recognize as viral invaders (pathogens) of the body.

People with a weak or “compromised” immune system are easily overwhelmed by this constant and growing invasion created from the “dose” of mRNA, about 100 to 200 micrograms, that produce several billion protein particles.

These protein particles do not replicate like cancer cells, but they are being created uncontrollably by your own cells, so even though they don’t divide, replicate and multiply, they are being produced relentlessly, like a factory, and nobody can seem to answer the question of when they stop producing.

Nobody knows how long the mRNA keeps telling your cells to produce more spike protein, and plausibly, it could be many months or even years. Is that enough to kill healthy people too?

You could say cancer is the end result of unchecked cell division caused by broken mechanisms that regulate cells and their cycles. It all begins with a change in the DNA coding of genes, very similar to the re-programming of cell function/ability by Pfizer and Moderna mRNA vaccines.

In both situations, the human cells have lost control of production, and the codes have been rewritten (like a bioweapon) to produce toxins the human body rejects. That’s where the “loss of control” begins, and that’s where cancer begins.

Now you can begin to rationalize the danger of getting injected with mRNA “technology” that becomes your new “factory manager” who has reprogrammed your body to become its own enemy.

Forced DNA/RNA code changes from the mRNA vaccines instruct human cells to create unlimited amounts of proteins and prions. The body is now a big waste dump for pathogenic “proteins” that just keep “showing up.” This is what is leading to all these blood clot cases and inflamed hearts we’re reading and hearing about all around the world, from every nation.

This is why they should NOT have been allowed to skip clinical trials on all these Covid-19 vaccines. This is why they were only granted EMERGENCY approval (EUA) which only makes all this one huge “medical experiment.”

The mRNA vaccines could literally be causing your cells to produce millions, if not billions, of spike mutations per day. These are proteins that mimic coronavirus fragments, so your body reacts by attacking them. This is what creates auto-immune disorder.

Are mRNA-vaccine-induced, mutated and deformed “protein” pathogens to become oncogenes that cause cancer? Will all these mRNA-created virus fragment clones (protein fragments and prions) become cancerous as they rot away in the bodies and blood of the vaccinated? They are recognized like a virus that’s invading the body, the blood, the cleansing organs, the heart and the brain, just like cancer.

The worst part about mRNA vaccines forcing your cells to create unlimited proteins is that the human body is not set up to dispose of these waste prions, so they collect in the blood vessels, like sticky plaques, and travel throughout the body and brain, randomly attaching themselves just about anywhere and causing massive blood and nutrient “traffic jams.” Watch for skyrocketing statistics for cases of blood clots and autoimmune disorders all over the world very soon.

Plus, what if every Covid-19 vaccine is causing a new kind of cancer, because your cells now have embedded instructions to create mutated, carcinogenic “proteins,” and with an mRNA-coded creation “mechanism” that can never be turned off? This is what the CDC just called an emergency meeting to address, because the word is getting out about blood clots and inflamed hearts.