In January 2015 the Association MISA celebrated 25 years of existence. From its founding until now, this association which till now still has only 20 members led to a large-scale spiritual movement, which has no equivalent in Romanian society and established the largest yoga school in Europe. 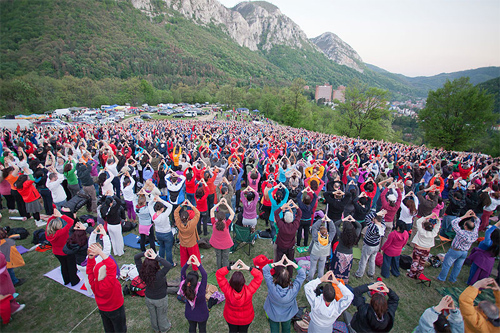 The main founder and also the spiritual mentor of this school is the yoga teacher Gregorian Bivolaru. He began teaching yoga in Bucharest in 1978, during communism. During 1982-1989 yoga was declared illegal in Romania. Those who practiced yoga and especially yoga instructors have suffered greatly at the time. Gregorian Bivolaru was persecuted for political reasons (for practicing and teaching yoga), persecutions culminating in his abusive imprisonment.

Moreover, in 1989 he was forcibly admitted to the psychiatric hospital Poiana Mare. The revolution of 1989 was regarded by yogis as a welcome intervention that mark the end of the persecutions to which they were subjected. Gregorian Bivolaru was released from Poiana Mare in December 1989. Implicitly, the yogis felt that the ordinance of 1982 was no longer in force and that yoga is back in legality in Romania. Regarding all his convictions during the communist regime Gregorian Bivolaru sued the Romanian state and obtained a final verdict that recognizes the political nature of the persecutions led against him, therefore the lack of legal basis of all indictments and convictions from the communist period. 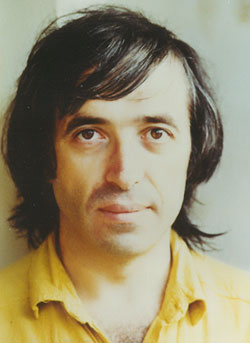 Immediately following the so-called revolution of 1989, specifically in January 1990, it was founded the association MISA (in translation – the Movement for Spiritual Integration into the Absolute). It brought together from the very beginning all yoga practitioners around Gregorian Bivolaru, who had suffered most from the communist period. The main objective of this non-profit association was and has remained until now promoting yoga practice through practical courses and specialized publications.

The acronym MISA comes from the Movement for Spiritual Integration into the Absolute, a name proposed by Gregorian Bivolaru. MISA bylaws refer to the promotion of spirituality, organizing courses, as well as other events, publication of materials that contribute to the overall raising of the spiritual level of the people of this country.

Since January 1990 Gregorian Bivolaru and some yoga students began to held lectures and yoga classes. In Bucharest, the lectures were held weekly at the House of Culture for Students Grigore Preoteasa, always with packed halls. Soon the courses started in the House of culture Mihai Eminescu and in the gym hall of Bucharest University and then started several groups “for students”. Thousands of people have signed up for yoga classes in those first months. 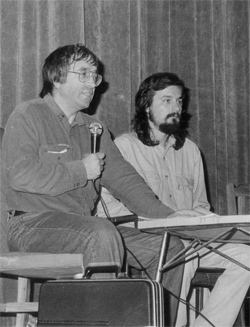 The yoga lectures from the 90s were discussing topics that were quite advanced in terms of yoga, such as Patanjali’s fundamental yoga treatise (Yoga Sutra) and comments of this text, the practice of yogic meditation, as well as more publicly available topics: yoga and Christianity, excerpts from the works of the great yogi Yogananda, clairvoyance, astral projection, Sundar Singh’ prophecies.

There is an atmosphere of excitement both around these conferences and the courses. Gregorian Bivolaru was invited to publish articles in various journals about yoga and also about tantra. Both he and other yoga instructors were invited to various radio programs, the audience and the enthusiastic response of the audience being unusual compared to other topics presented. After only two years, the press estimated that the number of yoga students exceeded 10,000.

The continuity, the scale and the dynamism of spiritual activities and events organized by MISA yoga school (and even the similar event organized by similar schools opened abroad by instructors trained in the MISA School) revolve around the very strong personality of Gregorian Bivolaru. 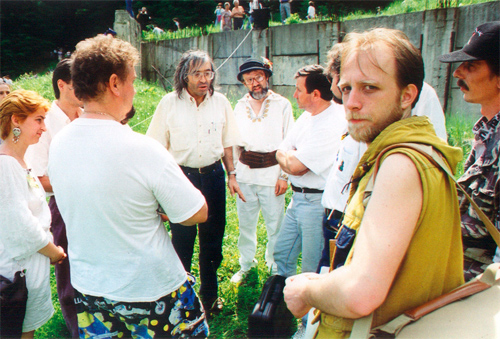 Even now, when he lives in Sweden, where he has political asylum due to persecutions he was subjected to in Romania in the current regime, Gregorian Bivolaru is undoubtedly the most prominent personality of the yoga movement. The history of this school is, from a certain point of view, determined by his prolific and tireless work to promote the values ​​of yoga.

Yogis spiritual movement includes tens of thousands of people who are learning yoga, following yoga classes and practicing yoga, without organize them in any way or include them in an institutional associative framework. The two defining elements of this large spiritual group are both unity and heterogeneity. Given the impossibility of formal classification of this veritable social phenomenon, the media and the authorities refer to this entire group of yogis and all yoga courses by the name MISA. 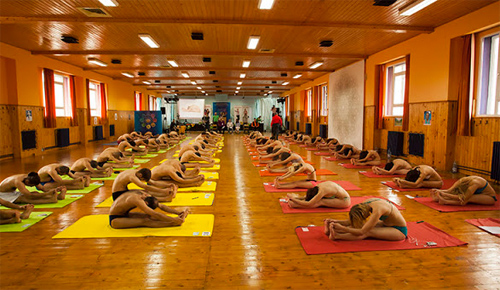 MISA Yoga School is a spiritual movement and due to this fact it doesn’t have an equivalent in classical institutional terms; as a yoga school, is a heterogeneous group of people who share the fact that they practice yoga and attend yoga classes. The majority of these yoga students adhere by their own belief to some ethical, moral and spiritual principles promoted by the yoga courses, making them have some common customs and beliefs (lacto-vegetarian diet is the best example in this respect).

Among these habits, for some students, is also the one of spending holidays in the yoga camps from Herculane and Costineşti, participating in the spiral meditations organized regularly or various conferences with spiritual themes.

Very different people from all over the world then become familiar with each other and even befriend because of the common passion for yoga and spirituality and interests in different areas less common (esotericism, initiatory arts, free energy, extraterrestrials …). Communion based on spiritual aspirations and common spiritual interests are responsible for the amazing unity of this group; on the other hand, the cohesion that is conferring unity it doesn’t necessarily have a uniformity role – the yogis group is rather amazingly heterogeneous. 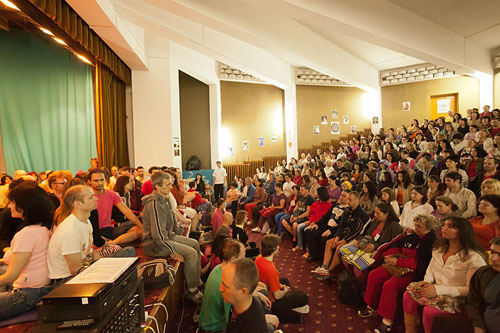 As time passed by and the Yoga School which has “grown” around MISA came to have more and more followers and students became increasingly visible and that MISA began to be troublesome for some circles of power. The actions against MISA had over time such magnitude, that the phenomenon is difficult to explain, especially to the one who knows the truth – nothing in the activity of MISA does not justify all charges made to this movement.

That is why we say that this campaign is essentially unexplainable by logical means; the inconsistency between the facts and the image created is so big that it must be some other hidden motivation, and many interests about which nothing is said to the large public! 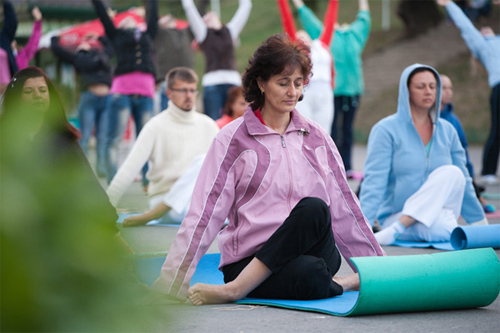 The activity of the Yoga School appears to us, when presented by itself, as a great success. We can ask to whom, or due to which aspects is justified this important success. Knowing very well the movement and the people who are a part of it, we would like to offer a response: the success of MISA Yoga School is primarily due to the quality of the courses, as well as quality yoga practice of those who transformed through yoga and thus have become people with special qualities.

In particular, the success of this School is due to the continuous efforts of Gregorian Bivolaru, who seems to understand best that “in yoga practice there is no stagnation but regress” – and thus he always offers new and new incentives to yoga practitioners as activities, initiations, conferences etc. His personality also played a role in polarizing the whole movement, giving it unity, with all its heterogeneous constitution. The group cohesion is another driver of success (which, on the other hand, it scares the “enemies” of this movement). 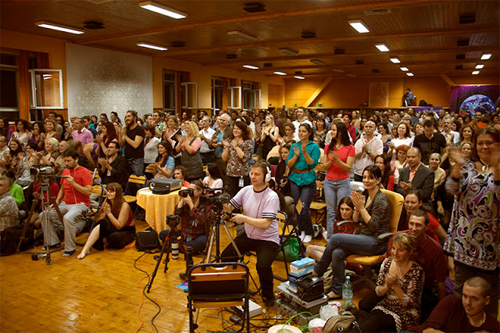 If we look at MISA’ work in parallel with what was done for its prevention, disruption, destruction, and discrediting, then the success of MISA yoga school appears to be more than extraordinary. Moreover, considering the size of the forces set in motion against the yoga movement, even its mere survival could be considered a miracle. Therefore we can dare to say that the continued development of the school, the success that it still has now, despite all hostile factors, is truly miraculous and certifies that the orientation of this school is eminently beneficial and divinely integrated.

The Entertainment Industry Besets Human Beings with Evil Influences Through All…