When Timmy drinks orange juice he has no problem. But Timmy is just one of close to a dozen personalities who alternate control over a patient with multiple personality disorder. And if those other personalities drink orange juice, the result is a case of hives. 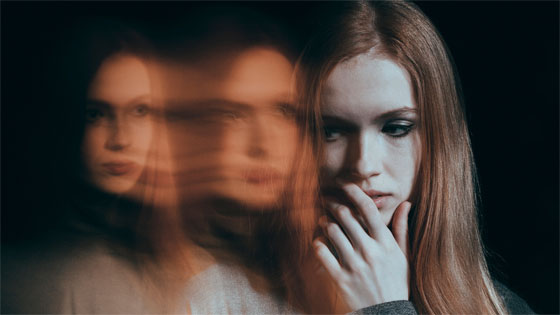 The hives will occur even if Timmy drinks orange juice and another personality appears while the juice is still being digested. What’s more, if Timmy comes back while the allergic reaction is present, the itching of the hives will cease immediately, and the water-filled blisters will begin to subside.

Such remarkable differences in the same body are leading scientists to study the physiology of patients with multiple personalities to assess how much psychological states can affect the body’s biology, for better or worse. The researchers are discovering that such patients offer a unique window on how the conscience and body can interact.

Researchers feel that the study of these patients may also have significant implications for people with the medical disorders that are found to differ from one sub-personality to another. If the mechanisms through which these differences occur can be discovered, it may be possible to teach people some similar degree of control over these problems.

“We’re finding the most graphic demonstrations to date of the power of the conscience to affect the body,” said Dr. Bennet Braun, a psychiatrist at Rush-Presbyterian-St. Luke’s Medical Center in Chicago, and a leading pioneer in the research. “If the conscience can do this in tearing down body tissue, I think it suggests the same potential for healing,” said Dr. Braun, who directs a 10-bed psychiatric unit that uses psychotherapy, hypnosis and drugs to treat people with multiple personalities.

In people with multiple personalities, there is a strong psychological separation between each sub-personality; each will have his own name and age, and often some specific memories and abilities. Frequently, for example, personalities will differ in handwriting, artistic talent or even in knowledge of foreign languages.

Multiple personalities typically develop in people who were severely and repeatedly abused as children, apparently as a means to protect themselves against the pain of the abuse. Often only one or two of the sub-personalities will be conscious of the abuse, while others will have no memory or experience of the pain. It is unclear why some abused children develop the syndrome while others do not.

For more than a century clinicians have occasionally reported isolated cases of dramatic biological modifications in people with multiple personalities as they switched from one to another. These include the abrupt appearance and disappearance of rashes, welts, scars and other tissue wounds; switches in handwriting and handedness; epilepsy, allergies and colour blindness that strike only when a given personality is in control of the body.

Today, using refined research techniques, scientists are bringing greater rigour to the study of multiple personalities and focusing on a search for the mechanisms that produce the varying physiological differences in each personality.

One of the problems for psychiatrists pursueing to treat patients with multiple personalities is that, depending which personality is in control, a patient can have drastically different reactions to a given psychiatric medication. For instance, it is almost always the case that one or several of the personalities of a given patient will be that of a child. And the differences in responses to drugs among the sub-personalities often parallel those ordinarily found when the same drug at the same dose is given to a child, rather than an adult.

In a recent book, “The Treatment of Multiple Personality Disorder,” published by the American Psychiatric Press, Dr. Braun describes several instances in which different personalities in the same body responded differently to a given dose of the same medication. A tranquilizer, for instance, made a childish personality of one patient sleepy and relaxed, but gave adult personalities confusion and racing thoughts. An anti-convulsant prescribed for epilepsy that was given another patient had no effect on the personalities except those under the age of 12. In another patient, 5 milligrams of diazepam, a tranquilizer, sedated one personality, while 100 milligrams had little effect on another personality.

Some of the recent findings on such modifications have been reported at an international conference on multiple personalities that Dr. Braun in October (2021) in Chicago. The reports included other physical differences from personality to personality, such as seizures, eating disorders, and different neurological and sensory profiles.

One of those reports is based on a study by Scott Miller, a psychologist at the University of Utah, of optical differences in people with multiple personality. Dr. Miller had an ophthalmologist give a battery of standard optical tests to 10 patients and a control group of nonpatients. After each battery, the ophthalmologist would leave the room while the patient switched personalities, sometimes at will and sometimes with prompting, then return and repeat the test. The study included a control group of another 10 people who feigned switching personalities, unknown to the examiner, to remove a potential source of bias.

The study, which will be published in the Journal of Nervous and Mental Disease, found that there were significant modifications in visual acuity, in the shape and curvature of the eye and in refraction from personality to personality in the real patients, but hardly any among the others tested. 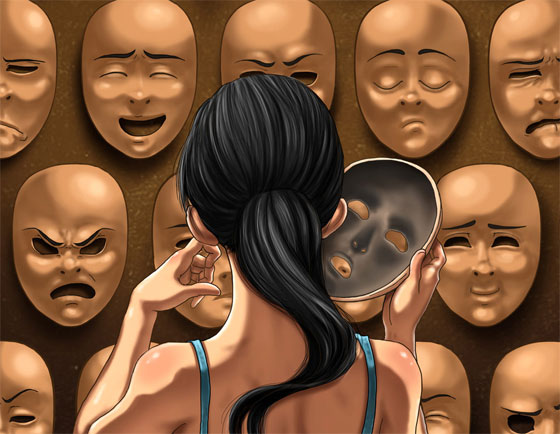 The ophthalmic exam also found some clinical differences apart from the standard tests. One woman had three personalities, aged 5, 17 and 35. When the five-year-old was examined, she had a condition, common in childhood, known as “lazy eye,” in which one eye turns in toward the nose. The condition was not present in the 17-year-old or the 35-year-old.

Similar differences were found in other patients. “One patient had had his left eye injured in a fight, so that it turned out,” said Dr. Miller. “But the condition only appeared in one of his personalities. It disappeared in the others, nor was there any evidence of muscle imbalance.”

The study corroborates an observation of vision differences that had often been made by those treating multiple-personality cases. “Many patients have told me they have a drawer full of eyeglasses at home, and they never are quite sure which to bring when they go out,” Dr. Braun said.

The medical phenomena being discovered in multiple personalities stretch the imagination, but researchers believe that they represent only the extreme end of a normal continuum. The effects found in these patients, they say, are graphic examples of the power of states of conscience to regulate the body’s biology. By studying them, researchers hope to find clues to links between conscience and body that can help people with other psychiatric problems, as well as point the way to powers of healing that may one day be of use in treating normal medical patients.

The lesson for psychophysiology from multiple personalities is that a given personality has as its biological underpinning a specific pattern of consciousness and biological states, according to Dr. Frank Putnam, a psychiatrist at the Laboratory of Developmental Psychology at the National Institute of Health. In a sense, Dr. Putnam said, there is a “biological self” that corresponds to the psychological self; as the psychological one shifts, so does the biological.

“We have a work self and a play self, for instance, but we are the same person,” said Dr. Putnam. “But each of those selves has its own repertoire of emotional states, memories and, to some extent, an underlying biological pattern. Those minor differences are seen in their extremes in the patients with multiple personality.”

The biological differences found in the patients, Dr. Putnam believes, reflect the range of states of conscience that each sub-personality typically manifests. Many of them are extreme: the terror of a frightened child, the hatred of an avenger. “A given state of consciousness has its biological reality,” said Dr. Putnam. “By keeping these states separate and distinct, the patients create biologically separate selves.”

Dr. Putnam, who has done extensive research on patients with multiple personalities, is focusing his interest on how they switch from one personality to another. During the switch, there is typically a period of seconds or even minutes when heart rate, breath rate and other physiological markers show a disorganization, which is followed by a new pattern typical of the personality that is emerging.

Some of the most striking modifications occur in the tension levels of the person’s facial muscles. It is almost as though the person were donning a new face, according to Dr. Putnam.

The modifications also include blood flow patterns in the brain, according to findings by Dr. Putnam and other researchers. The blood flow changes were observed while different personalities performed the same mental tasks.

“The transitions in children from one extreme state to another is every bit as abrupt as in the patients,” said Dr. Putnam. “You see it in the child who switches from crying to laughing, or who cries himself to sleep. Normally, adults don’t switch that abruptly; one of the tasks of growing is learning to keep the switching under control. Children is necessary to make an effort so that their school self doesn’t behave like their home self, for instance.”

In the children who respond to severe abuse by developing multiple personalities, Dr. Putnam believes, the usual integration of various “selves” did not occur. Such children seem to make use of two psychological capacities to protect themselves against the pain of abuse. One is the ability to enter an altered state of consciousness, such as a hypnotic trance, an ability that peaks at around the age of nine. Another is the capacity to dissociate, to separate one aspect of experience from another.

“It’s adaptive for the children to keep the states separate, so that they can keep the awareness of the abuse from their other selves,” said Dr. Putnam. “That way the feelings and memories don’t flood them while they are at school, for instance.”

The switches that patients with multiple personality go through are a special case of a universal phenomenon, according to an article by Dr. Putnam in a recent issue of Dissociation, a journal devoted to multiple personality and related disorders. Anyone who goes from one extreme emotional state to another undergoes major biological shifts akin to those observed in those with multiple personality, according to Dr. Putnam. They are no different from the plunges into extreme emotion seen, for instance, in patients who go from depression to a manic state, or in someone having a panic attack, he said. “But the switches are harder to catch in other disorders; they’re more random,” said Dr. Putnam. “But some multiples can switch six times in an hour. They’re a better laboratory for study.”

Through studying such patients, Dr. Braun believes, wider medical applications may be discovered. He points, for instance, to one patient who had a blood pressure of 150/110 when one personality was in control, and a pressure of only 90/60 when another personality took over.

“They can teach us much about the mechanisms by which we shift from one state of consciousness to another,” Dr. Putnam said. “Most of psychiatry deals with helping people shift from one unpleasant state to another, more pleasant one.”