Olives have been widely enjoyed for centuries. Homer called olive oil “liquid gold” and it is closely associated with all past and present civilizations near the Mediterranean Sea. Wild olive trees were likely first domesticated from those growing in the Mediterranean basin; some historians believe it was the olive that made the plant attractive enough to do so. But the deliberate act of making olive oil occurred about 2500 BC. 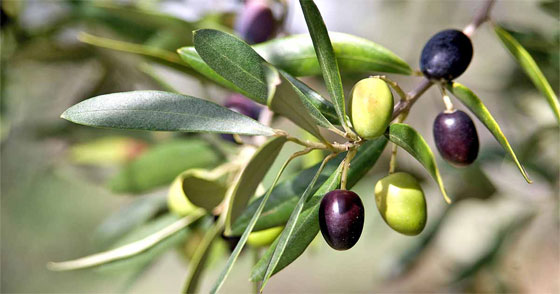 The olive tree also has deep cultural symbolism, often representing peace and health. For instance, the official emblem of the World Health Organization is surrounded by olive tree branches. The symbolic use of the branches and leaves may have originated from the traditional use of the leaves in folk medicine.

Olives are too bitter to be eaten directly, so is necessary that they are cured first. The polyphenol responsible for the bitterness is oleuropein. The fruit is rich in phytonutrients, which may explain the health benefits attributed to them. These include a positive impact on the respiratory system, musculoskeletal system, digestive system, cardiovascular system and immune system.

Effects of natural remedy may be from polyphenol oleuropein

Both the olives and the extract from olive leaves are beneficial to your health. Mounting evidence demonstrates beneficial effects of olive derivatives such as olive leaf extract (OLE) may be strongly linked to the polyphenols found in the plant and plant products. OLE contains a higher quantity of polyphenols and greater variety than those found in extra virgin olive oil.

Interestingly, the polyphenols between the leaves and the fruit have structural differences that researchers believe may improve the capacity of OLE to improve health. The most studied antioxidant phytonutrient in the plant is oleuropein, which is found exclusively in olives. Oleuropein is the most prevalent found in the leaves, pulp, seed and peel of olives.

Evidence shows that the phytonutrient exerts an antioxidant effect through different pathways and it helps counteract oxidative stress in a similar fashion to that of vitamin C and vitamin E. The phytochemical also has an anti-inflammatory effect through the inhibition of proinflammatory cytokines.

Oleuropein has been shown to reduce interleukin-1 beta and nitric oxide in an inflammatory response. Evidence suggests the compound has an anti-atherosclerotic effect and could decrease lipid levels. In this way, researchers believe it reduces atherosclerosis and suppresses inflammatory factors.

The leaves of the plant have also been traditionally used as a mouth cleanser and to treat intestinal discomfort, diarrhea and urinary tract infections. Oleuropein administered to liver damaged mice demonstrated protective effects by reducing hepatic steatosis and the progression to nonalcoholic steatohepatitis.

The plant uses the phytochemical as a natural resistance to microbial attack, which lab evidence demonstrates is active against Gram negative and positive bacteria. Oleuropein additionally has antimycoplasmal activity against antibiotic-resistant strains. Antiviral activity is demonstrated against hepatitis B and HIV.

Mitochondrial DNA damage from oxidative stress can lead to neurodegenerative diseases, including Parkinson’s and Alzheimer’s disease. Some data reveal that oleuropein has a potential neuroprotective effect, particularly in animal studies involving aged rats. The treated animals demonstrated that administration of oleuropein protects against neuronal loss.

A traditional Mediterranean diet has long been linked with a lower prevalence of cancer and cardiovascular disease. One of the main components of the diet is olive oil, which has demonstrated an anti-inflammatory and protective effect against free radicals. The effects of bioactive components in OLE and olive oil may be a result of the phytoestrogen action.

The similar structure has been hypothesized to reduce the progression and problems of hormone-related cancers. Some of the most prevalent types include breast cancer, uterine and colorectal in women, and prostate and colorectal cancer in men, as well as melanoma.

Researchers hypothesize that as people live longer, the prevalence of cancer is likely to continue to rise. Making strong lifestyle choices, such as eating foods to reduce the inflammatory response, may play a pivotal role in lowering diseases such as cancer that are associated with age.

Olive tree leaves have been widely used in traditional medicine in the Mediterranean region. Research into the effects of extra virgin olive oil is abundant, yet evidence suggests that the bioactive components in OLE offer greater and possibly more potent results.

Olive trees produce large amounts of polyphenols to combat pathogens and insect attack. The concentration and variety are influenced by the age of the tree, geographical location and cultivar. However, it should be noted, while there are thousands of phytochemicals within the leaf, they are not present as independent compounds. The combination of these compounds may be what confers the health benefits. There is evidence OLE and other polyphenols have the ability to scavenge the overabundant production of reactive oxygen species and nitrogen species responsible for damaging DNA and playing an important role in aging and pathology. 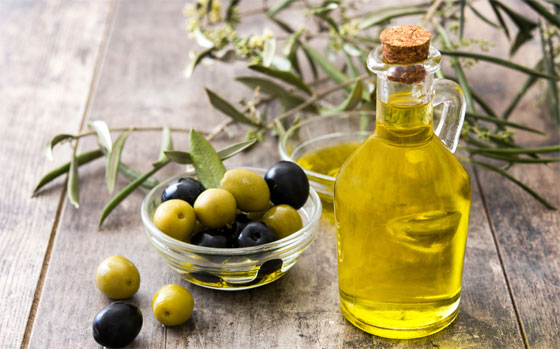 The antioxidant properties of polyphenols are widely accepted as the pathway for health benefits. In past research, polyphenols found in olive leaf extract have inhibited the growth of pancreatic, breast, prostate and colorectal cancer cell lines. Scientists conducting a literature review on the effects of OLE concluded: “There is strong evidence from cell models which demonstrates that olive polyphenols, and specifically the combination found in olive leaf, are able to modulate and interact with molecular pathways and in doing so may inhibit the progression and development of cancer.”

Evidence also shows the antiviral components of olive leaf extract can shorten an upper respiratory illness. In one study, high school athletes were engaged in a randomized control trial using either a placebo or olive leaf extract equivalent to 100 milligrams (mg) of oleuropein.

The athletes took the supplement for nine weeks during competition while the researchers measured their training load and respiratory illness symptoms twice a week. They found that taking the olive leaf extract did not reduce the incidence of an upper respiratory infection, but it did cause a 28% reduction in the number of sick days the athletes required to recover.

Oleuropein found in olive tree extract also has environmental uses. The antiviral properties have demonstrated the ability to reduce infectivity from viral hemorrhagic septicemia virus (VHSV). This is a highly contagious and fatal disease in fish that can affect both fresh and marine species. It is found in farmed fish and wild marine fish. First reported in the Great Lakes region in 2005, VHSV is known to infect 40 different species from salmon, trout and yellow perch, to walleye, northern pike and minnows.

High blood pressure can damage your heart and blood vessels by making them work harder and less efficiently. Overtime, high blood pressure damages the inner lining of the arteries. It is often called “the silent killer” since symptoms are not usually noticeable. You’ll only know if your blood pressure is high by having it measured.

Treatment often includes lifestyle transformations first, and pharmacological treatment second. In one study researchers tested olive leaf extract as a food supplement in a group of 40 identical twins who had borderline high blood pressure. Twin studies are an important means of testing interventions while controlling for genetic differences.

The researchers found there was a transformation in blood pressure that appeared to be dependent on the dose. In those receiving 500 mg, the systolic (top number) went down 6 mmHg more than the control group, or down 13 mmHg in those taking 1,000 mg versus 500 mg.

After eight weeks, the average blood pressures were nearly identical to baseline in the control group, but they were significantly reduced in the group taking 1,000 mg. Researchers also found there were differences in LDL cholesterol measurements. They concluded that OLE can lower blood pressure and cholesterol.

Olive leaf extract comes in capsules and in liquid form. The liquid can be added to a smoothie.

Women who are pregnant or nursing should avoid OLE, however. Since it can lower your blood pressure, people on blood pressure medication should consult with their physician if they choose to use it.

There are topical uses for OLE, including those related to hair care. In one animal study, researchers showed that topical administration could induce hair growth. While mice are often used to study skin diseases, further testing is needed to determine the potential to promote hair growth in humans.

OLE is also a traditional remedy for high blood sugar. In an animal study and a human trial, OLE lowered blood sugar. Scientists studied 79 people with Type 2 diabetes and gave them either a placebo or 500 mg of OLE each day. Over the course of 14 weeks, the people taking the OLE had significantly lower hemoglobin A1C and fasting plasma insulin levels.

People taking medication to control their blood sugar should consult with their physician before aiming to supplement with OLE, because doing both can result in a dangerously low or even lethally low blood sugar level.

Pineal gland: how to detox the part of your brain that controls sleep, aging and your…