Reindeer herders in Siberia have recently discovered (in the second half of July 2014) in different areas in Siberia, in the far north, different mysterious craters and wholes that do not resemble any other type of known geological formation. Many teams of researchers have studied those areas and took some astonishing pictures from the helicopter. 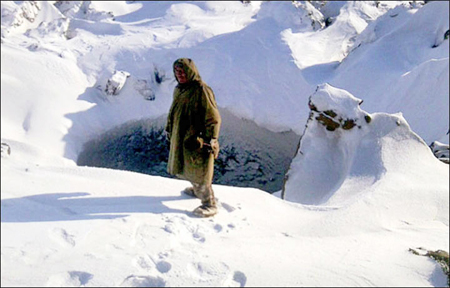 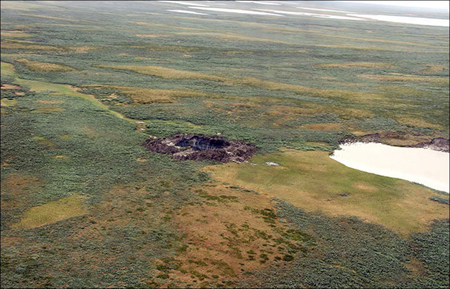 The first discoveries of this kind – three mysterious craters – have stirred up an avalanche of hypotheses and theories from scientists worldwide. The first crater was discovered in the Yamal peninsula and it is approximately 80 meters in diameter. Then a 15 meter crater followed, in the Taz district, and a third crater, with an irregular shape, having 60 to 80 meters in width, in the Taymyr peninsula. Subsequently, there were some smaller craters that have been found (“wholes” with a diameter varying from 8 to 15 meters) in other areas as well, with an unknown origin.

The most interesting of these was the one in the Yamal peninsula (the name means “the end of the world”) which is surrounded by a 1 meter “bank” which was visibly pushed out from the crater. On its bottom (it is a few dozen meters deep) they discovered a frozen lake, which contradicts the theory according to which the crater was formed due to the warming of the crust. However, the geometrical and geological differences between these formations don’t leave too many chances for the scientists to find a common explanation for the supposed recent formation of these craters. Global warming or gas pockets collapses are among the explanations given by different scientific publications. 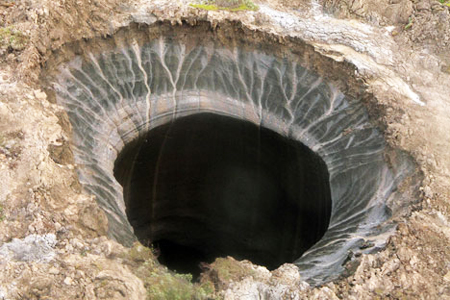 On the other hand, the adepts of the hollow earth theory are fascinated by these discoveries. They think of these craters as an equivalent of the mysterious Antarctic craters. They think that these are possibly some points of communication with the inner part of Earth. The interest given by the Russian military in securing the area in northern Siberia (that area can only be accessed with special approval and there are many military bases) is suggesting the fact that they actually want to forbid all explorers from accessing the “aperture” which exists around the North Pole which leads to the inner Earth.

The young woman who won the trial at the ECHR makes shocking revelations regarding the ordeal she was subjected to, only because she practices yoga