A study led by University of Georgia researchers found that salt nanoparticles could kill cancer cells and confer anti-cancer immunity. Published in the journal Advanced Materials, the study showed that sodium chloride nanoparticles (SCNPs) could stealthily enter cancer cells and rip them apart from within, causing cell death. The cells’ death could then trigger an immune response that enables the body to ward off new tumor growth. “This technology is well suited for localized destruction of cancer cells,” said chemist and co-author Jin Xie. “We expect it to find wide applications in treatment of bladder, prostate, liver, and head and neck cancer.” 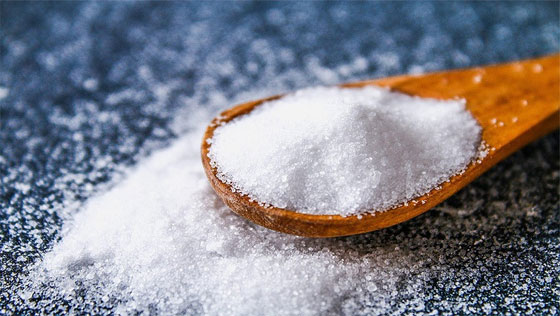 Unlike other inorganic nanoparticles, the therapeutic potential of SCNPs and other electrolyte nanoparticles is massively understudied due to a notion that they are not effective.

The underlying assumption is that electrolyte nanoparticles will quickly dissolve in water and become salts. As salts, they won’t be able to enter cells because cell membranes keep sodium ions out. Cell membranes do this to maintain ion homeostasis – that is, to maintain low sodium concentrations inside cells and high sodium concentrations outside cells.

However, Xie and his colleagues theorized that SCNPs should be able to pass through because the nanoparticle form should prevent cell membranes from recognizing sodium ions. “Sodium chloride nanoparticles can be exploited as a Trojan horse strategy to deliver ions into cells and disrupt the ion homeostasis,” the researchers wrote.

Once inside a cell, SCNPs should dissolve into sodium and chloride ions, which will overwhelm the cell’s protective mechanisms and ultimately cause the cell membrane to rupture. Once this rupturing occurs, molecules that leak out alert the immune system that there’s tissue damage, causing an immune response that enables the body to fight pathogens.

The researchers treated mice with cancer with the nanoparticles to test their theory. They injected cancer cells with SCNPs and compared their growth to those in mice that received the same quantity of sodium chloride in a solution, instead of as nanoparticles.

They found that SCNPs suppressed tumor growth by 66 percent compared to the mice that received the sodium chloride solution. On top of this, there were no signs that the nanoparticles caused damage to any organ.

The cancer cells also seemed to be more susceptible to SCNPs than healthy cells. The researchers attributed this to the fact that cancer cells contain higher levels of sodium to begin with, making them more vulnerable to sodium overload.

As part of another experiment, the researchers injected mice with cancer cells that were already killed by SCNPs. After the injection, the animals became more resistant to developing new cancer, which the researchers explained was due to the immune response triggered by the death of cancer cells earlier.

In sum, these findings suggested that SCNPs could kill cancer cells and confer anti-cancer immunity. Xie also noted that the nanoparticles are safe for human use since they turn into salts after rupturing a cell. They would then merge harmlessly with the body’s fluid system. He added that SCNPs are best suited for localized rather than systemic therapy because they dissolve relatively easily in water.

Dr. Peter McCullough: Covid vaccines are killing babies in the first trimester at an astonishing rate… an “atrocity” to vaccinate expectant mothers