As reported previously, black seed has been used for hundreds of years as both a food and medicine, and was once known as ‘the remedy for everything but death.‘ A growing body of scientific research on black seed now indicates that it may have medicinal value in over 40 different health conditions. 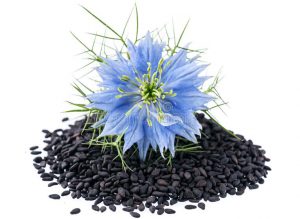 The first study, published in Advanced Pharmaceutical Bulletin and titled, “Protective Effects of Nigella sativa on Metabolic Syndrome in Menopausal Women,” found that when thirty menopausal women (ages 45-60), randomized into two experimental groups, were given either a placebo or 1,000 mg (capsules) per day of black seed powder after breakfast for a period of two months, they saw significant improvement in the following parameters:

The researchers concluded: “These results suggested that treatment with N. sativa exert a protective effect by improving lipid profile and blood glucose which are in higher risk to be elevated during menopausal period.”

The second study, published in BMC Complementary and Alternative Medicine and titled, “Nigella Sativa reverses osteoporosis in ovariectomized rats,” found that black seed was capable of reversing the adverse changes associated with the removal of the ovaries of female rats – the so-called ‘ovariectomy-induced animal mode of osteoporosis.’ The black seed treated animals whose ovaries were removed experienced a reversal of adverse physiological changes, reaching levels near to the sham (fake) operation control group.

The researchers concluded: “It can be concluded that NS [nigella sativa] has shown potential as a safe and effective antiosteoporotic agent, which can be attributed to its high content of unsaturated fatty acids as well as its antioxidant and anti-inflammatory properties.”

Indefinite rollout of mRNA vaccines in the coming years: 20 pathogens including HIV, influenza & many more!