– Short summary: the corona numbers are pure chaos. Data from the Ministry of Health were still missing at mid January. In the third year of the pandemic, not everyone still suspects simple incompetence. In Vorarlberg, Corona activist Steffen Löhnitz even believes in manipulation. His accusation: The numbers were sometimes 60 percent too high.

Accuses the government of having tricked the numbers: Steffen Löhnitz 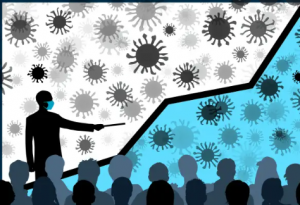 The official covid-19 case numbers in Austria are incorrect and manipulated, explains Steffen Löhnitz from Vorarlberg. His explosive allegations: the data are excessive. And that on purpose in order to justify corresponding interference with fundamental rights.

The state government, in cooperation with the federal government, falsified the number of cases in the order of 60 percent in order to justify the lockdown in the state. For the period from October 25, 2021 to December 23, 2021, Löhnitz wants to have documented and proven that the so-called “active cases” are incorrect in the given corona numbers. He accuses those responsible of deliberate manipulation.

Löhnitz refers to the values from all Austrian federal states, which were/are incorporated daily into the EMS database of AGES (Agency for Health and Food Safety). And that was exactly one of the biggest problems with the chaos in Mückstein’s green Ministry of Health: the lack of numbers and the different information only fuel conspiracy theories even further.

We’ve discovered the press conference that Steffen Löhnitz gave publicly. Unfortunately, it is in German without English subtitles, but we can find it here on YouTube (amazing) and Odyssey.

From what have already been reported on, data manipulation of deaths in relation to covid and vaccines has occurred in the UK, Germany, Israel and now Austria.

An extensive evaluation of data suggests a systematic exaggeration of the number of people affected by covid-19. The incidence values used to justify the lockdowns could therefore have been fictitious and a complaint to this effect was filed against the Austrian government.

Steffen Löhnitz presented various figures at an explosive press conference in January. He had saved the daily figures for cases in his own database. According to his analysis, these values do not agree with the final published results by the government. He is certain that the figures have been massively manipulated to inflate the extent of the alleged pandemic. The federal government was therefore charged with gross misconduct.

Graduate engineer Löhnitz dropped the political bombshell at a press conference on Ballhausplatz. The data specialist presented meticulously compiled figures and various graphics. Originally from Saxony, Germany with his adopted home as Vorarlberg, Austria, he did not mince words. Löhnitz distributed a 40-page brochure called “The manipulation of Corona numbers in Austria using the example of the state of Vorarlberg” (which is also available online). This was “explained, documented and proven for the period from October 25, 2021 to December 23, 2021”. 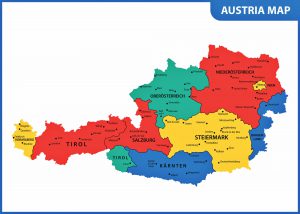 A discrepancy between the figures of the Epidemiological Reporting System (EMS) of AGES and the so-called covid-19 Dashboard became clear. If one converts the values into a corresponding curve, both curves, which should actually run parallel, differ greatly from each other. In some cases, the deviation is up to 60 percent. Care was however taken to ensure that everything always adds up in the end.

The Austrian Agency for Health and Food Safety (AGES) is responsible for public health, medical and drug safety and consumer protection.

The active cases were recorded incorrectly

Since it is difficult to falsify the deaths – and Löhnitz emphasized several times that the number of deaths was extremely low – according to his analysis, the manipulation works primarily by incorrectly recording active cases. The clear distinction was never actually made between really sick people and those who were only suspected of being sick, which is actually required by the Epidemics Act.

In this way, the incidence values have been multiplied so that the lockdowns could be pushed through. For example, the real number in December 2021 would not have been as high as 1,350 but only around 270 – and that is quite a considerable difference. Löhnitz is clear about the purpose of this manipulation: “On the subject of corona, people lie and the population is deceived.”

The federal government is being charged

Together with his lawyer Manuel Müllner, Löhnitz filed a complaint against various members of the federal government and generally against the responsible authority and officials. According to Müllner, there was a suspicion of crimes such as coercion, fraud and abuse of office.

After the press conference, Lohnitz personally brought his information brochure to the President’s office. There was also a letter to Federal President Alexander van der Bellen, in which he asked him to dismiss the federal government immediately because of the revelations. In addition, all corona measures, including the obligation to vaccinate, would need to be lifted immediately.

The bombshell coincides with mandatory shots

At the end of January, Austria’s parliament voted to make covid-19 vaccinations mandatory for adults from February, becoming the first European country to do so. All parties, except one, supported the measure with 137 votes in favour and 33 votes against it. As FWM reported, the unjabbed will be facing stiff fines of up to 3,600 euros from March.

The ÖVP, currently the largest party in the National Council, with 71 of the 183 seats, was in the process of disintegrating. After three senior members left the party, another key ÖVP politician were opposing his party’s planned compulsory vaccination. And the coalition party, the Greens were also feeling the squeeze. Over 21,600 Green Party sympathizers were also opposed to the compulsory jab measures and some members threatened to leave. But the Socialist Party of Austria (SPO), the country’s other major party, was nevertheless calling for the unvaccinated to lose their jobs, as well as their entitlement to unemployment benefits and social assistance in Vienna.

Many have criticized the decrees of the President of the Medical Association, Thomas Szekeres, who told doctors that they should not advise against taking the shots. “A woman from our district contacted me to say that 3 doctors have already told her that they are not allowed to issue a vaccination exemption because they fear for their license,” said mayor Adi Hinterhoelzl of Eidenberg in Upper Austria.

“The last wave was called the ‘wave of the unvaccinated’ by politicians, and since then the unvaccinated have been locked up,” he added. But when the Omicron wave raged in the ski areas of Tyrol and Salzburg, those who had not been jabbed had remained healthy. One could therefore “without a doubt speak of the ‘wave of boosted skiers’”, he explained.

FPÖ leader Herbert Kickl during a charged parliamentary debate at end January, described it as “paving the way to totalitarianism in Austria”.