DARPA-funded research seeks to tackle the climate crisis and global hunger by producing a protein powder from plastic and bacteria. 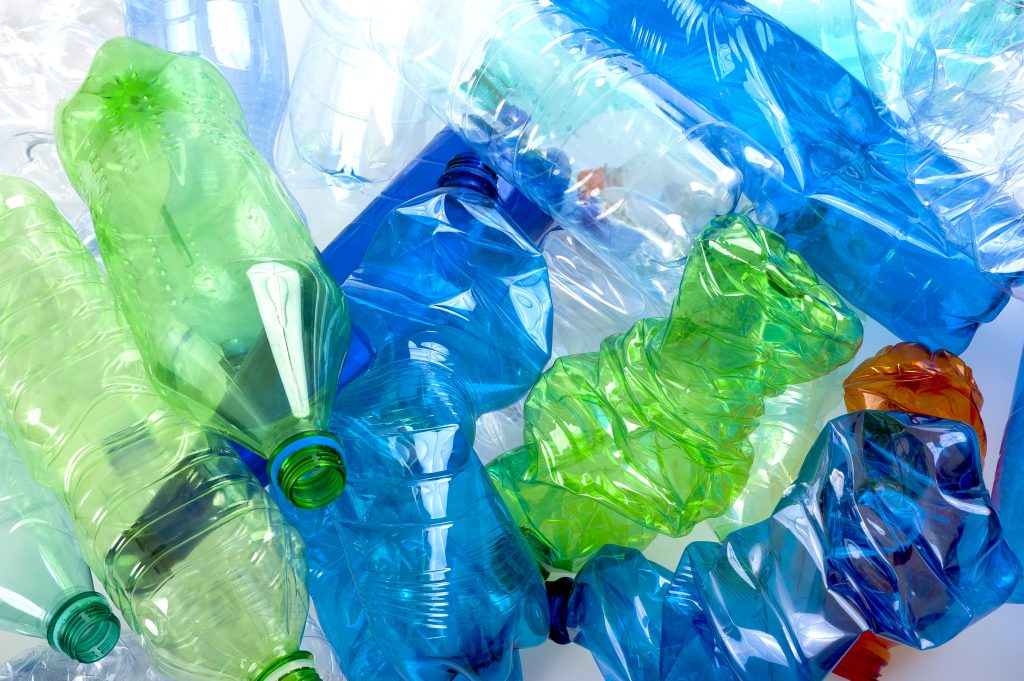 He isn’t imagining anybody chowing down on Funko Pops, but rather plastic in a safer, palatable, powdered form you could swig after a grueling iron sesh at the gym. Chugging down a plastic-derived protein powder for gains would come with an unexpected, ecological advantage: fighting the rise tide of plastic waste.

Plastic pollution is a colossal problem worldwide. According to the UN Environment Programme, humans have been creating plastic waste more than ever since the early 2000s, with about 400 million tons generated annually. Much of that waste circulates our waterways and oceans where there are literal garbage patches rivaling the size of Texas.

While cleaning up is doable and there are various organizations engaged in the task, it’s not without its challenges, both in terms of scale and recyclability. Only nine percent of plastic waste actually gets recycled. Much of that has to do with how labor intensive and expensive the process is. Plastic’s worth also degrades with time with each reuse; making new plastic is cheap.

But scientists including Techtmann are looking toward biodegradation and repurposing plastic. At his lab at Michigan Technical University, bacteria with hardy “stomachs” are treated like microbial guinea pigs, chomping down on processed plastic to churn out an edible, protein-rich byproduct. The idea, basically, is that humans could one day consume this byproduct.

Using organisms, whether big or small, to do the dirty recycling work isn’t a novel idea. Scientists have known for some time that mealworms—the larvae of the mealworm beetle—like to go ham on polystyrene, also known as Styrofoam. Recently, researchers in Spain discovered an enzyme in wax worm saliva that can degrade polyethylene (or PE), which accounts for up to 30 percent of daily use plastic.

“My background has always been in trying to study bacteria from the environment and how we can use them to solve problems,” said Techtmann in an interview. “I had been working on oil spill clean-ups for a long time when I was thinking how oil and plastic have a lot of things in common. Plastic is derived from oil, originally.”

Since there are quite a number of bacteria out in nature like Alcanivorax borkumensis that have been used to clean up oil spills in the past, Techtmann wondered if these tiny microorganisms could turn their voracious appetites to plastic instead. Taking it a step further: could they transform plastic into food? (Maybe, daresay, impress a fussy Gordan Ramsay?)

In this vision of the future, you wouldn’t be eating plastic directly but rather the cells produced when the bacteria feed off the plastic.

“If you think about it from a molecular level, the components of bacteria are very similar to food we already eat,” said Techtmann. “There’s a lot of protein in them; they’ve got lipids, fats, and vitamins. The product we’re producing at the end is very much like a protein powder that’s already been processed. So what’s leftover are microbial cells, but none of them are alive. You’re really just using them for the protein and lipids they provide.”

The official name of the project is Biological Plastic Reuse by Olefin and Ester Transforming Engineered Isolates and Natural Consortia, or BioPROTEIN. It’s a multidisciplinary effort partly funded by DARPA that brings together biologists, engineers, and chemists across Michigan Tech to realize a concept that feels firmly within the realm of science fiction.

While still a work-in-progress, Techtmann’s team have managed to create small amounts of this protein powder, which no one has yet taste tested but, he said, smells fairly yeasty and aromatic like Vegemite (Aussies rejoice).

So how does it work? The plastic—mostly common ones like PE, polypropylene, and polyethylene terephthalate, which is used in bottles—has to be chemically pretreated for a couple of hours in a reactor much like how birds premasticate food for their babies. This process turns the plastic into an oily sludge, which allows the bacteria to metabolize the material quicker, in a matter of days versus years.

These more manageable plastic chunks are then fed to a diverse community of bacteria, species like Pseudomonas and Rhodococcus. The bacteria gorge themselves on this veritable buffet, multiplying their numbers and making more bacterial cells, which are about 55 percent protein. Once all the plastic sludge has been consumed, the bacteria are sent to the microbial slaughterhouse, so to speak.

“None of these bacteria are related to any of the bacteria that could make humans sick. And the process we’re developing kills of all the bacteria prior to using [them] as food, basically cooking or pasteurizing them,” said Techtmann, referring to the heat treatment used to make raw milk safe for human consumption.

As food scarcity and insecurity continues to climb by the millions, Techtmann and his team are hopeful they can simultaneously tackle the problems of hunger and plastic waste. They expect scalability, both in terms of how much protein powder can be made at any one time and where it can be deployed, in the next couple of years, but first after conducting some preliminary field tests.

“Our grand vision, if you will, is to develop something that is relatively small, it could sit on the back of a pick-up truck, and then basically power itself without requiring a huge amount of energy,” said Techtmann. “The advantage of that is that it’s not something you would need a full-scale industrial facility to do these kinds of conversions.”

But the grand vision is not without challenges. Currently, the chemical pretreatment is energy-intensive, and so the scientists are figuring out ways to provide enough power—potentially through solar panels attached to the sides of an all-in-one device. Another obstacle is ensuring the product is safe for food consumption and to demonstrate that to food regulatory agencies, which Techtmann and his team are investigating.

“We want to make sure we’re doing a very thorough job of addressing those safety concerns because we want to produce a food product that, in the end, is safe,” he said. “We’re doing a lot of different tests right now to evaluate both the safety and nutritional content of the microbial biomass. We’re [also] working with the regulatory agency to see what we have to do in order to move toward that approval.”

If all goes to plan, Techtmann and his colleagues see their plastic waste-to-protein technology as another potential sustainable food source—not unlike the current trend toward next generation animal-free proteins—or an additive that could be enriched with additional vitamins, minerals, or other nutrients depending on the local needs.

“We have a big problem with plastic waste and it’s going to take a lot of expertise, energy, and effort to come up with solutions,” said Techtmann. “If we can contribute to even a small part of helping to deal with this crisis, it’s exciting to be working on something like this.”

Are you enthusiastic about serving plastic food for dinner, for example?