Motto: “Serious sport has nothing to do with fair play.
It is bound up with hatred, jealousy, boastfulness, disregard of all rules, and sadistic pleasure
in witnessing violence; In other words, it is war minus the shooting.”
– George Orwell 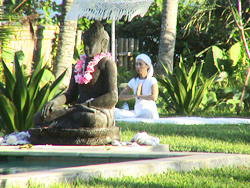 In more than 4000 years since the first YOGA reference there has been no question of YOGA as a sport. When they noticed that sport can provide important gains and Olympic sports can even obtain governmental support, some investors thought of speculating a virgin territory yet. So they invented sportive YOGA. With their efforts to convince the world that it is nothing but a sport, they became to modify not only the millenary yoga tradition, but also history and psychology.

Competition as goal and means disagrees with the essence of YOGA

“The yogic sports appeared 2000 years ago” their nonsense begins. “Since the very beginning yogic sports have been chiefly spiritual competitions between the different philosophical schools and monasteries from India”.

In fact, this is a brash mystification which the members of the Sportive YOGA International Federation concoct in order to make up a would-be ancient history. YOGA is a spiritual path, older then 4000 years and yogic sports have never existed, as well as there have never been yogic competitions.

The idea of competition is itself nonsense in YOGA. It is enough to consider the meaning of the two words and it turns obvious that they are completely unfitted. The word “competition” means opposition, rivalry between two parties in order to attain the same advantage or supremacy in a field whatsoever. The meaning has been extended to “survival fight”. The word YOGA stems in the Sanskrit root “jug”, which means to unify, to join, to merge, bring into unison. So there can be no trace of fight, dispute, rivalry, competition in YOGA.

Yoga-Sport is a sport as gymnastics, hunting or football 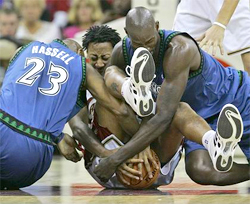 It goes the same with the word “sport”. From the regulation of the Sportive YOGA International Federation we find out that “a sport is any game with certain rules and a regulation which includes competition between two or more persons”. This has nothing to do with YOGA again, for not only does it imply no competition, but far it is from being a game with rules. As for YAMA and NIYAMA (which form the moral and ethic code in yoga) they might be sort of game regulation, since the yogi is only supposed to observe them as long as he is being watched by the jury. “YAMA and NIYAMA shall be observed one hour before, during and one hour after the competition”, is the regulation reference. And this is all. The sport-yogi is free to break YAMA and NYAMA, since he had scored enough to surpass the adversary.

The term sport turned into English to the meaning of “having fun” or “pleasure gained from an activity such as hunting”. In Middle Age, hunting was considered as royal “sports”, which preserves hunting as a sport until today. As a fate irony the word sport also goes in English for the meaning of “mockery”, which fits better in this case, as the phrase “yogic sports” is nothing but a mockery at a millenary practice and spiritual path.

As any game, yoga-sport has its own objective. Perhaps in order to justify the name of yoga-sport, the parents of the new invention felt the addition of “spiritual achievement” as compulsory. No joy, it’s not what it seems. In yoga-sport, this objective refers to challenge to overcome the everyday obstacles where “competition is a means of self-achievement and spiritual training”.  The asanas, meditations, pranayama, all these have no value for the yogi-sportsman, competition is everything.

What is the score for a yoga-sportsman wrestling to psychology? 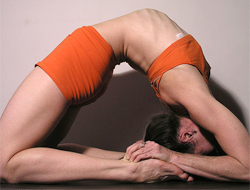 All these aspects extend to paroxysm the vulgar approach of the ancient YOGA system in the West. If the minimising of the HATHA YOGA practices to a simple form of fitness is completely ridiculous, this attempt of turning YOGA into a sport is utterly outrageous. Beyond the masquerade and the pretentious words stated by the inventors of the yoga-sport, it turns obvious that they don’t have the slightest clue about a spiritual path and the great value of the YOGA system for humankind.

THE MAGIC AND MYSTERY OF ORMUS ELEMENTS

Do not let yourselves be manipulated! Black magic techniques in the last issues of Gardianul

The Placebo Effect – The triumph of mind over body

The beneficial states of trance

The last prediction of Vanga concerning Romania concealed for a decade