Queen Victoria gave a special medal to a man who discovered 20,000 clay tablets which described evil demons. One of those demons inspired The Exorcist movie… But that is just the start. 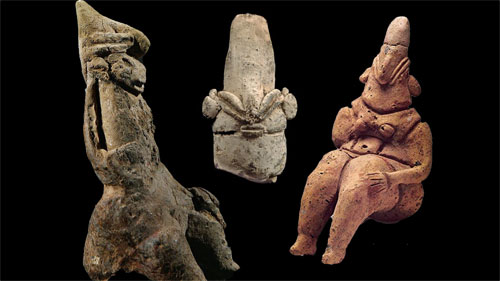 Queen Victoria ordered that all 20,000 tablets be shipped back to Britain. But the British Royals went further – they demanded that an entire temple of the Annunaki be brought back from ancient Iraq! Why?

Chris Everard publishes for the first time photos of ancient statues depicting the Annunaki and the generation of human slaves which they created by manipulating DNA.

The ancient clay tablets explained that Adam in the Garden of Eden married a female demon called Lilith… ‘A-dam’ means ‘man’ in Hebrew. The clay tablets contained the ‘creation of mankind’ as a slave who served masters who arrived from the stars.

100 years later, Queen Elizabeth gave permission for a 30-foot statue of one of these demons to be erected in the Royal Mall in London, just yards from the doorstep of Buckingham Palace… 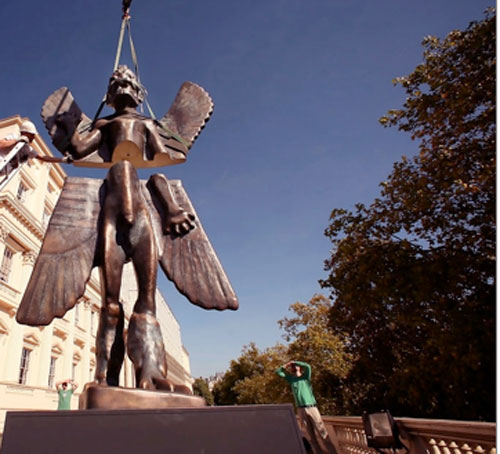 The 20,000 clay tablets turn the Bible upside down, and claim that the Serpent in the Garden of Eden was kind and benevolent. The tablets also contain pacts with demons, which live on the ‘Dark Side’ of the Tree of Life in the Kabbalah. These tablets have been the property of the British Royals since Victorian times.

These Demons have been secretly worshipped by Jewish Kabbalists for thousands of years. Now, for the first time, Chris Everard publishes the links between the ancient Hebrew Royal Families of Europe and their employment of magicians at shrines in Jericho, Lebanon and North Africa called tophets. Magicians at these shrines abducted and murdered children for their blood in order to ‘please’ these ancient demons which are described in the 2,000 year old clay tablets and were featured in some of the earliest ever made silent movies.

Chris Everard’s digital book Anunaki Demons and the Evil Messiah unashamedly exposes a cruel, intrepid, cunning satanic-terrorist network which has brilliantly concealed itself from exposure since the 17th century. Even the most well-read ‘conspiracy buffs’ and the most dedicated researchers and authors have never written a single word about the Zevite Illuminati. Every morsel of evidence presented by Chris Everard is double checked and backed-up with over one hundred photos and translations from the clay tablets. 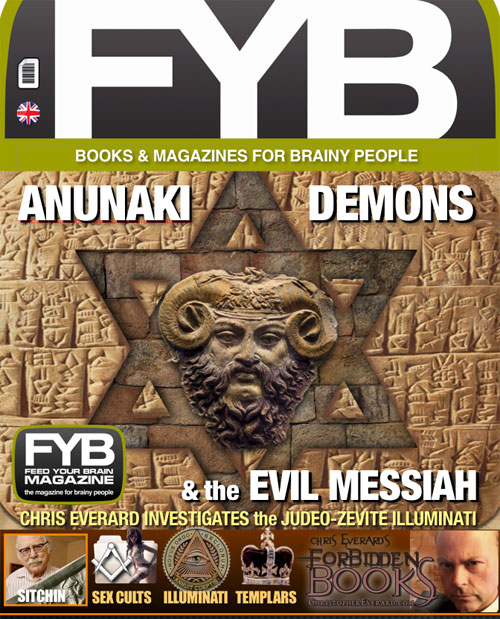 Message from the Author: “Every page of this 2019 edition of my digital book is fully illustrated and features old paintings and engravingswhich have never been seen in public before. No matter how many books you own about ‘Conspiracy Theories’, Anunaki Demons & the Evil Messiah uncovers jaw-dropping corroborated evidence that many secret societies, the Vatican and many governments are controlled by a tiny elite of Judeo-Babylonian aristocrats and politicians who secretly worship demons. This is not a ‘theory’, this is proven historical FACT – and it is proven within the pages of my book.” 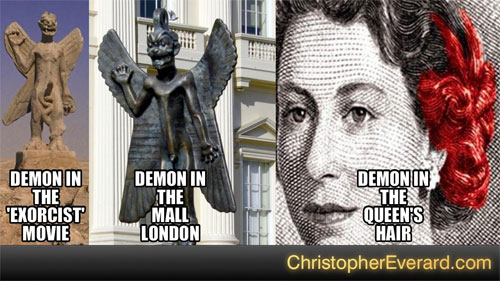