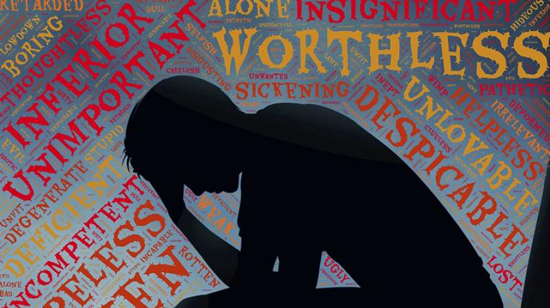 The subject of trapped emotions is one that many are unaware of, especially if they’re not familiar with energy and the energy body. A more common term for trapped emotions is “emotional baggage”. Although most people probably think that emotional baggage is just memories of emotionally traumatic life experiences, it is much more than that and has a slew of detrimental effects that most are unaware of.

Just about everyone has some emotional baggage from painful life experiences. But it’s not all in your head like most people assume. Our emotional baggage is very real, and unbeknownst to most of us, it is causing profound negative effects on the quality of our lives including our health, relationships, happiness, success, and much more – including whether we’ll be able to continue participating in the ongoing Ascension process!

Trapped negative emotions are one of the big hidden reasons why so many people are unwittingly manifesting needless adversity in their lives and sabotaging the manifestation of their true desires. And, as a quick aside, trapped emotions are just one of many reasons why many of us are sabotaging the manifestation of the success and abundance we all deserve.

Despite the adverse effects of the trapped emotions that virtually all of us hold, the good news is that our trapped emotions can be released and by doing so many undesirable manifestations will often disappear from our lives. And perhaps more importantly, by learning some new skills, adopting some new perspectives about the challenges and people in our lives, and changing ourselves (our state of being) we can avoid creating new trapped emotions, and their harmful effects, in the future.

The Detrimental Effects of Trapped Emotions

Trapped negative emotions are the root cause of, or a significant contributing factor in, almost everything that goes wrong with your physical body, including dysfunction, disease, and pain. They also contribute to creating dysfunction in your relationships, career, and in many other areas of your life.

And trapped negative emotions often contribute to maintaining the undesirable circumstances that spawned them in the first place. Worse yet, they can even attract (via the Law of Resonance) similar adversity in the future. Trapped emotions are a potent force that is ever-present and silently blocking you from manifesting health, happiness, and success.

And last but not least, if we don’t clear our trapped negative emotions we will not be able to continue to participate in the ongoing ascension that is taking place here on Earth. If you are unaware of this, there is something profound underway on our planet. The long heralded great spiritual transformation of humanity is underway.

One of the things that can hold us back from this process is our trapped negative emotions. They are literally like an anchor that will hold us down, not allowing us to ascend with everyone else if we don’t clear them from our bodies. As the frequency of everything rises, the detrimental effects of having trapped emotions will be amplified and those holding them will experience increasing health issues and adversity. So more than ever, it is extremely important to clear one’s emotional baggage.

What Are Trapped Emotions and How Do They Form 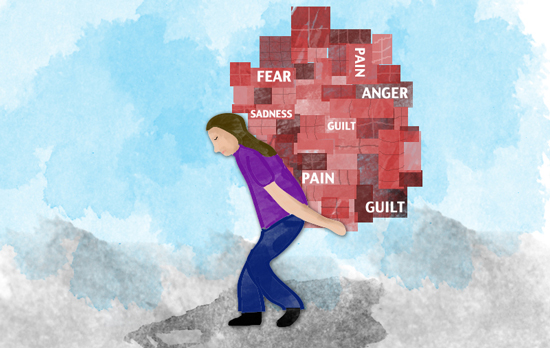 Emotional baggage isn’t just memories trapped in your head, it’s also negative energy that is trapped in various other parts of your body. Everything is energy – matter is energy, thoughts are energy, emotions are energy, and of course, your physical body is energy. Your body is a very complex set of energy patterns (energy of a very slow vibration that is visible and seems solid) and the energy of negative emotions interferes with the energy that composes your body and its functions. That’s why it causes pain, dysfunction, and disease. Besides the effects trapped negative emotions have on your health, they also are a potent force that, by the Law of Resonance, attract undesirable circumstances into your life.

Far too often, many of us suppress and hold on to the negative emotions associated with unpleasant life experiences – emotions like anger, resentment, frustration, fear, sorrow, grief, despair, shame, unworthiness and so many more. When we do this, we trap the negative energy of the emotions in the energy field of our bodies.

Why do we suppress the negative emotions that we feel from painful life experiences? We suppress them because we don’t like feeling that way and we just want it to stop, we just want to get rid of them. What we don’t realize is that by forcing ourselves to stop feeling the uncomfortable feelings we aren’t getting rid of them, we’re just hiding them from ourselves. The energy of unfelt (unreleased) emotions just stays in our body’s energy field, where they arose in the first place. This is why we say the emotion is trapped – we didn’t want to fully feel those feelings, and hence release them so they stay in the energy field of our body.

Your trapped emotions aren’t just isolated clumps of negative energy, they are associated with the memories of the experiences that “caused” them. Memories are energy patterns too, just like everything else.

Our memories of our traumatic experiences often have very strong negative emotional energy associated with them – that is, some memories are highly charged. And those charges stay there until you release them, but you don’t, because you don’t like thinking about that experience and feeling, or the way it makes you feel. Or if you do revisit those memories, and you feel the feelings, you hold onto the feelings because you want to – for instance, to remain angry and resentful about the perceived harm another “did” to you.

But ultimately, your perception of any event, and the emotions that you feel because of it, is your choice despite how it seems. The choice to play the victim arises from not wanting to take full responsibility for all your experiences and how you interpret them. More about this important topic later in this article.

The emotional charges associated with your memories can vary widely – from highly negative, to neutral or none, to highly positive. But of course, positively charged memories are not a problem, it’s the negatively charged ones that cause all the problems.

And it’s not the memories themselves that are the problem. You can’t avoid your experiences being recorded as memories. There’s nothing wrong with memories, they are just objective recordings of what happened. It’s your interpretation of those experiences that creates the emotional charge associated with the memories.

The reason you store the emotional charges with your memories is because during and after the experience that triggered them, while you are intellectually and emotionally processing the experience, you don’t fully express, and hence release, the emotions associated with the experience. They were uncomfortable, and you didn’t want to keep feeling them. You may have also judged the emotions you were having as being “wrong” or “bad” – believing that you are not supposed to feel that way (for instance, some believe it’s wrong to be angry) making you feel even more uncomfortable with having those emotions.

One of the keys to avoid trapping emotions is to understand that there’s nothing wrong with feeling any type of emotion, including uncomfortable ones. If we stop identifying with and judging our emotions and instead see them as natural and allow ourselves to feel them completely and let them flow out of us, and hence be released, we’ll be much better off.

How Trapped Emotions Affect What You Manifest 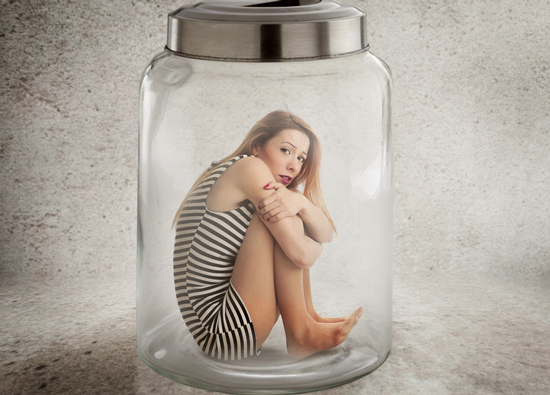 Anyone with just a superficial understanding of the Law of Resonance understands the importance of deliberately choosing your thoughts and keeping them positive and optimistic. But what about your subconscious thoughts? Your subconscious mind has a big effect on what you manifest in your life.

The detrimental effects of emotionally charged memories (trapped emotions) arise largely because they subconsciously affect how we think, feel, and behave and hence adversely affect what we experience and create. You may be trying your best to think positively at the conscious level, while subconsciously you are having lots of negative thoughts and feelings that are contradicting your conscious thoughts. The more trapped emotions you have, the more subconscious negative thoughts and feelings you have that are silently eroding or negating your conscious point of attraction, and blocking the manifestation of your true desires and attracting adversity.

Also, we sometimes revisit those emotionally charged memories on a more conscious level – often more frequently than we are aware of – just to wallow in anger, blame, self-pity, etc., or when we’re worrying that something similar might occur in the future.

When you revisit your emotionally charged memories it’s like you’re re-experiencing the event with all of its thoughts and feelings. Which is the perfect formula for manifesting more of the same. It’s like the practice of intentionally visualizing and imagining your desires to hasten their manifestation except in this case your just remember a past experience but the effect is the same – you are attracting it!

When you revisit your traumatic memories and re-experience the emotions, you are creating a very potent point of attraction which is increasing the chances of experiencing more of the same. And most of us are revisiting these traumatic memories and feelings far more often than we’re aware of. It’s kind of just a bad habit.

This is probably why the Buddha shared these words of wisdom with the world: “Do not dwell in the past, do not worry about the future, concentrate the mind on the present moment.”

Because completely passive external methods of releasing trapped emotions do not require you to identify or understand the trapped emotions and their genesis, they are quick and easy as compared to methods that lie on the active internal end of the scale. But their downside is you don’t learn anything that will help you avoid responding differently to situations in the future and hence avoid trapping more emotions.

In the following parts of this article we will explore some of the well-known methods of releasing trapped emotions. There are probably even more, with many variations. We will start with the methods that are passive external oriented and progress to ones that are active internal.

Heal peptic ulcer in 10 days with vitamin U