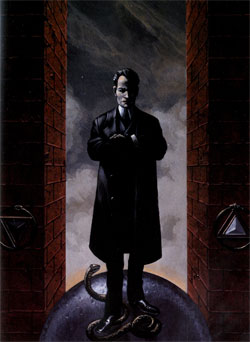 Gregorian Bivolaru’s trial at the High Court of Cassation and Justice was some sort of obvious bad taste judicial farce, for any correct observer. It represented a sum of very serious abuse that would’ve normally been impossible to do at the highest rank of justice in a just state. The whole layout of this trial shows that ever since the beginning, it was just a caricature and it failed to cover up the fact that it was heading towards a preset sentence from the very start. The aim was to sentence the leader of MISA, through a political order. The involvement of the Secret Service of Romania (SRI) was obvious, since during the trial, the prosecution warrants issued by the prosecutor’s office were stamped with the mention: “State secret. Poses a threat to national security”, and in the end we could see that everything was investigated in the direction of a simple common law infraction.

For a clearer perspective on the discreet unfolding of this process, we will briefly point out a few of the most severe forms of abuse conducted by the authorities. After the facts were meticulously analyzed for nearly eight years by two separate courts of law, in Sibiu and Alba-Iulia, Gregorian Bivolaru was acquitted on all charges brought upon him.
This judicial research that has been conducted up to that point also pointed out the fact that the prosecutor’s office from the Bucharest Appellate Court has committed a series of severe abuses and illegalities while investigating this file. For example, the so-called evidence were obtained and added to the file without the use of the adequate procedures; a part of the witnesses suggested by the prosecutor’s office were in fact threatened, blackmailed and forced to make false statements by the inquirers; the so-called aggrieved parties were practically hunted down, threatened, physically and morally forced to make false statements and speak of completely untrue situation, with the purpose of using them against Gregorian Bivolaru.

Also, the prosecutor’s office used (manipulated) witnesses who are in fact first degree relatives of the alleged aggrieved parties and who are directly interested financially in this cause; the so-called technical-scientific acknowledgement reports in psychology which were used as evidence were acquired illegally, without any direct interviewing of the subjects and without having them signed by a specialist. 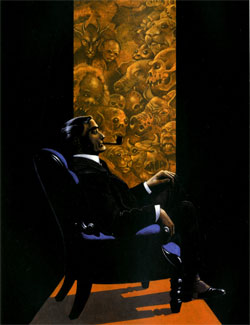 But the prosecutor’s office acted on the decisions of the two courts of law by making an appeal towards the High Court of Cassation and Justice where, the panel formed of Ionuţ Matei, Ioana Bogdan and Cristina Rotaru invalidated the two previous decisions from Sibiu and Alba-Iulia, giving the sarcastic motivation that in this way, they are only giving Gregorian Bivolaru the opportunity to “defend himself”. What was he supposed to defend from, since he was already acquitted twice?

The prosecutor’s office came to the High Court of Cassation and Justice with a new piece of “evidence”, which consisted of some recordings of some telephone conversations from 2002-2003, done by the SRI, but these telephone recordings were illegal. These were recorded before the beginning of the prosecution and they were referring to a warrant regarding national security, being considered a “state secret” by the prosecutor’s office. But we can see now that this “state secret” was applied to common law crimes! Moreover, the prosecutors couldn’t even prove that the persons talking on the phone in those recordings were in fact Gregorian Bivolaru and Dumitru Mădălina, because the respective phone numbers belonged to other persons. Not to mention the fact that this entire endeavor blatantly invades the elementary right to a private life.

It’s obvious that in this case, the prosecutor’s office acted like they used to back in the day, during the communist regime when those who were inconvenient to the system were “silenced”. Back then, those people used to be framed by the Securitate and common law files were open in their names. As a matter of fact, it has already been proved since 2011 by the Court of Bucharest that during the communist regime, Gregorian Bivolaru was politically persecuted and sentenced by the Ceaușescu regime to be imprisoned at the Poiana Mare prison-hospital.

Returning to the High Court of Cassation and Justice file, we remind you that the decision of cassation given by the judges was then contested by Mr. Bivolaru’s attorneys, but – surprise – the legality of this decision was assigned to be analyzed by the same judges who formulated it! While severely infringing the dispositions of the Code of penal procedures as well as the express European conditions regarding the right to a just and impartial trial, the three judges dismissed the incompatibility of this situation and – as expected – they re-validated their own previous decision, while rejecting the appeal of the defense. Moreover, the case was then assigned for re-trialing by the same panel who practically had already filed in this trial! 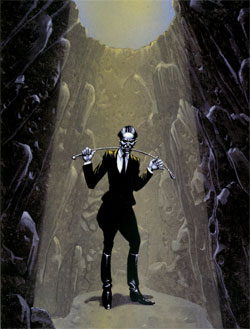 At the following hearings, the judicial masquerade continued. The prosecutor’s office witnesses were favored constantly, they were treated in a civilized manner, they were often influenced in giving exaggerated, false statements by the judges, statements which were clearly unfavorable to Gregorian Bivolaru. In return, the defense witnesses were systematically intimidated, harassed and directly or indirectly threatened to be accused of deceitful testimony. Furthermore, the judge Ionuț Matei, the president of the judge panel, always had a profoundly unprofessional contemptuous attitude towards Gregorian Bivolaru’s attorneys.

He often spoke in a harsh tone with them, interrupted their pleas, mocked them and drastically limited their possibility to address normal, pertinent questions to the witnesses. He rejected the majority of the essential questions as being insubstantial, questions who were aimed at proving that Gregorian Bivolaru was innocent. Also, the so-called evidence of the prosecutor’s office was continuously given to the media for broadcasting purposes, thus trying to raise hostility within the public opinion to mask the gross abuse that was done at that time. They insisted on spicy details which are very attractive for the public, thus placing the MISA/Bivolaru subject in the sensational news category, with subjects like “vibrators and anal balls were discovered on the premises”. In this case, for example, none of the above mentioned objects belonged to any of the people involved in the process and therefore, they weren’t relevant to the cause. But this was not important for the media.

Another severe abuse was the one related to the rogatory letters. In the first phases of the High Court of Cassation and Justice trial, the panel refused, for several weeks, to give a sentence regarding Gregorian Bivolaru’s request to be examined from Sweden through rogatory letters, for the reason that he failed to prove his status in Sweden. But this was an absurd and ridiculous reason, because the Romanian state was part of the process in which the decision to reject the request of extradition of Gregorian Bivolaru was made by the Supreme Court in Stockholm in 2005 and in which his status of political refugee was clearly proved. Eventually, the court admitted this request, after over six months since it was formulated, but the court rejected, with no legal reason or motivation, the requests of the defense attorneys to formulate questions for Gregorian Bivolaru, considering the fact that the judge’s questions were clearly aimed towards incriminating the defendant instead of finding the truth.

The abuses didn’t cease at this point. Eventually the three judges canceled the entire process of the rogatory letters saying that… it takes too long, even if for the last six months, they were the ones who postponed the decision regarding the rogatory letters. At the height of arrogance, Judge Ionuţ Matei also admonished the judicial authorities in Sweden. He stated, in public trial, that the slow pace of the formation of the rogatory letters reflected “superficiality and lack of seriousness” from them. 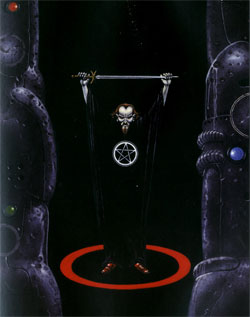 In the end of the trial, another form of heavy abuse took place. Judge Ionuţ Matei held a press conference right before the last hearing during which he induced, with he help of the media, a strong feeling of public hostility towards Gregorian Bivolaru, saying that he received a threatening letter which demanded him to give a more “lenient solution” to the trial. He gave no evidence that could prove that the one he was about to judge was in any way guilty of that threat, but we would be rather naive to believe that wasn’t aware of the result of his claims. For this reason, it’s much more likely that this is what he wanted from the very beginning.
Furthermore, by doing this, we might say that Ionuţ Matei practically gave his verdict earlier than he should have done, in a manner which is completely different from the standard procedure, prior to listening to the final pleas of the defense attorneys. Viewing these things with lucidity, we can easily understand that in reality, this judge actually laid out the ground for the public opinion, which is played off by the media, to perceive the injustice which was about to be done as completely legitimate.

We can easily see now that all these severe forms of abuse, persecution and illegality which were done by the Romanian authorities against Gregorian Bivolaru confirm the decision of the Supreme Court in Sweden, who decided, back in 2005, to reject the request to extradite the MISA mentor and to grant him political asylum. The Swedish court had declared that: “There is a risk that Gregorian Bivolaru will be subjected to a very severe form of persecution and that he won’t have a correct trial in Romania, due to his religious beliefs.” In 2005, this painful decision of the Swedish authorities seemed to generate the premises of a form of transformation.

Therefore, the Romanian prime minister at that time, Călin Popescu Tăriceanu publicly stated, regarding Gregorian Bivolaru political asylum that “This is the most significant proof that justice in Romania is malfunctioning.” Furthermore, Dan Lupaşcu, former president of the High Council of Magistracy said that “This ought to start all of us thinking.” It’s been eight years since these statements and we can see that they’ve been nothing but empty words and that in fact, the Swedish authorities were perfectly right in expressing their skepticism regarding the formation of a veritable system of justice in Romania.