To my teacher, with love…

Motto: “The soul uplifts to the height of what it admires.” 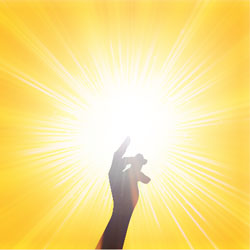 People have always needed role models. And the role models we choose influence our inner growth and even our lifeline in countless ways that are hard to decipher and understand. Paraphrasing a famous saying, we can say, “Tell me what role models you have chosen and I can tell you who and what you will become”. This is not an easy time to live in.

It is said that every age has the heroes it deserves – and it is quite obvious that we are currently lacking real heroes and viable role models. What role models should we choose among the anti-heroes of the contemporary age? Some VIP, some footballer, some model, some slick businessman, some corrupt politician, some confused artist? No, thank you.

For as long as anyone can remember, the students have taken (some of) their teachers as role models. Especially the students who love to learn, who are diligent and conscientious, but also the daring or extremely rare eminent students, have often looked up to some of their teachers with admiration and love, as true living examples, worthy of following in life, whom they would like to be like “when they grow up”. You will object that the teachers are just simple people too, and nowadays they have a lot of flaws themselves. You are right. Perhaps we need to look elsewhere.

The analogy of the spiritual path to a school has its limits, but the similarity exists: the yoga students tend to model themselves according to those who teach them yoga. Let’s look at one such yoga teacher – a remarkable yoga teacher, Gregorian (Grieg) Bivolaru. He is a man far ahead of our time, far above the most demanding standards we could set socially. We say this primarily because Grieg is a man who lives 100% according to the spiritual principles (which he affirms and teaches) and never backs down from them; he has absolutely never made the slightest compromise. You will surely admit that this is extremely rare and remarkable – especially given the corruption and perversion of the world we live in. 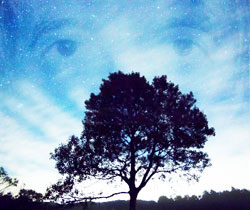 Grieg is a man who leads a simple, austere life and yet is clearly happy and content. He is one of the most modest and humble people I have ever met and yet he has never sat and stands in anyone’s shadow. He has one of the strongest and most impressive personalities I have ever met, yet he never overshadows those around him, but seeks to empower and enhance their value. He has a vast, encyclopedic, astonishing knowledge in so many areas, yet he still studies enormously in order to enrich his knowledge.

Grieg’s infinite patience, compassion and love for people is so striking that those who know him are irresistibly fascinated by the warmth of his presence. At times, you feel as if your soul melts in his presence and you have no worries, no problems, no annoyances. His bright and humorous intelligence make him one of the most pleasant of conversationalists; Grieg is a man you’d like to talk to about anything that interests you (and if you have the chance to have such a conversation with him you’ll immediately notice his lively curiosity and his inexhaustible capacity for wonder).

He has infinite patience with people. He has an infallible memory. He has an incredible capacity to work and seems to have enormous energy at his disposal at all times. Grieg is a man who works almost continuously to help others. He is totally unpredictable and often surprises us, but always this surprise is for the better: always, Grieg is, says and does more than we expect and is always in the position of the one who gives and offers. 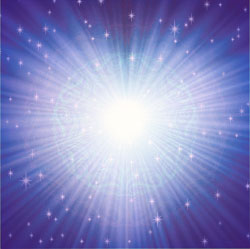 Although he has been wrongly imprisoned on several occasions (and is currently living in exile under fairly restrictive conditions to protect himself), Grieg is definitely an entirely free man. Although he has been persecuted, he has no resentment and not even a shred of hatred towards those who have wronged, tortured and hounded him. The total lack of hatred and resentment in his case is quite astonishing, especially given the situations he has faced. Grieg’s optimism is almost supernatural.

The defining element for such a man, who puts all his hopes in God and whose strength comes from faith in God, is the infallible and complete success in everything he does. Even if the situation seems adverse, even if there are some drastic restrictions (such as having to live in exile), this success cannot be denied.

Much more could be said about Grieg. The ideas I have outlined are only a starting point for a sketch of a portrait of a true yogi that every yoga practitioner can choose as a worthy role model. The bar is certainly very high, but he is a living example that deserves to be fully and permanently followed… 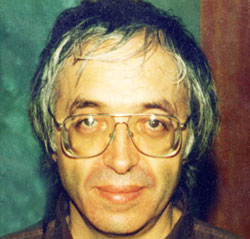 In this meditation, we should be able to put our own concerns, ideas, needs aside and focus on his being and the remarkable model he offers us. In this quite extraordinary meditation we have the opportunity to intuit, feel and be a part of his complex personality and inner life, which are totally and exemplarily given to God. Who, how, and what is our yoga teacher? We will have the opportunity to discover (or rediscover), at least in part, in the meditation that Grieg is offering on the occasion of his birthday, a meditation in which we are also invited to participate.

The Science To Prevent The Great Reset And Save Humanity

Testimony of a childhood friend of Grieg

Breaking the Covid Trance: How the (Irish) people were psychologically manipulated…