Within sexual continence, an absolutely necessary aspect, without which the two lovers cannot attain pure spirituality, is transfiguration.
Few are those with a correct attitude during lovemaking, who can see in the amorous act a possibility to go beyond the finitude of individuality, to experience elevated state of consciousness and even to discover a path to completion. Modern society promotes only an animal sexuality poor in love and sacredness.

Transfiguration means to see in the loved one a sublime manifestation of the Divine, to go beyond the limitations set by human personality, to embrace in the consciousness sphere all the perfect aspects manifested or yet unmanifested which lead love spontaneously to elevated, superior levels. Here is what Julius Evola says in connection about how sexuality is approached in present times:

“ If we are to see in sexual love an impulse genetically connected to animal nature, considering this, we have to draw the conclusion that man finds himself at a much inferior level than any other natural species, because man permits love , sex and woman to intoxicate and to dominate him in such a way not only the physical body, but also especially the domain of his highest faculties, that is to say to extend and to intensify area of coverage of such invasions way beyond of what is fitting to a banal instinct. If we follow however the metaphysical interpretation of sex, all those facts are expressed under another light and their valuation is totally different. The tyranny of love and of sex and the whole capacity of eros to overturn, weaken, or subordinate everything, instead of representing an extreme degrading and inextricable demon in human existence, becomes the sign of the incoercible impulse in man to pass at any price beyond the limits of the finite individual.”

An example of real transfiguration is offered by Victor Hugo in his poem with the same title (Man and Woman):

“Man is the most elevated of creatures, Woman the most sublime of ideals.

God made for man a throne; for woman an altar.

The throne exalts, the altar sanctifies. 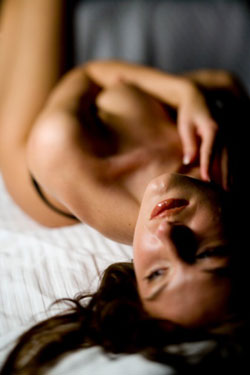 Man is the brain, Woman, the heart.


Because of reason Man is strong. Because of tears Woman is invincible.

Man is capable of all heroism, Woman of all martyrdom.

Supremacy is strength, preference is the right.

Man is a genius, Woman, an angel.

Genius is immeasurable, the angel indefinable.


The aspiration of man is supreme glory,


The aspiration of woman is extreme virtue.


Man is a code, Woman a gospel.

A code corrects; the gospel perfects.

To think is to have a worm in the brain,

to dream is to have a halo on the brow.

Man is an ocean, Woman a lake.

The ocean has the adorning pearl, the lake, dazzling poetry.


Man is the flying eagle, Woman, the singing nightingale.


Man is a temple, Woman a shrine.

Before the temple we discover ourselves, before the shrine we kneel.


In short, man is found where earth finishes, woman where heaven begins.”

The seven stages of the spiritual evolution

The Committee of the 300: revelations about the plotter’s hierarchy

Why Women In Their 20s Are Having Fewer Orgasms Than Ever