The Committee of the 300: revelations about the plotter’s hierarchy 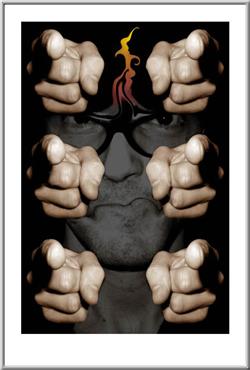 We often hear that “they” do this or do that. “They” seem literally speaking, capable to escape unpunished even from the most hideous crimes. “They” raise taxes, send our sons and daughters to die in wars which have no gains, seem intangible, invisible, and frustratingly unclear when measures are taken to address “them”. Nobody seems to be capable to clearly identify who “they” are.

Certainly an appreciable number of us are aware that the people who govern us are not necessarily the ones truly in command of the political and economic problems.

The fact that it is about a real open conspiracy against God and against man, that includes enslaving most human beings, remaining on this earth, after they were exterminated by wars, epidemics, and genocide, is not very well hidden. In the informative community it is taught that the easiest way to hide something is to put it in open sight.

The parallel secret government at the superior level does not act from damp cellars and secret underground rooms. These men act in the sight of everyone. They are the servants of the Unique Government of the World in the New World Order. Like the law breaker who stops his car to collect his victim from the edge of the highway, they don’t seem like monsters, though they are. The real monsters wear suits and are taken to work in limousines. They appear often on television in the most “innocent” aspects. But we have to be conscious that nothing that they do is innocent.

Who are the conspirators who serve the great and almighty Committee of the 300, and what is their final goal?

The best informed among our fellow citizens are aware that there is a conspiracy which works under different denominations, like Illuminati, Freemasonry, Round Table, Milner Group…

The problem is that the really important information about the treacherous activities of the members in the invisible government is very hard to find. What  the Committee makes to be occult are the incredible secrets which reign around them. Not one of the mass-media organs has ever mentioned this hierarchy of conspirators, thus, like it is to be expected, people doubt their existence.

The Committee of the 300 is the ONLY hierarchy of organized power in the world which transcends all government and individuals, however powerful and self-confident they might seem. This covers finances, defense department and political parties of all colors and orientations. There does not exist one entity which the Committee cannot trace and control, including the organized religions of the world. The British Crown is the control center.

Their final goal is that of fusing all countries into a New World Order without any God, only with a Unique Global Government, which will push the world back into harder conditions than in Middle Age.

A long time in the past, the Committee of the 300 decreed that there will be a smaller world – much smaller- and better, this meaning their idea of what should constitute a better world. The myriad of vain consumers who devour the natural impoverished resources must be decimated. Industrial development sustains demographic growing. In consequence, the order to grow and to multiply to rule the Earth, found in the Genesis, had to be disregarded.

This measure presumes an attack against Christians, the slowly, but sure, disintegration of the industrialized nation-states, the destruction of millions of people, named by the Committee of the 300 as the “demographic surplus” and the removal of any leader who dared to stand in the way of this global plan of the Committee to obtain the assumed objectives.

There are at least 40 “branch offices” known as belonging to the Committee of the 300. Once we will study this system, it will be easier for us to understand how they can act so successfully in one conspirator central body and why not one of the powers on this Earth cannot rejecting the attack against the most elementary basis of the civilized and progressive world, based on the freedom of individual.

Continue to read:
The established plans of the Committee of the 300 to conquer and subjugate the world