Another weird connection that has since emerged is from the Teenage Mutant Ninja Turtles.
The secret to the Mutants’ super-strength came from eating pizza, much like Popeye once acquired from spinach. 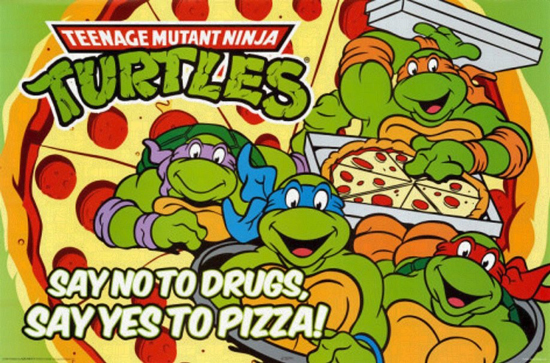 Sexual trauma can be used to create MK-ULTRA compartments in the mind. Pizza now appears to symbolize this trauma, in part.
Once the programming is introduced, it can be used to train assassins who develop unusually powerful abilities – just like the Mutants. 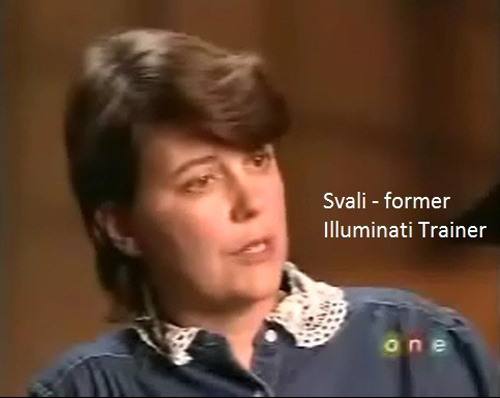 If you attempt to search for her on Google, the name “Svali” is automatically changed to things like “sivilli” or “civil” unless you manually force Google to use that exact term.

Just go to svalispeaks.com for a collection of the majority of everything she wrote. Still to this day, it is the most far-reaching expose on the Cabal we have ever seen. All of the things you are reading about here are discussed in thorough detail, though she never covers the use of food code words.

As Peter Pham noted for Foodbeast in 2014, many of these Mutant Ninja Turtle pizzas had highly bizarre ingredients that you would never expect in real food.
“One of the things that stuck was all the ridiculous pizzas Michelangelo and his brothers would order throughout the series.”

This video contains a montage of many of the strange pizzas that were made. Many of them include unusual sauces. These sauces include butterscotch, clam sauce, chocolate fudge sauce, whipped cream, hot fudge, yogurt and anchovy sauce. 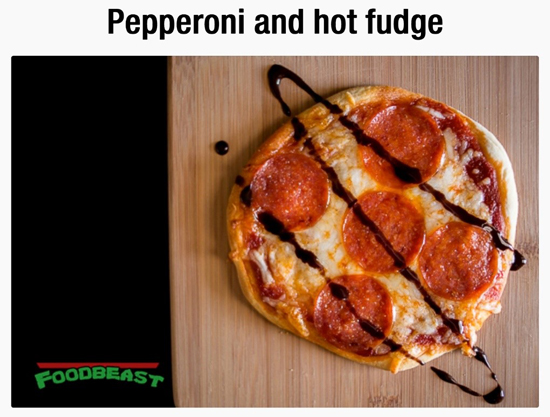 Sauce is one of the code-word references that appears in very strange ways throughout the Podesta emails.

Other sexual innuendoes hidden in the strange pizza toppings might include tuna fish, clams, pickles, pepperoni, jelly beans, salami, sausages and banana.
Peter Pham created real for “24 of the most disgusting pizza orders from the show” obviously having no idea of the code that has since been uncovered.

A video has surfaced of Mary-Kate and Ashley Olson, at about age 6 doing a rap music video entitled Gimme Pizza with three other girls of the same age.
Almost every single code word we mentioned in this article, as well as “chicken”, which we did not include, appears as toppings they say to put in the pizza.

At 1:17, one of the girls says “Whipped cream pouring like waterfalls” as she is discharging it out of a can.

A majority of these terms are either direct code words or could be seen to match the innuendoes we have already covered.
The comments on this video, now with over 4 million views, show that countless thousands of people are putting all of this together now.

An article from The Guardian in 2004 revealed that Podesta installed a lockable underground vault in his house to watch “awkward videos”:

“The Podestas are known for purchasing ‘awkward’ works, such as video installations, that many other private collectors will not consider.
‘It’s easy to store them, but difficult to display them’, says Podesta.
To get round the problem, he and his wife have excavated a huge subterranean vault beneath their house outside Washington.
It is a white space 5m square and 4m high in which it will be possible to show ‘very complicated video piece’ on all four walls.”

In a WikiLeaks email from January 31, 2014, entitled Last night was fun, Tony Podesta wrote to his brother John: “Still in torture chamber. Another question. Do you two wanna have feb 14 valentine’s day dinner?”
Dinner, of course, has a whole new connotation in light of the code words we have now discovered.

Lying through their teeth

As David Wilcock has been saying for years now, in dealing with the darkness that exists in the Cabal, “If you throw up, you will feel better.”
We were never sure exactly how the Cabal would break down. The absurdly negative details of Pizzagate have finally activated the full fury of the public.

As Pizzagate went into overdrive, the BBC joined NPR, the New York Times and other mainstream media outlets in blatantly ignoring the voluminous evidence that exists – and lying through their teeth.

Alefantis is being interviewed as the sorry victim of a vast “internet hoax” of “fake news” with “no evidence”. 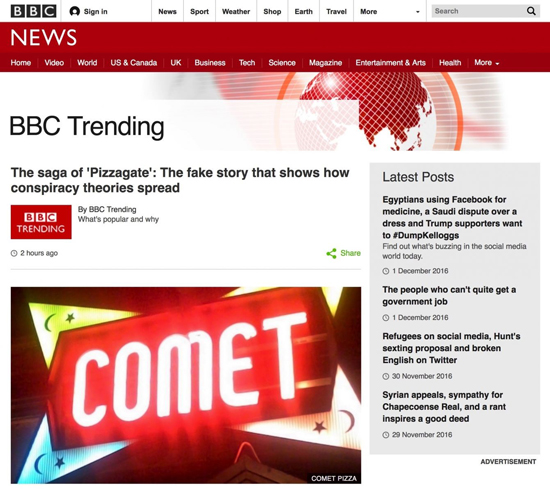 This was the BBC article that lived on the top of Digg.com for all of December 1, 2016:
“No victim has come forward. There’s no investigation. And physical evidence? That doesn’t exist either.
But thousands of people are convinced that a paedophilia ring involving people at the highest levels of the Democratic Party is operating out of a Washington pizza restaurant.”

Coming face-to-face with this truth is very upsetting, and may require significant time for you to integrate and process.
David Wilcock wrote extensively about Cabal paedophilia in Section Three of Financial Tyranny, on January 13, 2012. This included an expose of the North-American Man-Boy Love Association, or NAMBLA. David was specifically asked to release this data by the Alliance, despite his own personal reservations.

There is far more than enough evidence for Pizzagate to lead to arrests and criminal prosecutions already.

This is going to happen soon, so please don’t take the law into your own hands, as was done on December 5, 2016 when a man brandished a rifle inside Comet Pizza.
As commenters have noted, he was an out-of-work actor with an Internet Movie Database (IMDB) page, suggesting he may have been paid or influenced to do it.

The Cabal will do just about anything to suppress the exposure of paedophilia and child trafficking at the highest levels of Western society.

David Wilcock was briefed on the Alliance that is working to defeat the New World Order / Cabal or so-called “Illuminati” in 2009 by the high-ranking insider Pete Peterson.
Corey Goode had anonymously mentioned the Alliance in discussion forums for years, and publicly joined forces with David early in 2015.

The evidence in favour of the Alliance’s existence is ever-increasingly obvious. WikiLeaks is a major example.

The Inquisitr website was one of many sites to report on the latest astonishing, public revealing of the Alliance – which occurred just before the 2016 presidential election. They reported on how Dr. Steve Pieczenik arrived on the scene, giving an official face and voice to the Alliance David Wilcock and his team have been disclosing for years. 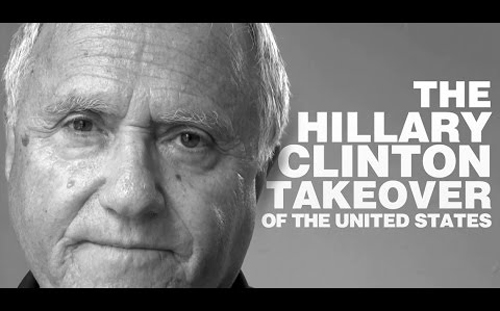 Dr. Pieczenik on the alliance

Here is an excerpt from the November 2, 2016 article in the Inquisitr on this astonishing breakthrough:

“Dr. Steve Pieczenik has made a series of serious accusations on YouTube that, if proven true, will easily be the most important ever made in American history…
[Pieczenik is] a Harvard Ph.D. and was Deputy Assistant Secretary of State under Henry Kissinger, Cyrus Vance and James Baker….
He also served the presidential administrations of Gerald Ford, Jimmy Carter, Ronald Reagan and George H.W. Bush.

[He] has been called ‘one of the most brilliantly competent men in the field of terrorism’ by Pulitzer Prize-winning journalist Mary McGrory.
Tom Clancy has literally based books on this guy’s experience…

In the first video he released yesterday, Dr. Pieczenik announces that he [represents] a broad coalition of many individuals in the FBI, the CIA, military intelligence, and men and women in 15 other intelligence organizations.

[They] are engaging in a bloodless counter-coup against the ‘soft coup’ that he says the Clintons, the current administration and many other top government officials have enacted [through overtaking the judiciary and many other American institutions]…

He also said he and his friends are the source of the leaked emails that WikiLeaks has been releasing, which would corroborate what award-winning human rights activist Craig Murray said after his friendly visit with Julian Assange two weeks ago.

‘I can tell you with 100% certainty that it is not any Russian state actor or proxy that gave the Democratic National Committee and Podesta material to WikiLeaks.’

And in his second video, Pieczenik delivered a shocking message: according to him, Hillary Clinton is about to be charged not only with obstruction of justice, but also with sex with minors.

According to Dr. Steve Pieczenik, both Hillary Clinton and her husband have sex with underage children, and he says they have proof.”

Here is an excerpt from the transcript of Dr. Pieczenik’s own words. This is tantamount to the largest public revealing of the Alliance yet:

“The Clintons have been involved in co-opting our White House, our judiciary, our CIA, our FBI, our Attorney General, Loretta Lynch, and our Director of the FBI, James Comey for some time now….
However, in order to stop this coup we in the intelligence community and others involved have informally gotten together.
With their permission, I am beginning to announce that we’ve initiated a counter-coup through Julian Assange and WikiLeaks.
I am just a small part of something far bigger than myself.
It was the brave men and women who were in the FBI, CIA, the Director of Intelligence, the military intelligence, and the men and women in fifteen other intelligence organizations who were sick and tired of seeing this corruption in the White House, justice department, and the intelligence system.
We decided there was something we had to do in order to save the republic.”

A much greater conflict

It is deeply gratifying for the Alliance to have finally produced a spokesman who served in multiple US administrations.
We are still only seeing the very beginning of a full disclosure process. Ultimately we will discover the truth of a cosmic battle for the survival of the human race on Earth.

The Cabal that is now openly branding their opposition “Fake News” has been suppressing the truth of UFOs for well over 80 years.

Any type of formal disclosure, such as of super-advanced ancient ruins in Antarctica, would be a massive game-changer that could create enormous distraction.

It does appear that the Cabal has been holding onto this “card” all along, and may be about to play it.


Read the ninth part of the article