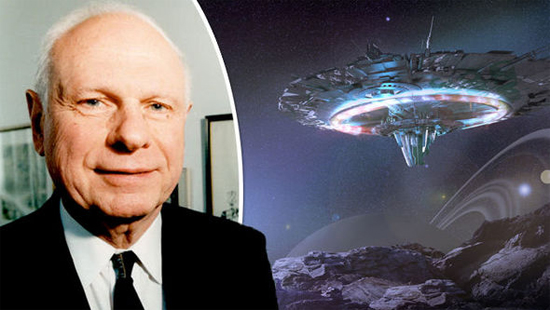 The former Minister of Defense for Canada, Paul Hellyer, has often said that extraterrestrial beings have contacted various people on the Earth, warning them about the consequences of the humanity’s actions for the future of planet’s environment. Moscow-based Sputnik news agency relates a more specific claim that was made by Mr. Hellyer when recently interviewed on the Lazarus Effect podcast.

Mr. Hellyer said: “…At least a decade ago the United States, in cooperation with the visitors from other planets, have developed [an] exotic form of energy that would allow us to change over… to green energy. But nothing has been done about it. And you got a small cabal… that managed to keep this technology under wraps until they can cash in… [their] oil assets.” In other words, a small group of people have withheld crucial green technologies in order to maximize their profits from their fossil fuel assets – oil, petroleum, and natural gas.

Mr. Hellyer says that this suppressed new technology was created ten years ago through a collaboration between the United States and extraterrestrials. Hellyer reveals that a “small cabal” is literally running our world the way they want. This cabal of “elite” humans is also known as the Illuminati. Mr. Hellyer believes that people can and should resist this group, by joining together to bring the dark actions of this Illuminati cabal into the public consciousness. “It’s not going to change until literally hundreds of thousands of people… band together and say ‘You’ve got to come clean… change your priorities to save the world for further generations’.” said Hellyer.

It turns out that climate change could have been averted long ago and fossil fuels are already history.