‘Existential Crisis’ in Europe to Result in ‘Other Countries Leaving EU’ 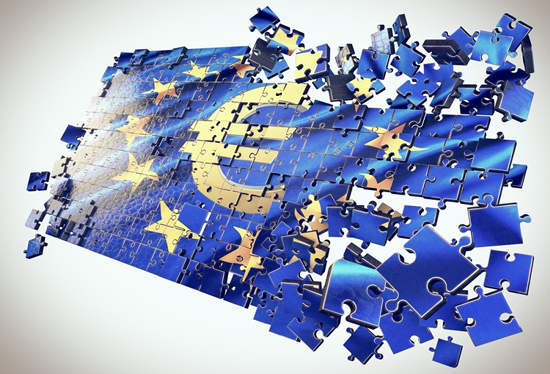 In January, the International Monetary Fund has raised its economic growth forecast for the United Kingdom for 2017. The organization expects the British economy to grow by 1.5 percent this year which is 0.4 percent higher than its previous forecast in October 2016. Radio Sputnik spoke with Kevin Dowd, professor of finance and economics at Durham University.

“There are a lot of bad things going on. There is a lot of low pay, zero contract hours, poor conditions and so on. The phrase that comes to mind is the kind of modern de-Keynesian sort of environment. For example if you look at the scandal over Sports Direct you see that a lot of bad stuff is going on,” Dowd said.

He further said that the reports that suggest that Britain was one of the worst advanced economies in terms of living standards, employment opportunities and social inclusion is a “total scandal”.

Talking about Brexit, Dowd said that it will be eventually good for the economy, but these are still early days of it, so the effects are only starting to come through and that Britain was only marginally affected by the migrant crisis.

However, the prognosis of Britain’s economy comes on the heels of a World Economic Forum. According to the agency’s inclusive development index, the United Kingdom was only ranked 21st out of those thirty economies.

Talking about the forum, the expert said that “The establishment has been wrong across the board. The Davos people have been wrong repeatedly. The Project Fear people have been telling us that Brexit would be bad for the economy that includes the IMF, the Bank of England, the treasury, the economics profession etc. They are now starting to wake up, realizing that Brexit will actually be good for the economy and even Mark Carney has done a complete U-turn on this,” Dowd said.

Mark Carney who was accused of taking part in the Project Fear campaign against Brexit admitted that the economy has done far better than expected following the referendum in June 2016.
He put the strength of the UK down to British consumers – adding that the “flexibility and dynamism” of the economy stood the country in good stead for the future as “new opportunities with the rest of the world open up”.

“At present, households appear to be entirely looking through Brexit-related uncertainties” he said in a speech at the London School of Economics.
Looking at the regional European economies and how they develop in 2017, Dowd said that there are a lot of “storm clouds over Europe these days”.

“EU is clearly falling apart. It’s going through a major existential crisis and it’s very clear now that other countries will leave and you will see the anti-EU groups taking power and it’s very clear as we see a massive banking crisis brewing,” Dowd said.

He added that the situation in Southern Europe is in depression already. Youth unemployment is at 50% and things aren’t looking good for these countries.

The expert also spoke about the trade deal between the US and the UK and how the new US administration will affect the bilateral relations of the two countries.