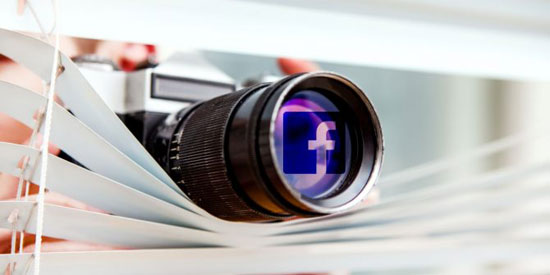 As if Facebook didn’t already collect enough information on its users, the company admitted in April it accidentally retained videos that had been deleted by its users, claiming that a glitch was responsible for storing the clips, according to New York.

The company apologized for the issue, and promised it would permanently delete all of the videos that were recorded by users, but never shared.

Users that have requested their data from Facebook have discovered that the company stored texts, messages, phone logs and other personal data for years.

If you granted permission to read contacts during Facebook’s installation on Android a few versions ago, specifically before Android 4.1, that permission also granted Facebook access to call and message logs by default.

The permission structure was changed in the Android API in version 16. But Android applications could bypass this change if they were written to earlier versions of the API, so Facebook API could continue to gain access to call and SMS data by specifying an earlier Android SDK version.

“Google deprecated version 4.0 of the Android API in October 2017, the point at which the latest call metadata in Facebook users’ data was found. Apple iOS has never allowed silent access to call data.ˮ Ars Technica

Select All broke the story about Facebook keeping the deleted videos.
In a statement to Select All, Facebook said it investigated the report and discovered a bug that the company failed to delete.

“We investigated a report that some people were seeing their old draft videos when they accessed their information from our Download Your Information tool. We discovered a bug that prevented draft videos from being deleted. We are deleting them and apologize for the inconvenience. We appreciate New York Magazine for bringing the issue to our attention.ˮ

Many users who accessed the Download Your Information tool found the videos, accompanied by hundreds of megabytes of other embarrassing data, much to their chagrin.

Of course we should take Facebook at its word that this was an honest mistake and that Zuckerberg himself will see to it that the offended videos are immediately deleted, and permanently this time.

But it’s more likely that these data were just caught up in the net as Facebook tried to collect as much personal information from its users as possible.