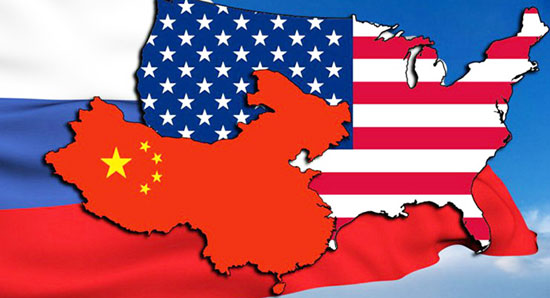 The Positive Military from the USA, Russia and China will be the surface behind the scenes group providing technology, transport and logistics at ‘The Event’. Some members of Chinese and Russian military forces are part of the Eastern Alliance and work under indirect guidance of the Resistance Movement to liberate this planet.

The Positive Military played a major role in the removal of the Muslim Brotherhood from Egypt. To this end they have had tactical support from the Resistance Movement, Positive Templars and the White Dragon Society. The historical move of the Positive Military in Egypt on July 3rd, 2013 was a big victory of the Light.

On August 16th, 2013 it was learned that the Light forces are creating positive networks in military forces worldwide, preparing for the Event:

This is the most powerful positive group on the surface of the planet. They have developed the Plan for planetary liberation with unseen assistance from the Resistance Movement. Around three quarters of the military agrees with this plan and this is sufficient critical mass for this plan to become reality.

Most of this group is not aware of the “unseen friendly hand” of the Resistance. Some of those in high positions are well aware of their Resistance contact but will not admit it as it is still classified information.

The main motivation of the Positive Military is to restore sovereignty and freedom to the human population on Gaia.

This excerpt is taken from the website page Victory Now where most of the main lightworker groups are introduced.

The Resistance Movement will have its own role in the Event and this is known under the codename Operation Omega Phoenix. This operation has two parts.

At the time of the Event, a certain number of Resistance operatives will emerge from their subterranean bases to the surface. They will be wearing plain civilian clothes and not military uniforms. They will closely monitor the mass arrest process and will help the Positive Military and civil authority in the arrests themselves when necessary. Members of the Cabal that will be arrested by the Resistance operatives will be taken to undisclosed locations and later released into the hands of Positive Military / civil authority.

The only exception for this are a few members of the Cabal that have committed crimes beyond this planet in their past and must appear before the Galactic Court.

Most of those will be later returned to Earth for humanity to determine their destiny, but a fraction of them will be taken to Galactic Central Sun immediately.

Top people inside the Positive Military have been notified about Operation Omega Phoenix and they fully agree with it.