Fascinating Intention Is Found in Our World’s Ancient Architecture

From the ancient cities in Sri Lanka to the Great Pyramid of Giza, sacred spaces have summoned millions worldwide, to physically bear witness to these wondrous sites. Even with the internet, with all the photographs and HD videos imaginable, we are still willing to travel great distances (overlooking admission prices, crying babies, and pressing crowds) just to be physically present in these places.

Aside from taking amazing mountain top selfies and cool album covers, what is this magic we continually seek? Is it ancestral wisdom or the experience of the unknown? Or are we perhaps looking for a deeper connection to consciousness?

There is something to be said about architecture that stands the test of time, built with limited resources and unearthly calculated clarity. Let’s take a glance at some of the intentional ingredients that went into the creation of these prized and precious landmarks. 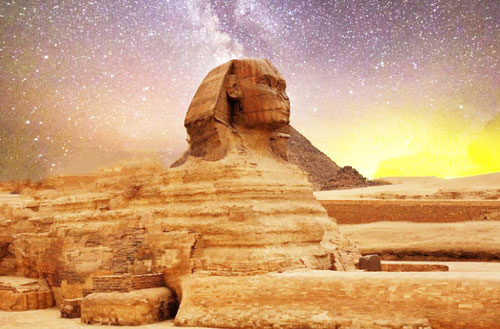 Incredibly, all traditional civilizations used geometric ratios and proportions in the design of ancient sacred sites all over the world. Whether it’s the use Pi demonstrated in the Great Pyramid (read The Fascinating Link Between The Pyramids and Other Worldly Visitors to learn more) or the “golden ratio” reflected in the construction of Athen’s Acropolis temple, it is evident that geometric proportions represent an ancient hidden language in design.

“Architecture is frozen music”, noted Johann Wolfgang von Goethe in 1829.
There is no doubt that the ancient architects from the past had a deep knowledge of the harmonic overtone series; also connected to the Fibonacci sequence and Golden ratio.

In his book Healing Sounds, Jonathan Goldman writes: “While not all the forms found in geometry and nature are harmonic in their relationship, those we find most beautiful do indeed adhere to the harmonic series. In particular, forms that express ratios based upon the octave (2:1), fourths (4:3), fifths (3:2) and thirds (5:4) create forms that are extremely visually harmonious. Thus, the most beautiful of the temples found in Athens, Rome and Egypt are all based upon these proportions.” 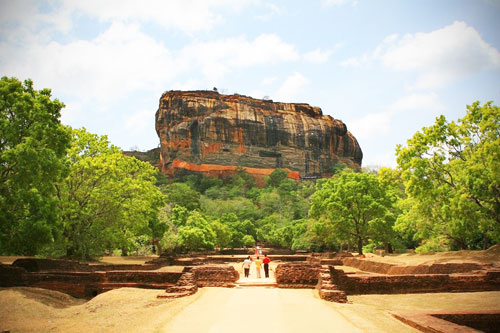 Sri Lanka’s Sigiriya, or Lion’s Rock, may be one of the best preserved examples of ancient ingenuity and sustainability in agriculture. Its still-working sophisticated hydraulics watering system flowing through an underground conduit served as a channel for fresh drinking water and air cooling. This architectural matrix was built from limestone more than 1,500 years ago, and still provides water to these “terraces in the sky” – some of the oldest surviving landscaped gardens in Asia.

What can we learn as we continue to zoom in on these underlying threads of conscious effort in ancient architecture?

Just as the geometric Great Pyramid of Giza served as a gateway into the explorative knowledge of the stars, we can continue to learn from the presence of these ancient spaces all over the world. As displayed in Leonardo Da Vinci’s “Vitruvian Man” (the golden ratio articulated in the human form), could it be that our very own collective DNA fuels our desire to visit these places?