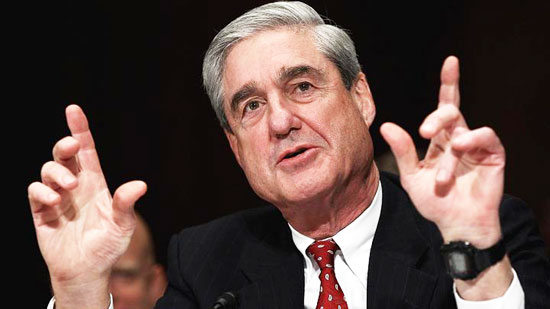 During special counsel Robert Mueller’s time as director of the FBI from 2001 to 2013, he actively sought to cover up disturbing links between a Saudi family in Florida and the Sept. 11 terror attacks, according to bombshell FBI files that throw grave doubt on the character of the man investigating President Trump and his campaign.

According to a report filed by the Sarasota Herald-Tribune last year (2017), when the terrorists who carried out the devastating attack that left 2,977 Americans dead first arrived in America, they relied on a network of associates across the country to “get apartments, open bank accounts and connect with local mosques”.

They essentially used family and friends to get settled in and begin making preparations for their planned attack. This brings us to a mysterious Saudi Arabian family “who were living in Sarasota County (Florida) shortly before the 9/11 attacks” but disappeared shortly thereafter.
“Alerted by neighbors’ suspicions about a lack of activity and three vehicles apparently abandoned in the driveway and garage, FBI agents converged on 4224 Escondito Circle within weeks of the 9/11 attacks” and found “mail on the table, dirty diapers in the bedroom, made beds, a refrigerator full of food, and closets with entire wardrobes intact”, according to the Herald-Tribune.

Conservative Tribune reports: “It was as if they had chosen to leave at a moment’s notice. As a result, many suspected the family had held ties of some sort to the Sept. 11 attacks.”

Now fast-forward to 2011, when Florida Bulldog first unveiled these extraordinary facts in an exclusive report that quickly went viral across the US nation, attracting attention from the Miami Herald and other notable papers.

In response, FBI officials “immediately repudiated the story, asserting that it had thoroughly investigated the Sarasota family and could find no links with the hijackers”, according to the Herald-Tribune.

Now fast forward another year to 2012, when the Florida Bulldog watchdog organization filed a Freedom of Information Act suit against the FBI, demanding it release its records on the Saudi family.
When the watchdog group finally obtained the records a year later, it noticed a bombshell sentence within them: “Further investigation of the (name deleted) family revealed many connections between the (name deleted) and individuals associated with the terror attacks on 9/11/2001.”

What wasn’t redacted was the address, 4224 Escondito Circle – the same one as the aforementioned Saudi family. This stunning piece of evidence proved that the FBI had known from day one that the Saudi family did in fact have verified links to the Sept. 11 attacks and had therefore lied in 2011.

Moreover, according to additional FBI records reviewed in January (2018) by Florida Bulldog, it appears it was Mueller who ordered the agency to lie.
“Mueller… is referenced in a document index created in late November by the FBI at the direction of U.S. District Judge William J. Zloch of Fort Lauderdale,” the watchdog group reported.
“The index reference to former FBI Director Mueller is contained in an item about a FBI white paper that was written one week after the Bulldog and the Miami Herald simultaneously published the Bulldog’s story about the abrupt departure of Saudis Abdulaziz and Anoud al-Hijji from their Sarasota area home about two weeks before 9/11”.

Here’s the kicker: the white paper “was created to brief the FBI Director concerning the FBI’s investigation of 4224 Escondito Circle”, as quoted directly from the index.
Florida Bulldog further notes that the white paper was created on the exact same day that the FBI issued its lies to the media denying the existence of evidence proving the family had ties to the Sept. 11 attacks.

What does all this mean? Well, assuming the picture painted by the clear-cut evidence is accurate, the man investigating President Donald Trump for collusion/obstruction/whatever is a complete liar, point blank, period.

Putin Warns That Attacking Russia Will Mean Catastrophe For Mankind