Note: Although this article is American, the topic is very relevant to the World and can be easily adapted for your country’s policies, procedures and fighting back.

In a public meeting at Federal Communications Commission (FCC) headquarters on July 14, 2016, the agency which once served the American people instead acted like tyrannical thugs, in an escalating series of remarkable events.

First, they prevented wireless science advocates from displaying a simple sign, violating their First Amendment rights in a public venue. Then, a security guard forcefully prevented a t-shirt from being taken out of a bag, by a former Congressional candidate with opposing views. Next, a Bloomberg reporter had his credentials confiscated — almost unbelievably — for talking with the former Congressional candidate.

Following these incidents, the reporter, Todd Shields, was visibly irate with FCC Commissioner Tom Wheeler — who also happens to be the former president of CTIA, the wireless industry’s lobbying organization.

“Moments ago I was attempting to talk to some people who came to attend the meeting and have concerns about radiation and 5G. And your security force intervened — told the guy he couldn’t show me the t-shirt he wished to display at the meeting, forced him to put it away, and confiscated my FCC-issued ID. Is this consonant with the discussion that ought to be taking place here, and what’s your reaction to this action by your staff?” Todd Shields, Bloomberg reporter, told to FCC Chair Wheeler.

And in the Q&A that followed, the former Congressional candidate Kevin Mottus successfully added another dose of truth to the narrative.

After about 20 seconds of yielding the floor to Mottus, Wheeler interrupted, dodged this very appropriate question, and diverted to an FCC-compliant journalist.

There have been thousands of published peer-reviewed studies that indicate the proliferation of microwave (wireless) technologies is not safe to biological life. Why is the FCC resorting to Gestapo-like tactics of censorship and intimidation?

The issue here is that the Federal Communications Commission just rubber-stamped their rollout of 5G cellular technology which, while increasing throughput, would blanket the planet with ultra-high microwave frequencies — 24 Ghz and up. The fact that these frequencies have never been tested as safe is not stopping corporate-government plans for an unleashing of “massive infrastructure.”

There’s a lot of money in a wireless economy and the data-harvesting that comes with it. So, Big Industry has bought the science, bought lawmakers, ruled the proliferation of microwaves as “safe” and infiltrated the FCC along with most international health agencies.

And in the face of this willful, for-profit negligence, instead of employing conscience and responsibility, it appears they are now operating from within governing agencies to silence opposition.

Here are some snippets from FCC Chair Wheeler at his June 20, 2016 press conference:

“5G will use much higher frequency bands [24 to 100+ GHz]… antennas that can aim and amplify signals… massive deployment of small cells… tens of billions of dollars in economic activity… hundreds of billions of microchips… if something can be connected, it will be connected… unlike other countries… we won’t wait for the standards…”

Paraphrased: “We can’t let life get in the way of profit. We want to make billions from all of you, and control everything. And in doing so, we’re not only going to willfully ignore science, we’re going to remove the idea of standards and initiate a free-for-all.”

If Unchecked, What Could This Lead To?

The implications of all of this are very far-reaching. How far? Well, to find out, let’s start with what we know.

It’s pretty clear at this point that we have a government that has been taken over by corporate interests. In order to increase their power and control even more, they plan to exponentially ramp-up the deployment of technology everywhere, which a vast body of science clearly says is harmful.

If unchecked, this will almost certainly lead to an increase in cancer and other ailments associated with exposure to electromagnetic radiation. Haven’t we had enough of for-profit agendas putting profits before health?

From a surveillance standpoint, we already know there is a sinister spying agenda operating behind the scenes. The rollout of 5G technology — especially in the standardless, profit-centered way Wheeler describes — would indeed open up a considerable new threat to basic rights. 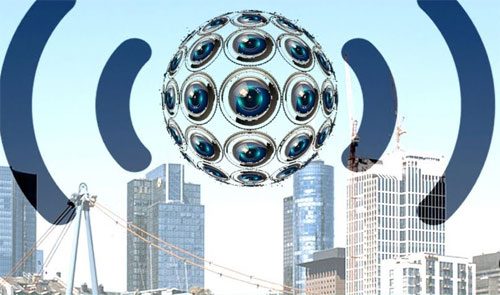 If everything is connected, you can bet that as many details as possible about our actions will be tracked and stored somewhere — like the $2B NSA facility in Blufdale, Utah. And there is extraordinary market value in this. A director at NARUC stated that the value of data harvested just by “smart” utility meters alone will likely be worth a lot more than electricity itself, which is a $2.2 trillion market globally.

But besides being creepy and making the 1% even richer, there are clear warning signs that a control-oriented governing system could easily take an indexed catalog of all of your actions and use it against us in a multitude of ways.

For example, increasingly instrusive “pre-crime” operations are already planned in Miami. And insurance providers are checking their customers’ Facebook data to influence premiums and even coverage availability. So it’s really not unreasonable to see how a governing body concerned primarily with staying in power could restrict rights or remove “privileges” for behavior that is deemed to be not aligned with national interests.

So, tracking is not fine, unless we are absolutely convinced that the governing body of that system truly respects individual rights and has the best interests of the people in mind. And right now, we are not even close to having such leadership in our governments.

Wheeler’s vision of 5G would significantly enable those who are motivated by power and money to use technology to rule over everyone else. In order to protect our lives and future, we must not allow that to happen.

While we would all like to have fast internet, it is necessary for us to now look closely at the downside of this technology, and take constructive action. This can understandably be difficult, due to the considerable attachment that we have to both our devices and the sense of immediate gratification that using them offers.

How We Will Save Our World: Individual Responsibility, Accountability & Liability

Dafna Tachover, a New York-based attorney, is among millions now who have directly experienced microwave radiation harm after becoming sensitized to it. Tachover says that the only way forward is individual accountability and liability.

“Until there’s personal accountability and liability, this systematic problem that repeats itself will happen again, and again, and again, and it has been. So, we learned that the tobacco industry was lying to the public, bluntly — to the public, to the government, to health organizations — without any hesitation… Was anyone sued? No. Was anyone found personally accountable? No. So that’s actually what enables this kind of behavior to happen again and again.”

“This is the action necessary for us to take: make it clear to those government people — or you know, if we talk about wi-fi in schools, the school principals, who do have personal responsibility and liability to protect children’s health — to make sure they know they will be found personally liable for the harms they cause. They have a position of trust, and they betrayed that trust. And they should be found liable. It should be civil liability and criminal liability.”

Former Congressional candidate Kevin Mottus spoke about the urgency of the situation.

“My background is as a medical social worker. And when I was in the hospitals I saw young salesman and lawyers coming in with brain tumors, and healthy otherwise, other than the tumor — and doctors asking them about their cell phone use. So I was clued in very early with these heavy users and the tumors it was causing.”

“Schools are now our most dangerous places to be. You have 20-40 wireless transmitters in their iPads and wireless laptops, and then you have 2-3 commercial-grade wireless routers…. So you have, really, the setting of the most significant exposure in our country, and the most vulnerable population being exposed are small children — which we know are 3 to 4 times as sensitive to all environmental hazards.”

“I spoke to Congressman Grayson from Florida, and while I was talking with him, one of his staffers, Joe, came up to me. And he said, ‘What are you talking about?’ I said, ‘I’m talking about wireless cell phones causing brain tumors.’ He said, ‘That’s interesting, because I had a brain aneurysm and I’m lucky to be alive. It’s also interesting because my buddy just died from a brain tumor’.”

“So, people are definitely getting sick. And you need to ask them, ‘Does your face tingle when you use your cell phone?… Do you have difficulty sleeping? Have you ever gotten nauseous using the phone? Do you feel funny when you’re around wi-fi, or getting close to it?’ And you’ll be surprised — people are getting sick.”

“We need to stop this before they [FCC] auction the [ultra-high frequency] spectrum.”

What Can I Do To Stop This Crazy Plan? 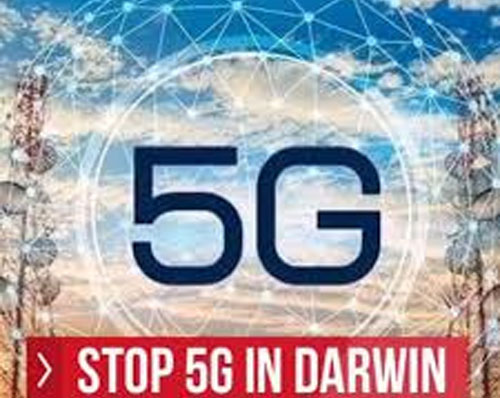 Our friends at parentsforsafetechnology.org have put together an action page for writing, calling, and emailing Congress, the FCC, and others. Use this platform and templates to let them know firmly that you:
1. Accept their oath of office to defend the Constitution, and all of your rights.
2. Will hold them responsible, liable, and accountable if they do not stop harmful 5G technology in its tracks.
3. Demand the 1996 Telecommunications Act be immediately repealed. (This industry-penned law took away local rights to refuse cell tower installations on health or environmental grounds.)
4. Demand that the responsibility of electromagnetic frequency (EMF) safety standards be transferred to an independent, science-based panel that represents the people. (The FCC has NO ONE who is qualified to protect the health of the people, because it was never part of their mandate.)

This is the “first warning.” While all know that more than letters to our reps will be needed to right the ship, this is where it starts. So do this first.


Second: Go to your reps

Mottus is calling on everyone to go speak with your government reps — and to go in person if at all possible.

“You know where the Congressmen are. You know where all of the committees are. Go. Educate them. Go like the wireless industry goes, time after time, to the FCC.”

It is also very important to contact your local governments, to let them know that they, too, will be held individually accountable and liable. In Wheeler’s June 20 talk, he very clearly identified the role that local governments will play, if their plan of 5G is to be “successful” or not.


Third: Accept your own accountability, and envision the good outcome

In this process, we’re remembering who we are, as co-creators of reality. We’re accepting responsibility for the fact that we let the situation become what it is today, because of our passive trust in those who have become corrupted — but we’re forgiving ourselves, trusting in God, and coming together.

So the only way left is to grow up, personally and as a species. When we do this — by taking responsibility and putting our Inspired Will into the world — we open the door to a future of awakening, freedom, and peace for all humanity.