With the ongoing mainstream media blackout on questions regarding vaccine safety, we want to remind of the publication – and subsequent retraction – of Robert F. Kennedy Jr.’s 2005 article Deadly Immunity on the website Salon. 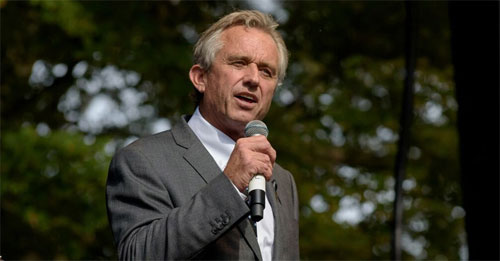 The history of repression of crucial vaccine safety data runs deep. The article laid out the scientific link between thimerosal and childhood neurological disorders and published explosive excerpts from the transcripts from the CDC’s secretive June 2000 Simpsonwood conference which brought together government public health officials, vaccine manufacturers and professional medical associations. The article was groundbreaking at the time and received lots of media attention for uncovering the cozy relationship between government and industry at the expense of children’s health. Even though a dozen years have passed, the article’s facts have stood the test of time. An important read for people new to the anti-vaxx movement and long-time advocates alike.

In June 2000, a group of top government scientists and health officials gathered for a meeting at the isolated Simpsonwood conference center in Norcross, Georgia. Convened by the Centers for Disease Control and Prevention, the meeting was held at this Methodist retreat center, nestled in wooded farmland next to the Chattahoochee River, to ensure complete secrecy.

The agency had issued no public announcement of the session — only private invitations to fifty-two attendees. There were high-level officials from the CDC and the Food and Drug Administration, the top vaccine specialist from the World Health Organization in Geneva and representatives of every major vaccine manufacturer, including GlaxoSmithKline, Merck, Wyeth and Aventis Pasteur.

All of the scientific data under discussion, CDC officials repeatedly reminded the participants, was strictly “embargoed.” There would be no making photocopies of documents, no taking papers with them when they left.

“I was actually stunned by what I saw,” Verstraeten told those assembled at Simpsonwood, citing the staggering number of earlier studies that indicate a link between thimerosal and speech delays, attention-deficit disorder, hyperactivity and autism.

The federal officials and industry representatives had assembled to discuss a disturbing new study that raised alarming questions about the safety of a host of common childhood vaccines administered to infants and young children.

According to a CDC epidemiologist named Tom Verstraeten, who had analyzed the agency’s massive database containing the medical records of 100,000 children, a mercury-based preservative in the vaccines — thimerosal — appeared to be responsible for a dramatic increase in autism and a host of other neurological disorders among children.

Since 1991, when the CDC and the FDA had recommended that three additional vaccines laced with the preservative be given to extremely young infants — in one case, within hours of birth — the estimated number of cases of autism had increased fifteenfold, from one in every 2,500 children to one in 166 children. 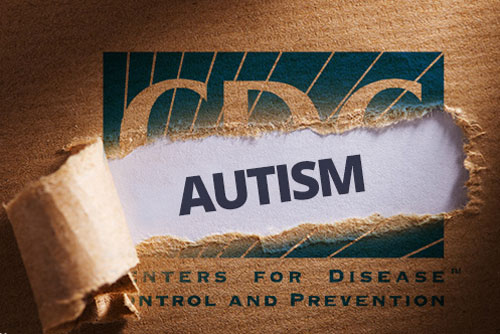 Even for scientists and doctors accustomed to confronting issues of life and death, the findings were frightening.

“You can play with this all you want,” Dr. Bill Weil, a consultant for the American Academy of Pediatrics, told the group. The results “are statistically significant.” Dr. Richard Johnston, an immunologist and pediatrician from the University of Colorado whose grandson had been born early on the morning of the meeting’s first day, was even more alarmed. “My gut feeling?” he said. “Forgive this personal comment — I do not want my grandson to get a thimerosal-containing vaccine until we know better what is going on.”

But instead of taking immediate steps to alert the public and rid the vaccine supply of thimerosal, the officials and executives at Simpsonwood spent most of the next two days discussing how to cover up the damaging data.

According to transcripts obtained under the Freedom of Information Act (FOIA), many at the meeting were concerned about how the damaging revelations about thimerosal would affect the vaccine industry’s bottom line ($$$).

“We are in a bad position from the standpoint of defending any lawsuits,” said Dr. Robert Brent, a pediatrician at the Alfred I. du Pont Hospital for Children in Delaware. “This will be a resource to our very busy plaintiff attorneys in this country.”

Dr. Bob Chen, head of vaccine safety for the CDC, expressed relief that “given the sensitivity of the information, we have been able to keep it out of the hands of, let’s say, less responsible hands.”

Dr. John Clements, vaccines advisor at the World Health Organization, declared that “perhaps this study should not have been done at all.” He added that “the research results have to be handled,”warning that the study “will be taken by others and will be used in other ways beyond the control of this group.”

In fact, the government has proved to be far more adept at handling the damage than at protecting children’s health. The CDC paid the Institute of Medicine to conduct a new study to whitewash the risks of thimerosal, ordering researchers to “rule out” the chemical’s link to autism. It withheld Verstraeten’s findings, even though they had been slated for immediate publication, and told other scientists that his original data had been “lost” and could not be replicated. And to thwart the Freedom of Information Act, it handed its giant database of vaccine records over to a private company, declaring it off-limits to researchers. By the time Verstraeten finally published his study in 2003, he had gone to work for GlaxoSmithKline and reworked his data to bury the link between thimerosal and autism.

Vaccine manufacturers had already begun to phase thimerosal out of injections given to American infants — but they continued to sell off their mercury-based supplies of vaccines. The CDC and FDA gave them a hand, buying up the tainted vaccines for export to developing countries and allowing drug companies to continue using the preservative in some American vaccines — including several pediatric flu shots as well as tetanus boosters routinely given to eleven-year-olds.