Gardasil, considered the most dangerous vaccine on the market, may soon be pushed for infants 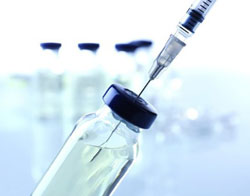 Gardasil has been the subject of controversy for many years now. In fact, it has even been regarded as one of the most dangerous vaccines on the market today. Perhaps what is most alarming about this treacherous vaccine, however, is the fact that its manufacturer, Merck & Co, now wants to begin marketing their product to infants – and trials on babies have already begun. Merck recently launched a Gardasil vaccine trial on children at least one year old, and itʼs set to conclude in early 2017.

You read that right. A pharmaceutical giant is testing a vaccine for an STD (sexually transmitted disease) on babies. It doesnʼt really get more corrupt and outrageous than that, now does it?
Gardasil was developed for the STD known as HPV, and was approved by the FDA in 2006. The disease did not become of concern until the 1980s, when research first suggested that there may be a link between HPV and cervical cancer. However, whether this link actually exists has been a major point of contention. There are several hypotheses that explain why HPV may not actually cause cancer, but one particularly interesting theory was expressed by McCormack et al in their paper published by the journal Molecular Cytogenetics in 2015. The research team also raised several significant questions about the prevailing theory on the connection between HPV and cervical cancer. For example, HPV is present in 70 to 80 percent of the American adult population, so why does cervical cancer only effect one out of every 10,000 women?

According to their paper, neither HPV nor genetic predisposition is required for the onset of cervical cancer. In fact, all of the cervical cancer cells analyzed during the course of their study contained new abnormal karyotypes. The genetic makeup of these new abnormal karyotypes suggested that the cervical cancers originated within the karyotypes, and not from a virus.
A karyotype is the size, number and shape of chromosomes within an organism. Their theory, called the Karyotypic Speciation Theory, essentially suggests that “carcinomas are generated de novo from cellular chromosomes, genes and proteins, which are not immunogenic in the host of origin (just like all other cancers).” As SaneVax.org explains, in this theory, hypothetical cancer cells that are generated by viral proteins (such as HPV) would be eliminated by antiviral immunity.

So to put it simply, the researchers posit that these changes to cell chromosomes were occurring independent of viral stimuli (which would be HPV), rather than because of it – which in turn renders vaccination for such a thing relatively useless. SaneVax.org notes that even after 25 years of research on HPVʼs link to cancer, no definitive answers on how or why it causes cancer have been found. 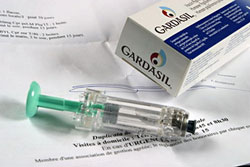 While the link between HPV and cancer remains obscured, there is no shortage of evidence that the Gardasil vaccine does more harm than good. The vaccine has been linked to causing cervical cysts, crippling autoimmune diseases and even destroying womenʼs ovaries. Merck has even admitted that they “forgot” to see how a vaccine that was initially targeted at young women might effect a key component of their reproductive systems – their ovaries. Some have even died almost immediately following vaccination.

Despite the claims of safety being pushed out by the media, the medical industry and Big Pharma, the evidence that the Gardasil vaccine is a damaging injection continues to pile up. Even industry professionals have come forward to express their concerns. Dr. Dianne Harper, a leading HPV researcher that was involved in the approval of Gardasil, has cautioned, “Gardasil has been associated with at least as many serious adverse events as there are deaths from cervical cancer developing each year.”

Jabbing infants with this vaccine isnʼt just unwarranted, itʼs barbaric. If it wasnʼt for independent research, and the bravery of those who speak out, the propaganda machine would continue to run unopposed and without consequence.