“If you tell a lie big enough and keep repeating it, people will eventually come to believe it. The lie can be maintained only for such time as the State can shield the people from the political, economic and/or military consequences of the lie. It thus becomes vitally important for the State to use all of its powers to repress dissent, for the truth is the mortal enemy of the lie, and thus by extension, the truth is the greatest enemy of the State.” Joseph Goebbels, Reich Minister of Propaganda, 1933-1945 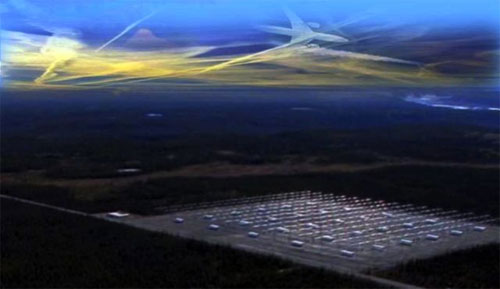 Until U.S. President Donald Trump announced the formation of the Space Force in 2018, most Americans were unaware of the existence of the present militarized Space Age, despite more than 50 years of a secret space program cloaked first in the Cold War and then in what is now called geoengineering.

The American entry into the race to control space began in 1945 when Operation Paperclip brought 10,000 Nazi engineers, technicians, doctors, and scientists to the United States to create technological wonders. For example, aerospace engineer Arthur Rudolph, former colleague of SS aeronautics engineer Wernher von Braun (director of Marshall Space Flight Center), had been Hitler’s director of the Mittelwerk underground rocket factory nicknamed “Dante’s Inferno” where 52,000 prisoners turned out 6,000 V-2 rockets. From 1951 to 1961, Rudolph worked for Martin Marietta in Waterton, Colorado, after which he became project director of the Saturn V rocket program. Rudolph became an American citizen and received the Distinguished Service Award. In 1984, he renounced his U.S. citizenship and returned to Germany, having faithfully served the transfer of the Third Reich secret space program to the United States.

Obtaining the “final frontier” of space necessitated total command and control (C2) over global airspace, near-earth orbit (NEO), and atmospheric and space weather. While the military researched weather control throughout the Cold War, mainstream media and embedded scientists kept up a litany of dire warnings of a “little ice age,” “greenhouse gases,” and “desertification” that would later morph into “extreme weather,” “global warming,” “climate change,” etc. – all to keep the dollars flowing.

International conferences packed with PhDs recommended expensive “solutions” under the rubric of geoengineering, defined by the Stanford Environmental Law Journal as the intentional human-directed manipulation of the Earth’s climatic systems. What was never mentioned at these showcase conferences was the secret space program and how the military-industrial-intelligence complex sought to turn weather into a “force multiplier” for seven military operations: (1) weather modification, (2) environmental / geophysical modification, (3) electromagnetic manipulation, (4) military full spectrum dominance, (5) biological manipulation, (6) intelligence / surveillance, and (7) detection / obscuration of exotic propulsion technology.

Infiltration and co-optation, compartmentalization, confidentiality agreements, backroom deals, threats, bribes, skewed research, packed peer review committees, embedded international media – one can only marvel at the legerdemain and sheer deception it takes to steer international conferences, committees, publishing houses, news outlets, and university and elementary school curriculi so as to construct a vast global house of cards built on turning carbons – the building blocks of all of life – into the culprit behind global warming. It is quite the con, given that CO2 is just above the minimum needed to sustain plant life, and nations should be increasing their CO2 instead of being penalized for the CO2 they have.

In 2012, climatologist Tim Ball stressed one more time that CO2 is not a greenhouse gas:
“The Warmist position is fixed because it was achieved by corruption of the science and the scientific method. Science advances through proposing a hypothesis. Scientists then function as skeptics and challenge the assumptions on which they are based. The hypothesis became fact through the design of the Intergovernmental Panel on Climate Change (IPCC). It’s the pattern of science driven by environmentalism as a political agenda. Deliberate personal and professional attacks sidelined the few who tried to be scientific skeptics. These attacks were reinforced by mainstream media, who also accepted and promoted the hypothesis.” 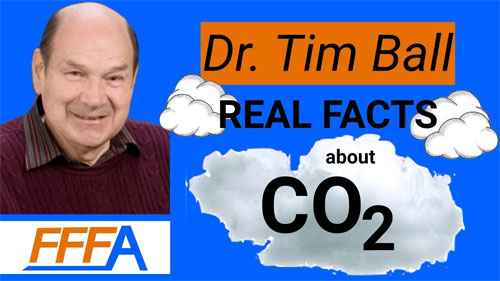 The truth is that ionospheric heaters like HAARP are being used to modify the atmosphere (thus heating it), while carbon taxes and emissions trading support the secret space program.

But what of “science” during all of this politicizing of the climate? Control over scientists and the various institutions of the scientific apparatus has been tight since the Paperclip Nazi takeover at the beginning of the Cold War. The peer review system has been utterly co-opted by the military-industrial-intelligence complex that controls the purse strings and thus favors some theories and scientists while banishing others to the outer darkness of non-publication and stonewalled careers.

Nobel Laureate biologist Sydney Brenner:
“I think peer review is hindering science. In fact, I think it has become a completely corrupt system. It’s corrupt in many ways, in that scientists and academics have handed over to the editors of these journals the ability to make judgment on science and scientists. There are universities in America, and I’ve heard from many committees, that won’t consider people’s publications in low impact factor journals it puts the judgment in the hands of people who really have no reason to exercise judgment at all. And that’s all been done in the aid of commerce, because they are now giant organizations making money out of it.”

Social commentator Charles Eisenstein describes the outer-darkness opposition to cutting-edge scientists like those exploring Electric Universe theory as that of a “powerful orthodoxy against a marginalized heterodoxy”:
“If you have faith in the soundness of our scientific institutions, you will assume that the dissidents are marginalized for very good reason: their work is substandard. If you believe that the peer review process is fair and open, then the dearth of peer-reviewed citations for [Electric Universe] research is a damning indictment of their theory. And if you believe that the corpus of mainstream physics is fundamentally correct, and that science is progressing closer and closer to truth, you will be highly skeptical of any major departure from standard theories. Can we trust scientific consensus? Can we trust the integrity of our scientific institutions? Perhaps not. Over the last few years, a growing chorus of insider critics have been exposing serious flaws in the ways that scientific research is funded and published, leading some to go so far as to say, ‘Science is broken’.”

In the forty years between 1973 and 2013, decisions as to which scientific papers merited publication and which didn’t fell to only six major publishers – ACS; Reed Elsevier; Sage; Taylor & Francis; Springer; and Wiley-Blackwell) – all in the back pocket of Big Pharma and the medical industry that profit from sickness, not health:
“As long as publishing in high impact factor journals is a requirement for researchers to obtain positions, research funding, and recognition from peers, the major commercial publishers will maintain their hold on the academic publishing system,” Professor Vincent Lariviere, lead author of the study from the University of Montreal’s School of Library and Information Science.

Then there is the omnipresent danger quotient far beyond loss of career for scientists working on classified projects. In the early days of the “Star Wars” Strategic Defense Initiative (SDI) now culminating in the Space Fence, two dozen scientists and experts working for Marconi and Plessey Defence Systems either disappeared or died under “mysterious circumstances.” Most were microbiologists. The scientist death toll continued into the 1990s and post-9/11.13. Now, the targets appear to be naturopathic doctors and health-minded MDs peering behind the curtains of Big Pharma vaccinations, autism, and cancer-for-profit.

During Germany’s Third Reich, it was the secretive Ahnenerbe that controlled science; today in America, it is “national security” secrecy manipulated by giant defense corporations dedicated to the secret space program.

Science has been broken on a rack of secrets owned by the few and denied the majority.

The Federal Government has been involved for over 30 years in a number of aspects of weather modification, through activities of both the Congress and the executive branch. Since 1947, weather modification bills pertaining to research support, operations, policy studies, regulations, liabilities, activity reporting, establishment of panels and committees, and international concerns have been introduced in the Congress. There have been hearings on many of these proposed measures, and oversight hearings have also been conducted on pertinent ongoing programs.